The all-electric skate will have a maximum speed of 155 miles per hour. 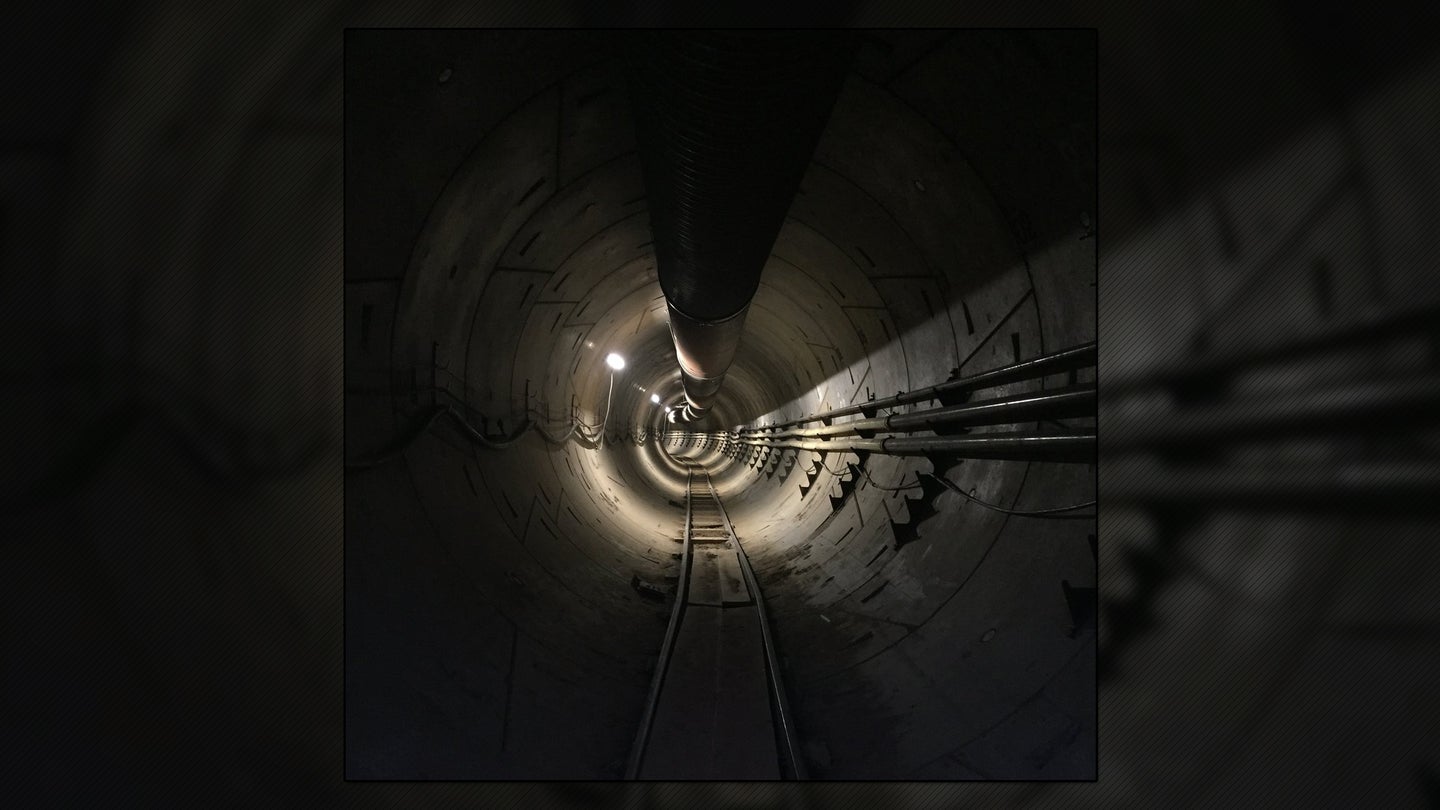 Elon Musk took to Twitter on Sunday evening to announce the opening date of his first high-speed transit tunnel in December. Constructed by one of the billionaire's side projects, The Boring Company, the nearly two-mile-long underground subway will transport passengers using electric "skates" which travel up to 155 miles per hour.

The Test Tunnel, as it's called, is the first leg of Musk's underground tunnel system located underneath the streets of Hawthorne, California. It will officially open on December 10th with a celebratory launch event to mark the launch. On the following day, December 11th, the public will be invited to trial rides on the two-mile test course at no cost.

The current course of the Test Tunnel is from sister company SpaceX's headquarters in Hawthorne, California and stretches "for up to" two miles along Crenshaw Blvd.

Earlier this year, The Boring Company acquired a property along the route which it plans to install a test elevator that would descend from the surface to the tunnel. According to the company, this would help to demonstrate the feasibility of using underground transport systems combined with the all-electric skates in order to quickly transport drivers between two key points, helping to alleviate congestion on surface streets.

Musk's endeavor has several existing projects, including the Dugout Loop which would connect the Dodger Stadium to outer Los Angeles, as well as the East Coast Loop that is proposed to enable fast transportation from Baltimore to Washington D.C. The Boring company also has a deal with the City of Chicago to construct a loop that would speed up transportation to and from O'Hare International Airport, however, some activists have criticized the plan and sued the city over lack of information on the project.