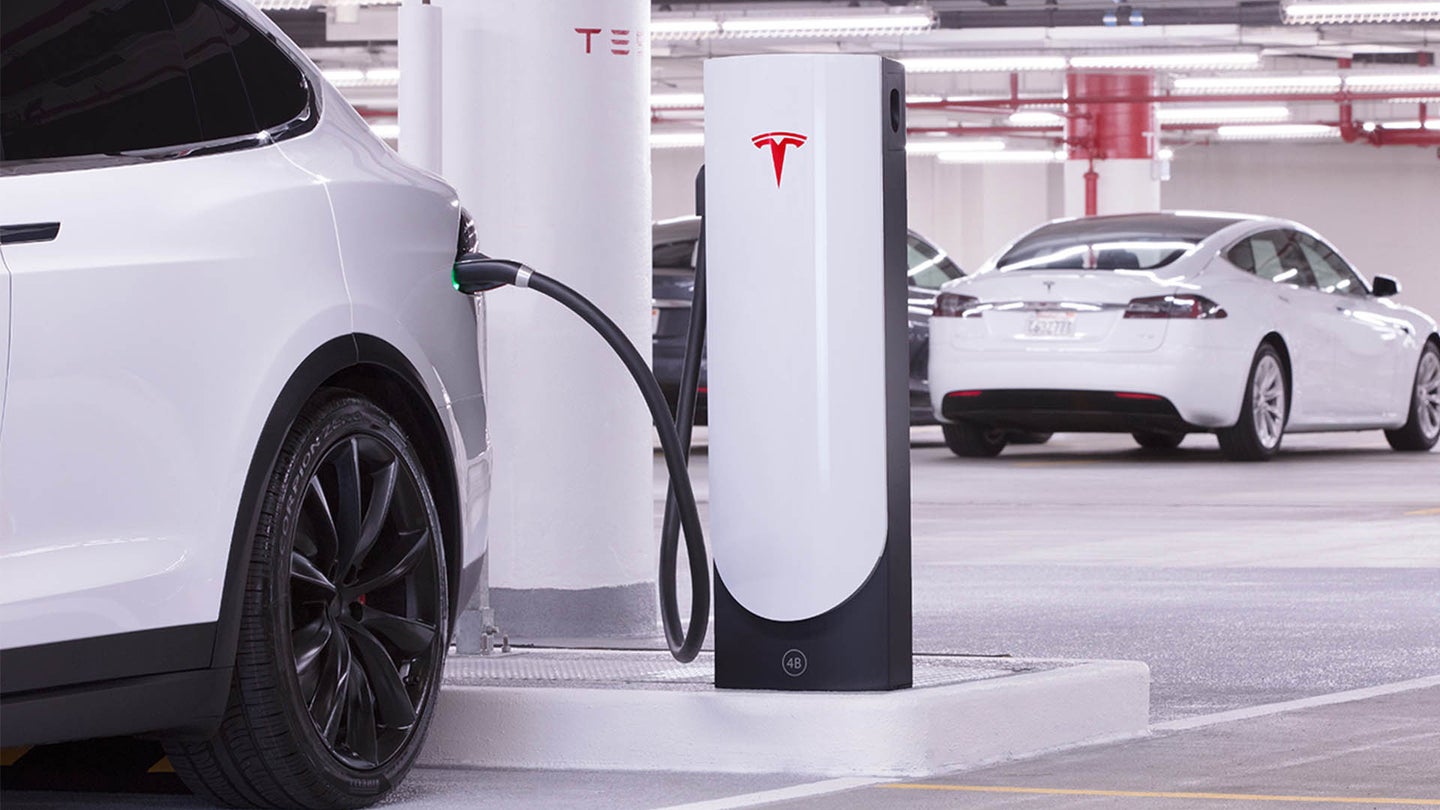 In a surprise tweet Monday night, Tesla CEO Elon Musk revealed that the American automaker will begin rolling out its next-generation Supercharging systems in early 2019. Along with an increased charging speed, the new hardware is said to strengthen Tesla's Supercharging network even further, bringing it within close range of customers in its active markets.

Musk doesn't mention just how fast the new chargers will transfer electricity to vehicles, nor which cars on the road today will be able to accept the increased charging rate. Recently, Tesla's increasing competition has begun to install ultra-fast 350-kilowatt chargers, enabling owners of luxury cars (such as both Porsche and Audi) to save valuable time by charging to 80 percent in under 15 minutes.

Tesla's also hasn't released details on just how quickly its third-generation Superchargers will charge vehicles. In the past, Musk called Porsche's 350 kW chargers a "children's toy", so it's possible that the automaker is looking to make something even more powerful. Current charging standards crown CHAdeMO in the lead, providing as much as 400 kW of charging capacity, followed closely by CCS at 350 kW. Whether or not Tesla's current road-going cars can make use of the increased charging rate is another unknown.

Another bragging point by Musk is that Tesla will "double" its Supercharging capacity by the end of 2019, bringing somewhere between 95 and 100 percent of the population in the markets that Tesla serves within driving distance of a Supercharger. It is unclear how Tesla defines doubling capacity; if this refers to just charge rate, then a software update or simple hardware refresh may be needed at the Supercharging stations. Currently, each Supercharging station can provide up to 145 kW of charging capacity split between two cars. No single car can draw more than 120 kW at one time, meaning that a charge to 80 percent capacity can take around 30 minutes.

The reality of Tesla reaching Musk's projected goal of doubled capacity is anyone's guess, as the CEO has a habit of over-promising and under-delivering, specifically via Twitter. Last year, Tesla said that it would install 18,000 Superchargers by year-end 2018, however, current counts on Tesla's websites suggest that this target will be missed. The automaker actively lists that it operates 11,414 Superchargers across 1,375 different locations.