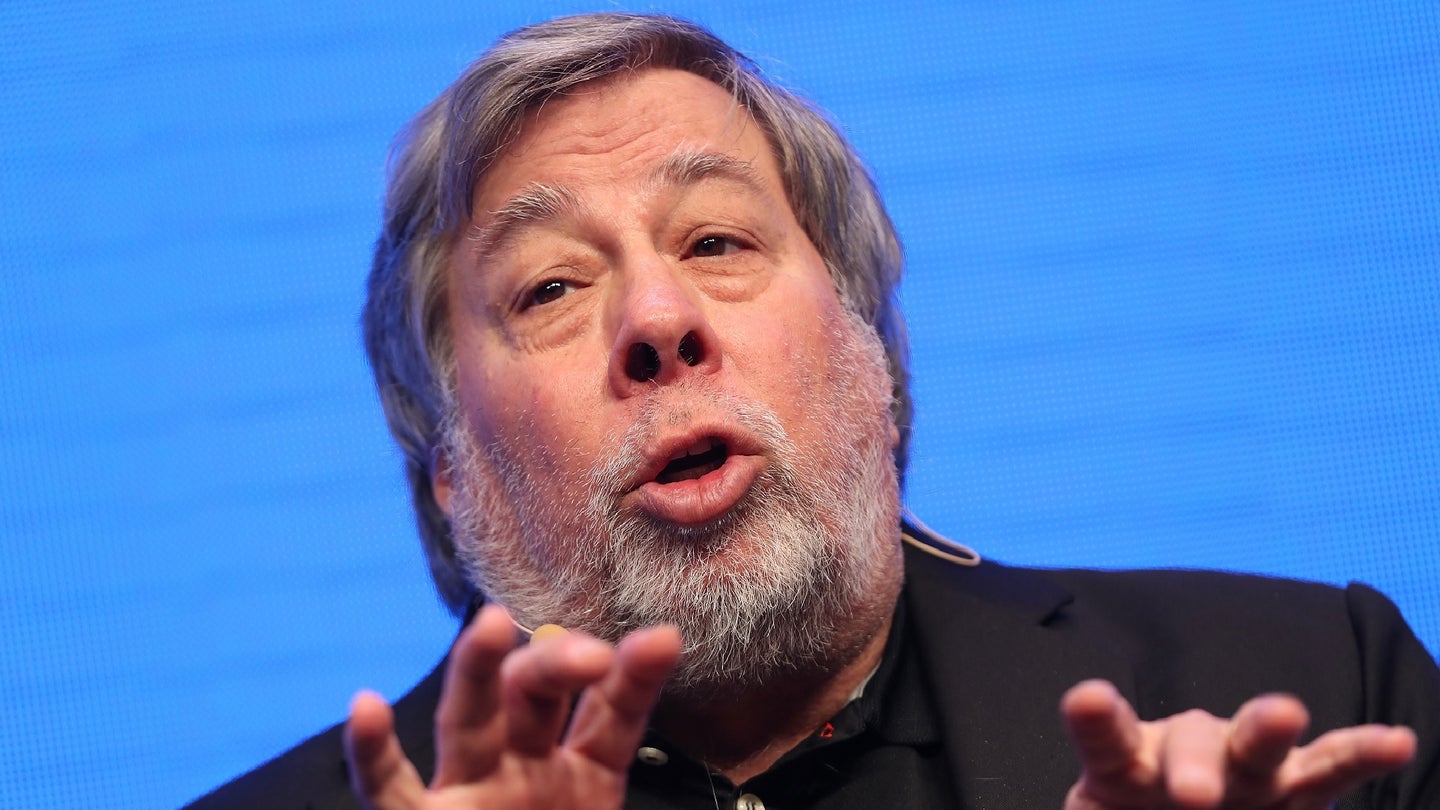 What did the one mega-rich tech mogul say to the other mega-rich tech mogul? Apparently, the answer is “I don’t believe anything you say.” According to CNBC, while speaking to an audience at the Nordic Business Forum last week Apple co-founder Steve Wozniak said, “Now, I don’t believe anything Elon Musk says.” He did point out that he still loves driving his Tesla though.

Wozniak, also known as “The Woz,” outlined several times that Elon Musk has thrown these promises out there that simply haven't been kept. Often times these are pie-in-the-sky ideas for technological advancement that just don’t seem to pan out. "They came out with some sensors that Elon Musk said would [allow the car to] drive itself across the country to where you were by the end of 2016. Oh, I had to have that! Then they discovered those sensors would never drive across the country, so they got rid of their sensor company. They put in new sensors, instead of one camera, eight cameras, and that one will drive itself across the country by 2017. I believed that stuff.”

It's pretty well documented that Elon likes to throw these impossible deadlines out there in order to push his company forward. I don’t think he’s being deceptive or purposely misleading people, I think he’s just very ambitious. Kind of like when I tell my girlfriend I’m going to fix the garage door and take care of the garbage this weekend. I mean, well, it just never happens.

The Woz even threw a little shade at Tesla’s autopilot system, saying that other car manufacturers are well ahead of the Tesla’s technology. “Man. you have got to be ready. It makes mistakes, it loses track of the lane lines. You have to be on your toes all the time. All Tesla did is say, 'It is beta so we are not responsible. It doesn't necessarily work, so you have to be in control.’ I will tell you, that car does so little. Everything I read told me every other car manufacturer in the world, the Audi's the BMW and all, were actually ahead of Tesla for self-driving cars.”

Then at the end, Woz threw in the fact that he drives the Chevy Volt EV instead of the Tesla as his daily driver. Hey, at least Tesla doesn’t make its old cars obsolete every few years.