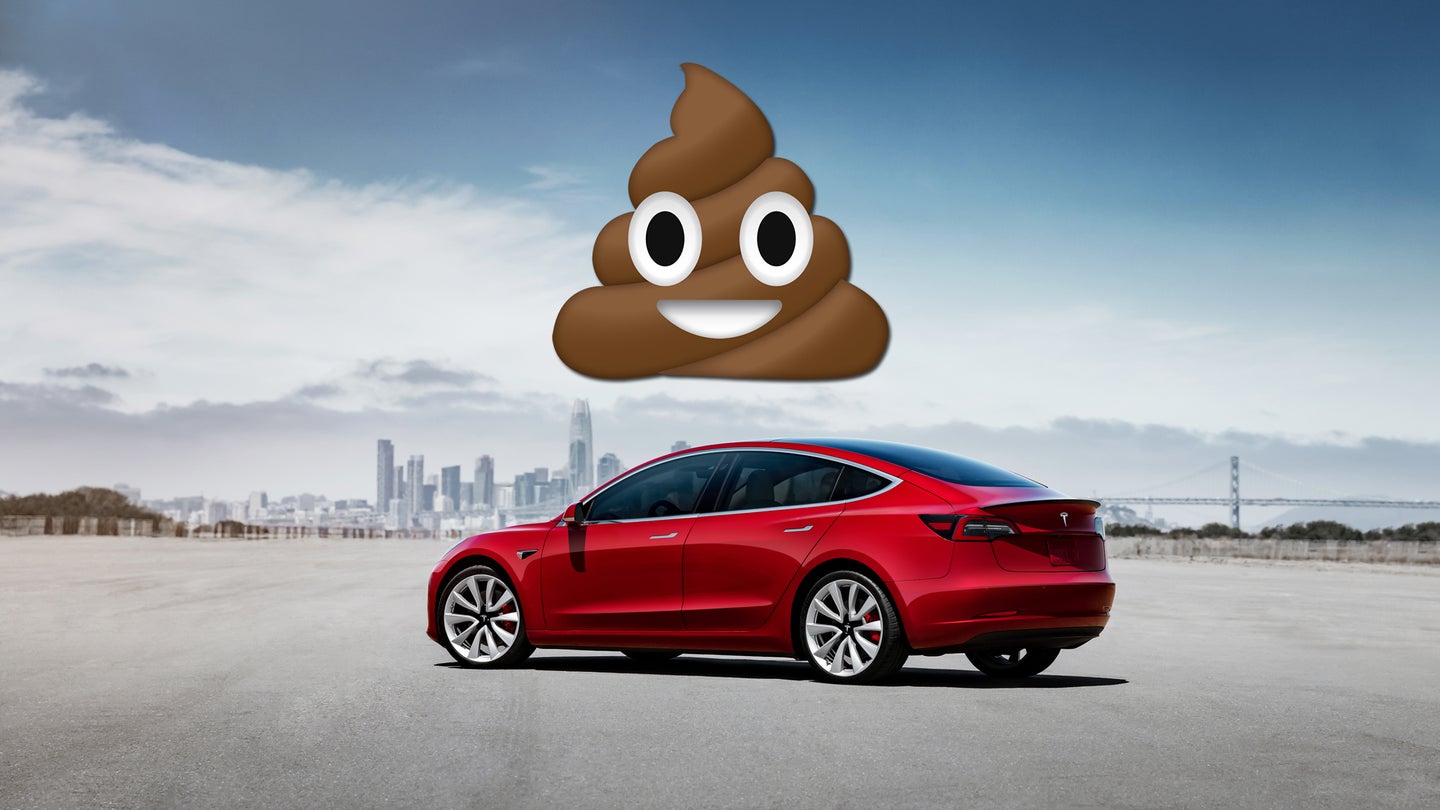 A little bit of toilet humor goes a long, or at least that's what the jesters at Tesla are banking on with the newest (aptly named) "Emissions Testing Mode" Easter Egg released earlier this week.

In an over-the-air update pushed to road-going Teslas, the vehicles now gain the ability to produce not one, not two, but six different fart noises on-demand. A seventh mode caters to the irresolute, picking a sound clip at random from the orchestral array. Flatulence engagement occurs when using the turn signal and rotating the steering wheel.

The jest continues, as each of the farts is named after something Musk-related (and that's not a scent pun). When turning on Emissions Testing Mode, purveyors of poot can choose from one of the following:

To top things off, Musk (being the prankster that he is) agreed to add a remote capability which would add "fart on demand" to the Tesla mobile app, just in case the owner wanted to play a prank while someone else was driving the car.

Though definitely a silly feature, the Easter Egg pushed to the cars over-the-air shows a lot more than just funny business. It reminds us that Tesla, unlike most other car manufacturers, doesn't dwindle on post-vehicle development. Imagine fleet-wide deployments of software updates, additional features, and even having a suggestion on Twitter turned into an actual feature deployed to every Tesla in the entire world.

Tesla often sells itself on being one of the most connected vehicles on the market today. In fact, owners who recommend the cars to others even use "buying the future" as their unofficial sales pitch. If these on-demand fart noises are symbolism of how vehicle ownership works in the future, I want in.