Elon Musk has canceled and revived the program throughout the years, but it appears this time it's final. 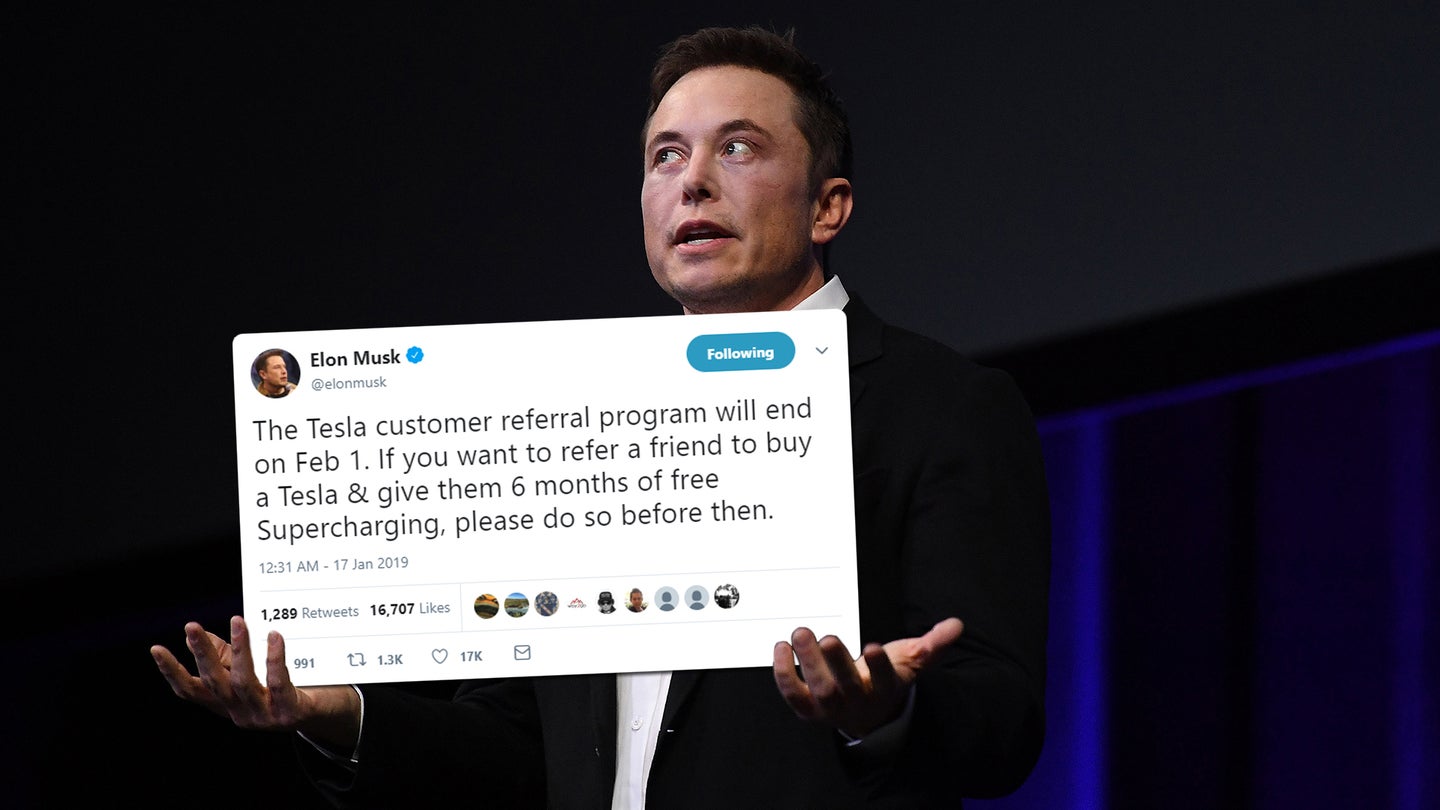 CEO Elon Musk confirmed on Wednesday night that Tesla would end its controversial referral program one last time. The automaker, which has cancelled and revived a program in which owners can reap rewards for referring new customers who buy a Tesla, says that maintaining the incentives are just too costly and is responsible for adding an unnecessary burden on the price of its vehicles.

This isn't the first time Tesla has ended its referral program. In fact, it's not the second or even third time that Tesla has attempted to sway buyers into purchasing their cars and owners to shill out the brand in a push to earn a free child-sized Model S toy, Tesla-branded charger with Elon Musk's signature, or performance package wheels for their car.

A higher number of referrals earn unique experiences, like racing Tesla's upcoming all-electric semi truck around a test track. Previously, Tesla has even instilled "secret level" rewards where top-referrs could even earn a free $250,000 next generation Tesla Roadster if 55 of your referrals bought a Model S or Model X (and some did).

Between buyers falling for repeatedly injected FOMO (fear of missing out) and existing owners using it as an incentive to push the sale of Tesla vehicles, the referral program itself has generated mixed opinions across the industry. Some owners enjoy the reward and sharing their experiences with other owners, but key industry players have complained that Tesla has effectively created a team of "rogue salespeople" and released them into the wild with no regulation. Some, despite the program's guidelines, spam forums and Facebook groups with referral codes like a friends from high school who is peddling the newest multi-level marketing product.

Tesla has been actively working to find ways to cut costs on production. The ultimate goal is to reduce the cost to manufacture the Model 3 to meet its long-promised $35,000 price point, something which Musk said that as of Q3 2018, Tesla could not produce with reliable profits despite discussing the possibility of a $25,000 car by 2021. It's possible that the referral program may have been identified as a weak link, creating unnecessary overhead to the overall cost of the vehicle..

"It’s adding too much cost to the cars," said Musk "Especially Model 3"

In a previous memo to employees in 2015, Musk noted that Tesla determined the cost to sell a vehicle through a dealership amassed to around $2,000 while the referral program allowed the discount to be passed to consumers. It seems that Tesla may now believe that either its footing is strong enough to end the program, or the referrals are costing more than anticipated and eclipsing the cost of its internet-heavy sales method which allows a no-questions-asked return within three days of buying the car.