Musk Says Tesla Could Build a $25,000 Car in 'Three Years' If It Worked Very Hard

Tesla has identified some of its shortcomings and hopes to improve them while lowering prices. 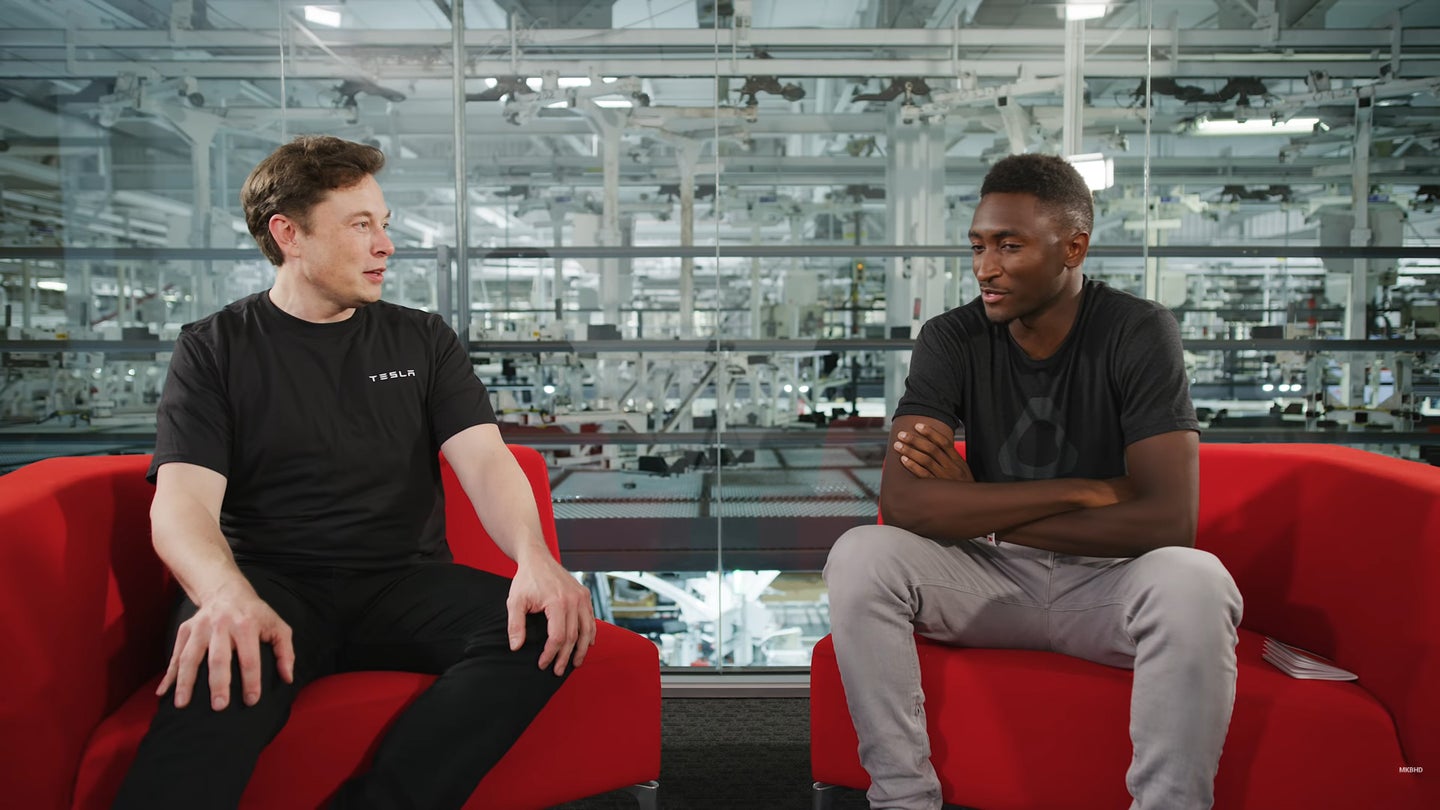 Despite Tesla's $35,000 Model 3 not yet being available to consumers, CEO Elon Musk believes that the company can still do better. In a recent interview with popular technology YouTuber Marques Brownlee, Musk talks about the future of Tesla products and how the company plans to achieve volume on-par with larger automakers.

One goal that Tesla has been working on is an even more affordable price point for its vehicles; however, the company simply isn't there yet. Many industry researchers have been claiming that Tesla's current break-even for the Model 3 is at an even higher price point than it plans on selling its lowest trim Model 3. Musk states that if Tesla worked very hard at meeting a goal of a $25,000 car, the company may be able to "do it in three years," but there are factors which limit just how fast the vehicles can become cheaper to purchase.

Something to keep in mind when considering Tesla's place in the market is the company's shortcomings when compared to others. First, Tesla is a relatively new auto manufacturer. Originally opening its doors in 2003, it took the company nearly five years to deliver the first Tesla Roadster and another four years to move its status from a low-volume production company with Lotus as its primary coachbuilder to an independent luxury electric car manufacturer. Other U.S.-based car companies, such as Ford and Chevrolet, are over a century old and have the ability to mass-produce vehicles with their already well-established economies of scale.

Musk identifies the car industry to be "insanely competitive," insinuating that Tesla's entry into the market is also disruptive because it isn't a traditional car company. Not only is it focused on making its vehicles solely electric, which until recently was an afterthought for most car companies, but it's doing so with an approach that feels more like a software conglomerate than an automaker, which makes sense given Musk's professional background. Musk also discusses his time in the factory, stating that he spends somewhere between 80 and 90 percent of his time alongside workers on the production floor.

Tesla also prides itself on the way it sells vehicles. Not only does the automaker cut out the middleman by eliminating the dealer to provide a direct-to-consumer sales model, but the price configured is the price one pays. There are no discounts on the vehicles—Musk even pays full retail price on his own cars. This approach, among other factors, has lead consumers to ditch less expensive vehicles, such as the Toyota Prius, and flee directly into the arms of a new Model 3. To put it into perspective, a Prius starts at just over $23,000, while the Model 3, as currently able to be configured, will run consumers at minimum more than twice that cost. Of course, certain palpable luxury features of the Model 3 will also draw consumers to it, as well as the offer of free lifetime Supercharging taunting owners to buy a Performance edition car.

With all of the news surrounding some of Tesla's more preventable mistakes, the question of how the automaker can improve its processes comes to light. Musk agrees that Tesla simply isn't great at handling multiple projects, or at least not right now. In the future, as it improves, Tesla may be able to produce more vehicles simultaneously, but right now, it looks to focus its attention at around two at a time. This will help Tesla deal with its blight resources and maximize efficiency with its current resources.