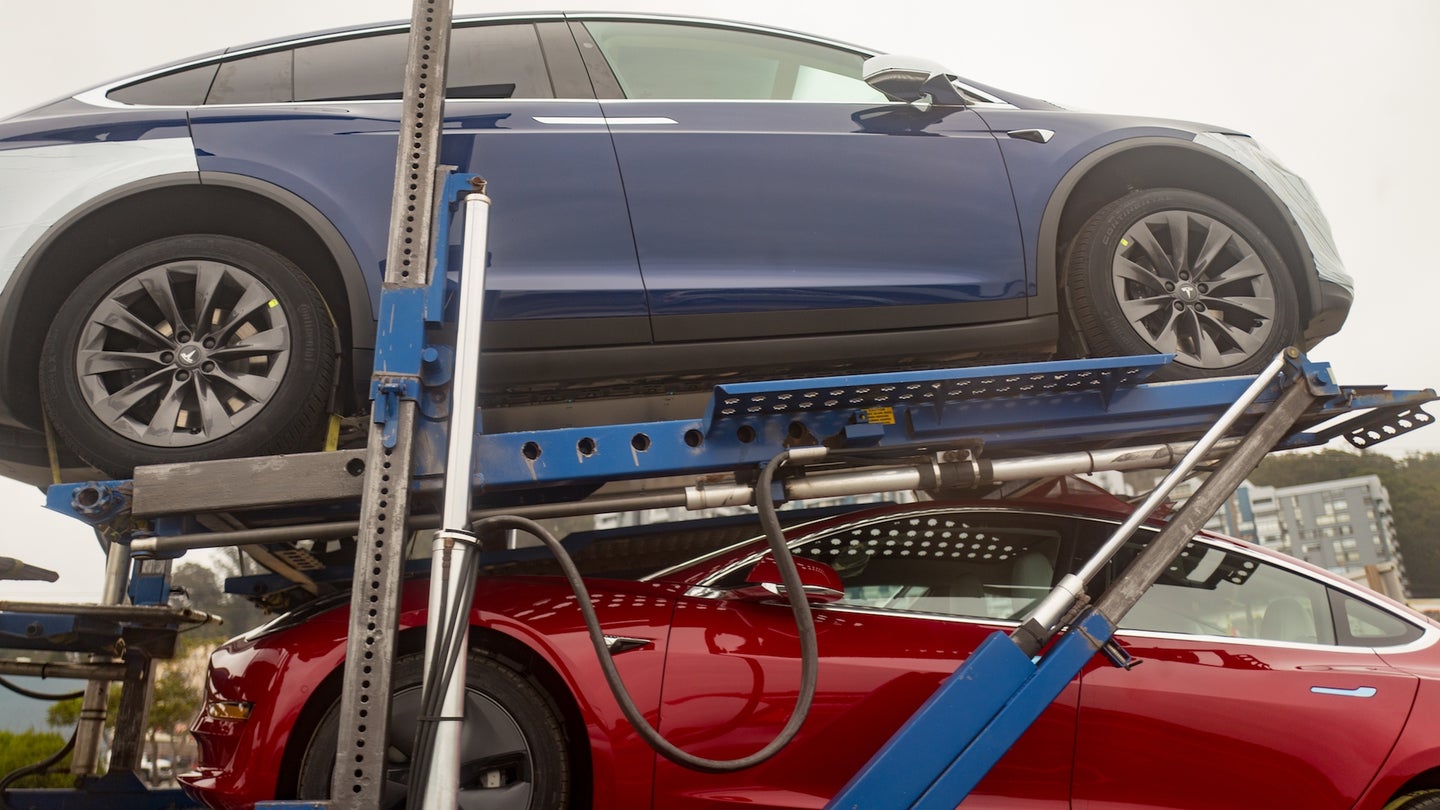 Tesla's production volume has begun to outpace its logistical capabilities, forcing the automaker to rethink how it moves vehicles from its assembly plant to the customer. One shortage, says CEO Elon Musk, has been car carriers; and that's why Tesla has decided to build its own.

Musk took to Twitter to respond to a customer inquiring about the status of their day-one reservation of a Model 3, explaining that there has been an "extreme shortage of car carrier trailers." As of the weekend, reports Musk, Tesla has taken the solution to the problem into its own hands.

Tesla deciding to opt for an in-house solution to this problem seems to be immediately counter-productive, as it further complicates the process for its vehicles to reach the customer versus paying a third party courier to worry about these things. However, it is also understandable that an influx of vehicle production could cause a shortage in the availability of immediate transportation resources. Musk's solution to the problem is undoubtedly unorthodox, but that's not something which has stopped the company before. Tesla's recent communal approach to front-lining Model 3 delivers shows that the automaker is full of creative resources to resolve problems.

All moves this month seem to be pointing towards Tesla pushing out vehicles quickly in order to make its goal of profitability in Q3 2018. It may be some time before Tesla's car carriers make their way onto the public streets, especially since they have just begun building them as of last week. Tesla will also need to go through the process of registering the carriers to obtain a Vehicle Identification Number (VIN), meaning that the DMV's involvement could elongate the resolution to Tesla's problem.

With the climb out of production hell picking up speed, Tesla has begun to streamline its production for America's favorite new electric sedan. It's unclear if this has allowed some breather room for new projects, like the car carriers, or if Musk's teams have begun putting the resources into doing what they do best; making the unlikely a reality.

We reached out to Tesla to find out more about these car carriers they plan to build, and we will update when we hear back.

Tesla owners have been eager to share their enthusiasm with new buyers and are now helping at their local delivery centers.

An Honest Tech Glossary for Micromobility, Tesla, and the ‘Cactus Effect’

The buzzwords are proliferating faster than Bird scooters in Los Angeles. Here, a handy glossary for the current mobility lingo.