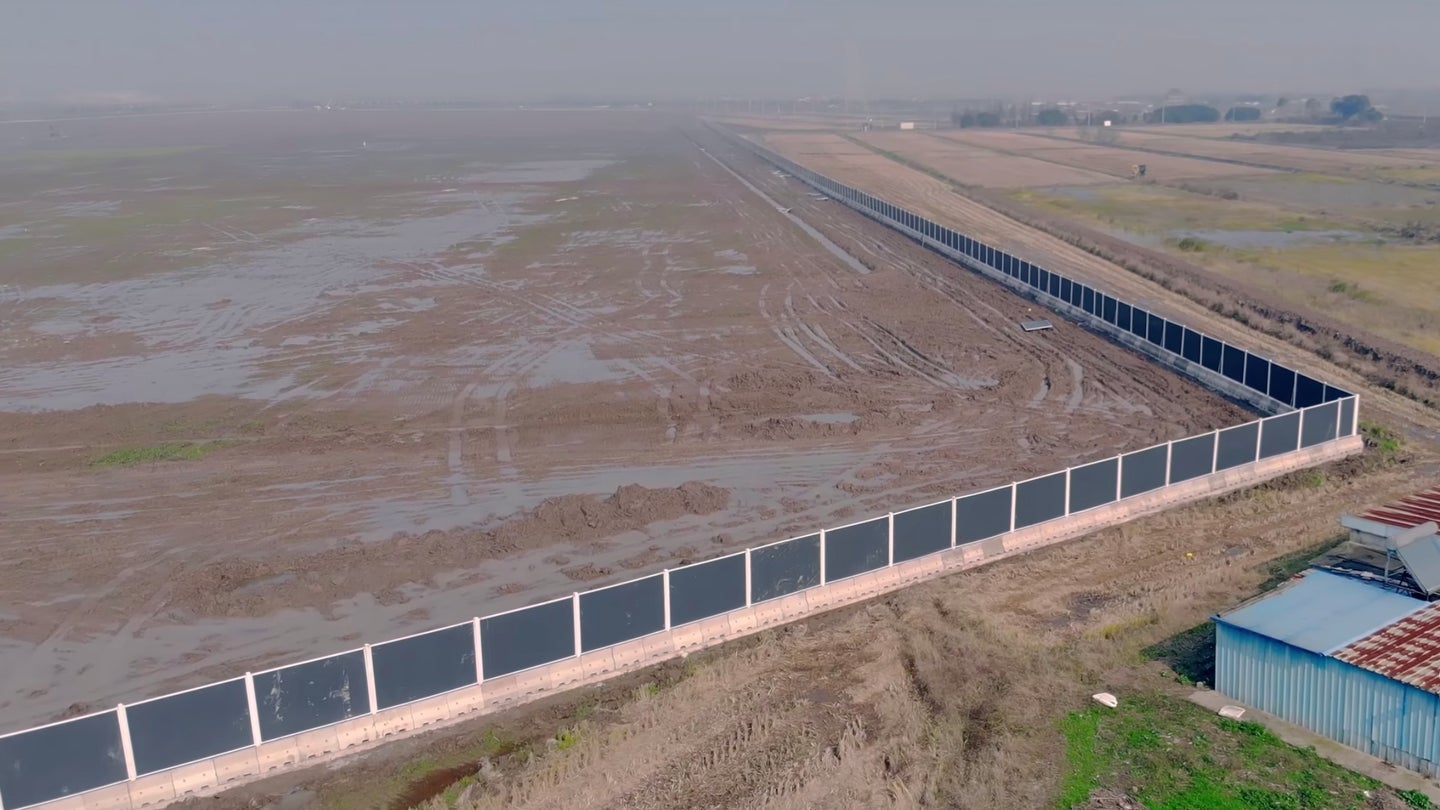 On the heels of finalizing the land purchase for its Gigafactory 3 in Shanghai, China in October, construction of Tesla’s facility has officially begun with a completed perimeter fence around the 534-square-mile property, Teslarati reports.

These first phases of construction in Shanghai’s Lingang Industrial Zone were fortunately captured by a camera-drone, and present an impressive, enormous plot of land. The footage arrives a little over a week after Tesla’s leaders in China met with Shanghai Mayor Ying Yong and Vice Mayor Wu Qing to let them experience the Model 3 first-hand. The meeting also saw regional officials asking Tesla and its partners to move forward with the Gigafactory 3’s construction as soon as possible.

Currently, of course, there’s little to see besides construction workers finishing the perimeter fence and onlooking ducks foraging for food.

Let’s take a look at the footage, courtesy of 烏瓦.

The exact figures involved in Tesla striking this land deal remain mysterious. The Shanghai Bureau of Planning and Land Resources recently told Reuters that a similar plot in Shanghai with almost identical dimensions sold for around $140.51 million at auction.

/As for the timeline here, naysayers of Tesla’s plans to begin vehicle production at Shanghai’s Gigafactory two years after site construction begins were met with a confident doubling-down when the company’s Q3 2018 vehicle production and deliveries report revealed an even shorter timeframe. Additionally, Tesla said it expects the Gigafactory 3 to be a “capital efficient and rapid buildout, using many lessons learned from the Model 3 ramp in North America.”

A lot of the confidence and fortuitous sequence of events here is likely related to the mutually beneficial relationship between the California-based company and the Chinese government. The automaker is able to utilize local workers and resources, for instance, with regional reports spotted by Teslarati claiming Tesla garnered interest loans from Shanghai banks that are so low they’ll account for around 30 percent of the factory’s estimated construction costs. On top of that, this winning bid went unchallenged, which would’ve allowed the company to spend its time focusing on the Gigafactory’s actual production plans instead of the requisite business dealings usually involved in such an endeavor.

This is the initial leap for Tesla in what it hopes will be a potential boon for both production and sales in China, one of the most important markets for many automakers. Manufacturing in China will substantially facilitate encroaching into the regional auto industry by letting Tesla avoid the import tariffs on its vehicles coming from the United States. As a result, the automaker could provide more appealing prices and capably compete with local electric vehicle competitors in China.