Analysts believe it's yet another sign China is ready to let more foreign companies compete in its home market. 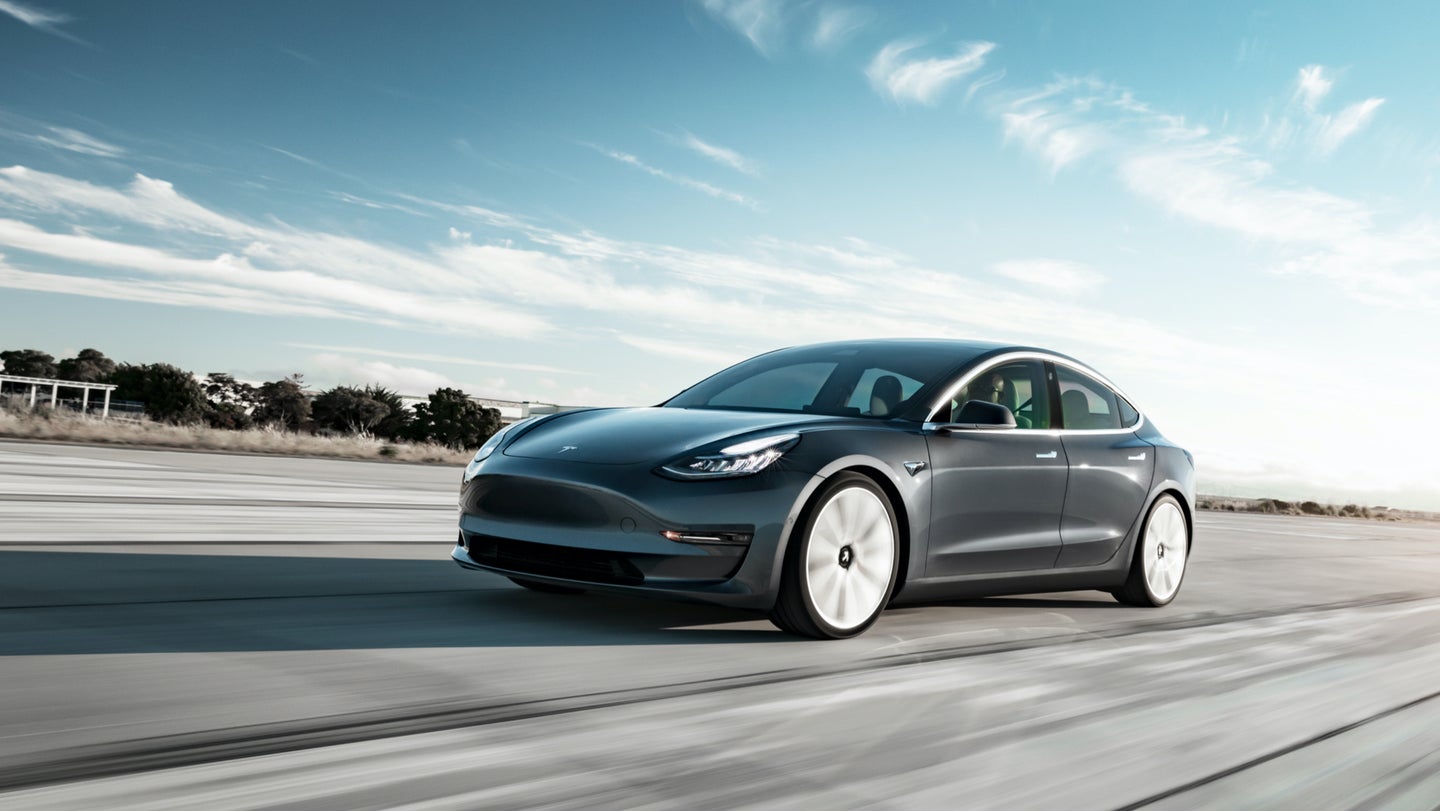 Tesla scored a huge break usually reserved for Chinese electric vehicle companies: an exemption from a 10-percent purchase tax on the vehicles it sells in China. According to Bloomberg, the exemption applies to all Tesla vehicles sold in the country. Friday's announcement from China's industry ministry sent Tesla shares up by as much as 4.8 percent in early morning trading—the biggest one-day jump since July 3 for the company.

The exemption was announced after Tesla CEO Elon Must spent two days in China earlier this week, speaking at the World Artificial Intelligence Conference in Shanghai and visiting the nearby Tesla factory that's under construction. The factory will soon build Tesla's best-selling car, the Model 3. Government news reports Musk also met with Chinese Transport Minister Li Xiaopeng on Friday in Beijing.

The timing of this big break is pretty meaningful, as U.S.-China trade relations are a bit unstable at the moment. President Donald Trump ordered American companies to look for alternatives to China just last week, only to later walk that back and claim that tensions between the two countries were calming down, Bloomberg notes.

So, in this context, for America's largest electric vehicle manufacturer to get a major concession from China is pretty meaningful. Moreover, it also signals that China wants its country's own electric vehicle companies to be able to compete against a high-profile marque like Tesla.

"It clearly shows the state’s attitude in introducing a strong competitor” when it comes to clean-tech vehicles, Yale Zhang told Bloomberg. Zhang serves as the managing director of Shanghai-based automotive consultancy AutoForesight. “For those domestic EV makers, now if you don’t run fast enough, you’ll be beaten up," Zhang continued.

In time, this could be a positive factor for Chinese manufacturers looking to sell their EVs outside of China. If they figure out how to compete with Tesla in their home market, which is one of the world's largest, then it could set them up for success elsewhere.

Should a U.S.-China trade war heat up once more, this concession puts Tesla at a unique advantage in the Chinese market, as it could offset some of the retaliatory tariffs that may be lodged on U.S.-made cars if the U.S. does instate tariffs on Chinese goods. Last week, China announced that it would increase American auto tariffs from 25 percent to 40 percent on Dec. 15, should the Trump administration's planned levies on Chinese exports go through as planned, Bloomberg reports. Evercore ISI analysts cited by Bloomberg claim that this new 40 percent rate would cost Tesla an additional $620 million.

Tesla already responded to the uncertainties facing its Chinese-market business on Friday by raising the prices of its cars in the People's Republic. Base model prices for the Model 3, Model S and Model X jumped up a little over 2 percent.