A State Senator said lawmakers have “no plans” to move it forward. 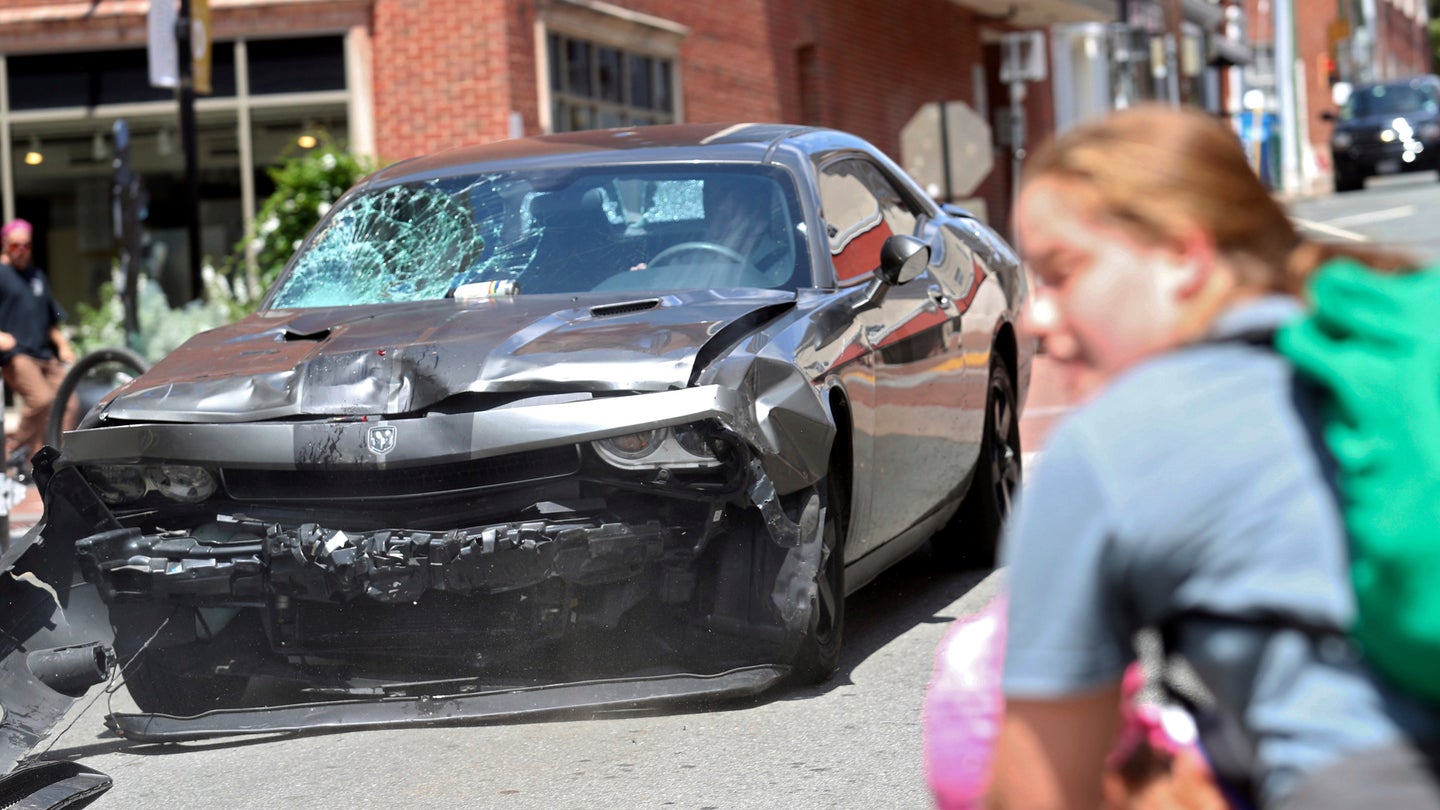 The North Carolina General Assembly will likely not proceed with a bill previously approved by the state's House of Representatives that would protect drivers who unintentionally strike protesters after Saturday's deadly vehicular attack by a reported white nationalist in Charlottesville, Virginia, according to the News & Observer.

North Carolina House Bill 330, which would shield drivers accused of hitting someone so long as they were "exercising due care" and not committing a "willful and wanton" act, was passed by the state's House back in April. When questioned about the bill on Monday, Senate Rules and Operations Committee Chair Bill Rabon issued a statement to the News & Observer saying that legislators had "no plans to move it forward."

Of course, the bill's original authors claim that the "willful and wanton" line would not have protected 20-year-old James Alex Fields, who is accused of ramming his Dodge Challenger into a crowd of anti-racist and anti-fascist protesters in Charlottesville on Saturday, killing activist Heather Heyer and injuring dozens.

"It is intellectually dishonest and a gross mischaracterization to portray North Carolina House Bill 330 as a protection measure for the act of violence that occurred in Charlottesville this past weekend," State Reps. Justin Burr and Chris Millis wrote in a statement to The Intercept. "Any individual who committed a deliberate or willful act, such as what happened this weekend in Charlottesville, would face appropriately severe criminal and civil liabilities."

Yet the original text of the bill—which fits on less than half a page—has no specifics on what "due care" and "willful and wanton" actually mean. This could potentially leave defense lawyers a lot of wiggle room to argue people accused of running protesters down were "afraid" or simply trying to escape and were overwhelmed by the stressful situation.

This is important because several other states have introduced similar legislation as protesters have increasingly turned to blocking roads and highways in recent years, and all have the same general language. Florida, North Dakota, Rhode Island, Tennessee, and Texas all have bills on the subject tied up at various stages in the legislative process, though North Carolina's was the only one to be passed by the state's House of Representatives.

At least one person died as protests descended into violence.

Dakota Pipeline Madness Means Driving Into Protesters Could Be Legal