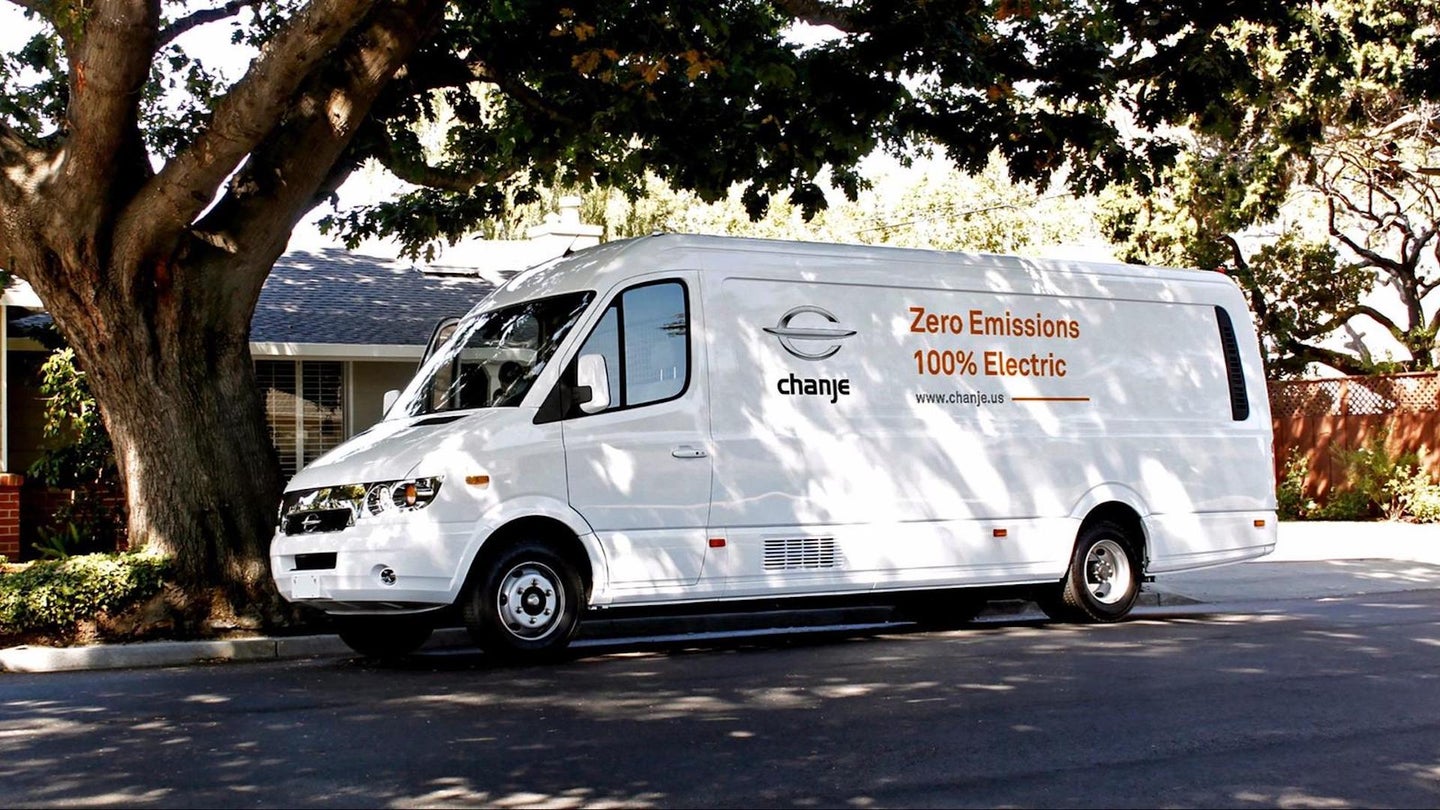 Electric cars may be the new norm, but most companies entering the EV fold have forgotten about the other gas-guzzling vehicles on the road—trucks. Some daring brands like Mercedes-Benz are developing their own prototypes, but little real-world progress has been made. The most promising results come from an obscure startup called Chanje, based in California. Chanje plans to bring commercial vans powered by electricity to the United States and is already outlining delivery deadlines for the end of 2017. The startup company has been looking at potential distributors and assessing possible manufacturing locations, and it looks like Chanje has finally found both.

According to the Los Angeles Times, Chanje is partnering with Ryder to help build and distribute its electric vans. Ryder System Inc. is an experienced truck management company based in Miami, Florida and is well known for its huge fleet of rental trucks. Ryder will act as the middleman for Chanje, buying the startup's vehicles and leasing them to buyers. It will also be responsible for vehicle distribution and service.

More details, including pricing, will come in the next two months. The partners plan to launch the first set of vans in Los Angeles and expand to more cities in other states at the beginning of 2018.

Chanje is heavily considering building the trucks in the L.A. area, but until an American assembly plant is built, the vans will be assembled and primarily sold in China.