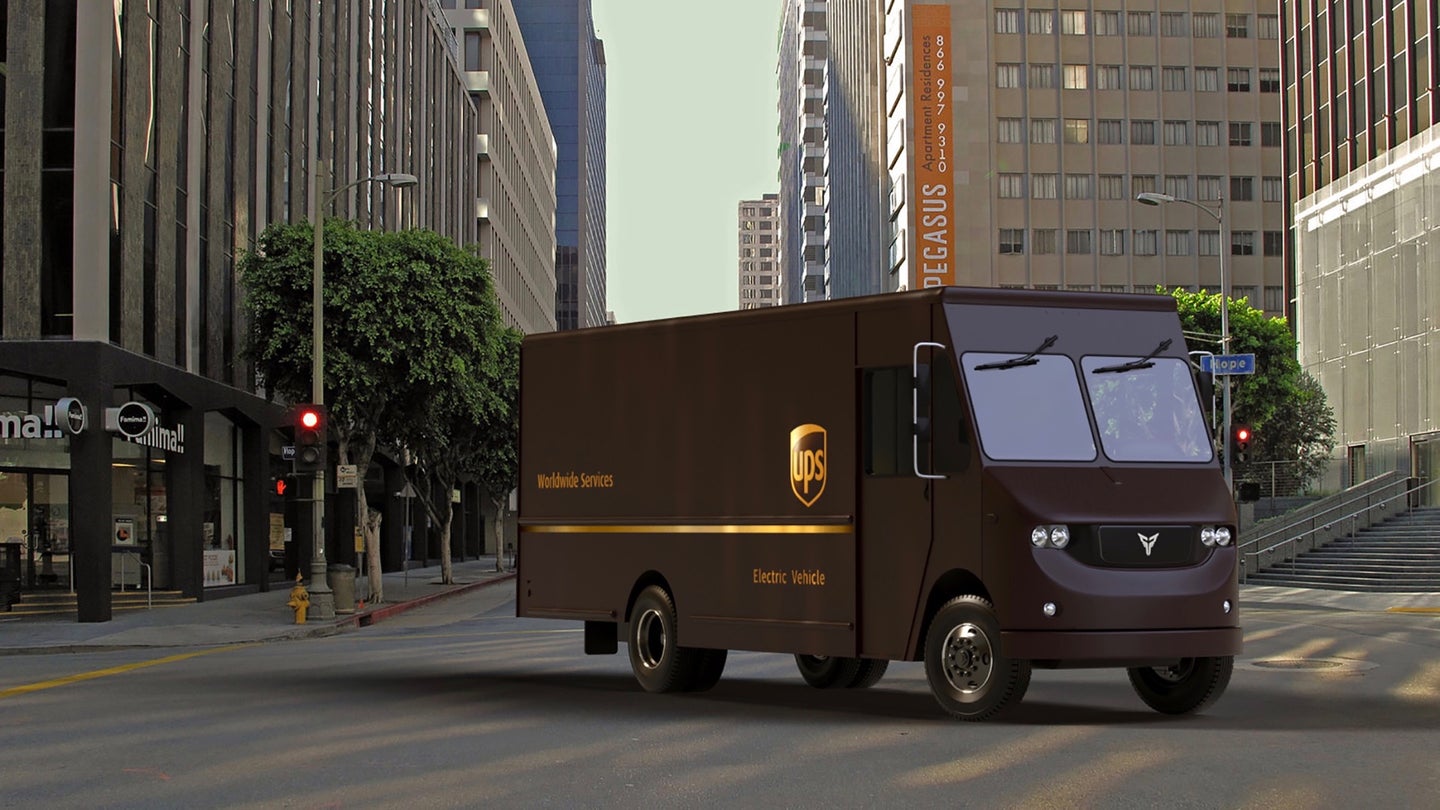 The Thor truck will have a range of 100 miles, and will be deployed in UPS' delivery fleet for six months to evaluate its performance, a UPS press release said. In addition to regular delivery service, the test program will include "off-road evaluation to address durability, battery capacity, technical integration, engineering, and any items found during on-road testing," UPS said. "Depending on the success of the deployment, UPS may make additional purchases of the electric vehicle."

Thor Trucks made headlines late last year when it unveiled the ET-One, an electric semi truck seemingly aimed at the much-discussed Tesla Semi (which UPS has placed orders for). When it revealed the ET-One in December 2017, Thor promised a 300-mile range and a price tag of $150,000. The UPS delivery truck may not be as glamorous as the Tesla-baiting ET-One, but it may be a safer bet. Delivery trucks operate on relatively short, predictable routes that never take them far from a central terminal, so range and charging infrastructure are less of a concern.

Thor is the second startup UPS has tapped to help electrify its fleet. In February, the company announced that it would buy 50 electric vans from Workhorse. The vans will be built to a design specified by UPS, and the company may place a larger follow-up order at a later date. UPS was also the first U.S. customer for Daimler's Fuso eCanter electric box truck.

UPS previously said that it had 300 all-electric and 700 hybrid vehicles in its U.S. and European fleets. The company also operates a handful of natural gas and propane-powered vehicles in the U.S.

Electric commercial trucks are starting to gain traction. In addition to the Fuso eCanter, Daimler has unveiled electric trucks under its Mercedes-Benz and Freightliner brands. Volvo Trucks (a separate entity from the automaker) is planning a production electric as well, while startup Nikola Motors plans to take on Tesla with a hydrogen fuel-cell semi.