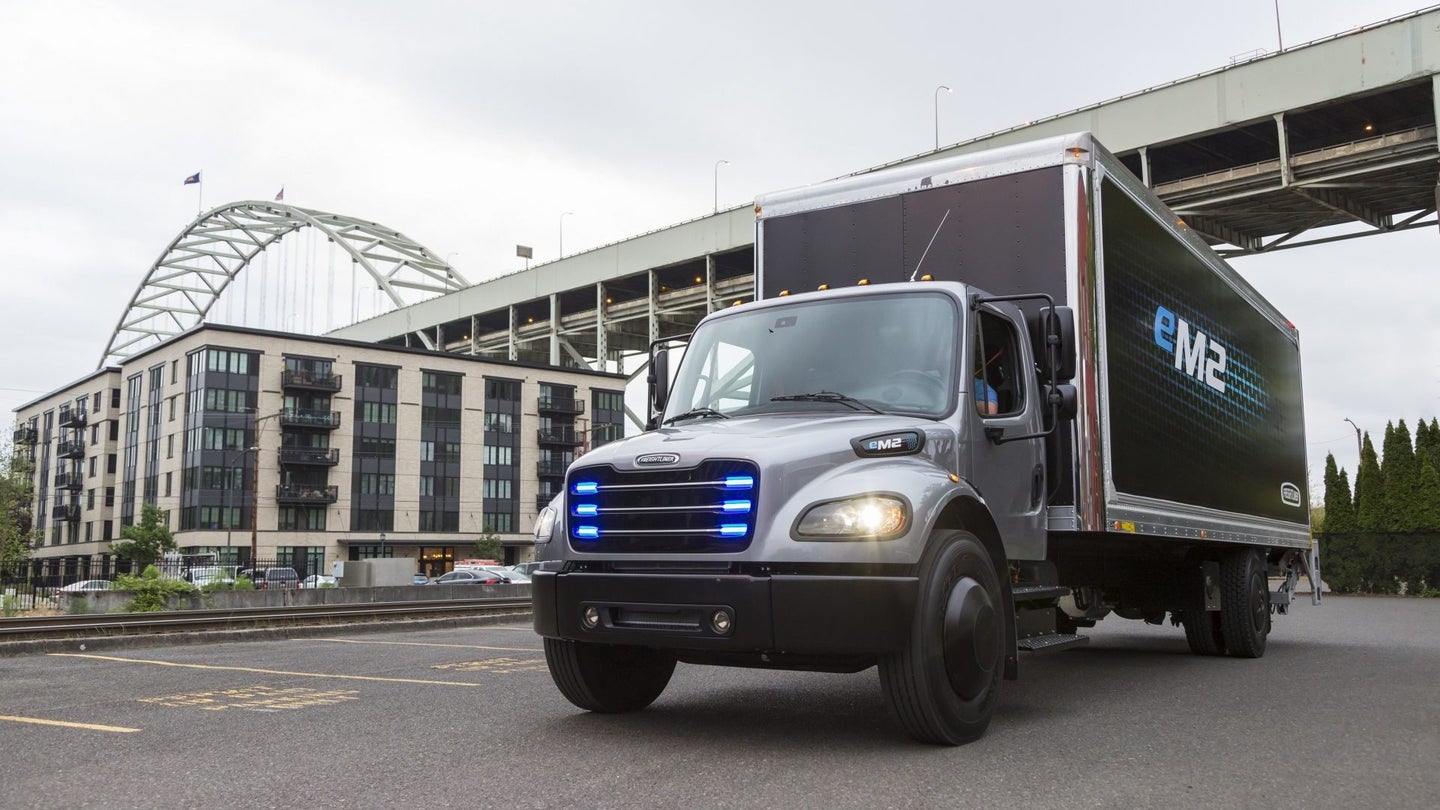 Electric cars aren't the only electric vehicles that need faster charging. Penske Truck Leasing, an arm of the vast Penske motorsports and business empire, has installed 14 DC fast-charging stations for electric commercial trucks at four of its facilities in Southern California. The company believes these are the first operational fast-charging stations in the United States designed specifically for commercial trucks.

Penske installed its first commercial-truck fast-charging stations in San Diego, Chino, Anaheim, and La Mirada, California. Each station can charge at a rate of 50 kilowatts to 150 kW, according to Penske. The company didn't quote a specific charging time, but said stations could recharge a Class 8 tractor in less than half a shift. Penske plans to add at least six more stations in the near future.

The fast-charging stations will support Penske's small fleet of electric trucks. The company recently took delivery of 10 Freightliner eCascadia Class 8 tractors, 10 Freightliner eM2 medium-duty box trucks, and will soon get a batch of smaller Fuso eCanter delivery trucks. All three models are manufactured by Mercedes-Benz parent Daimler's commercial-truck division. Many other companies have discussed building electric trucks, but Daimler is actually putting them in customer's hands, albeit on a small scale.