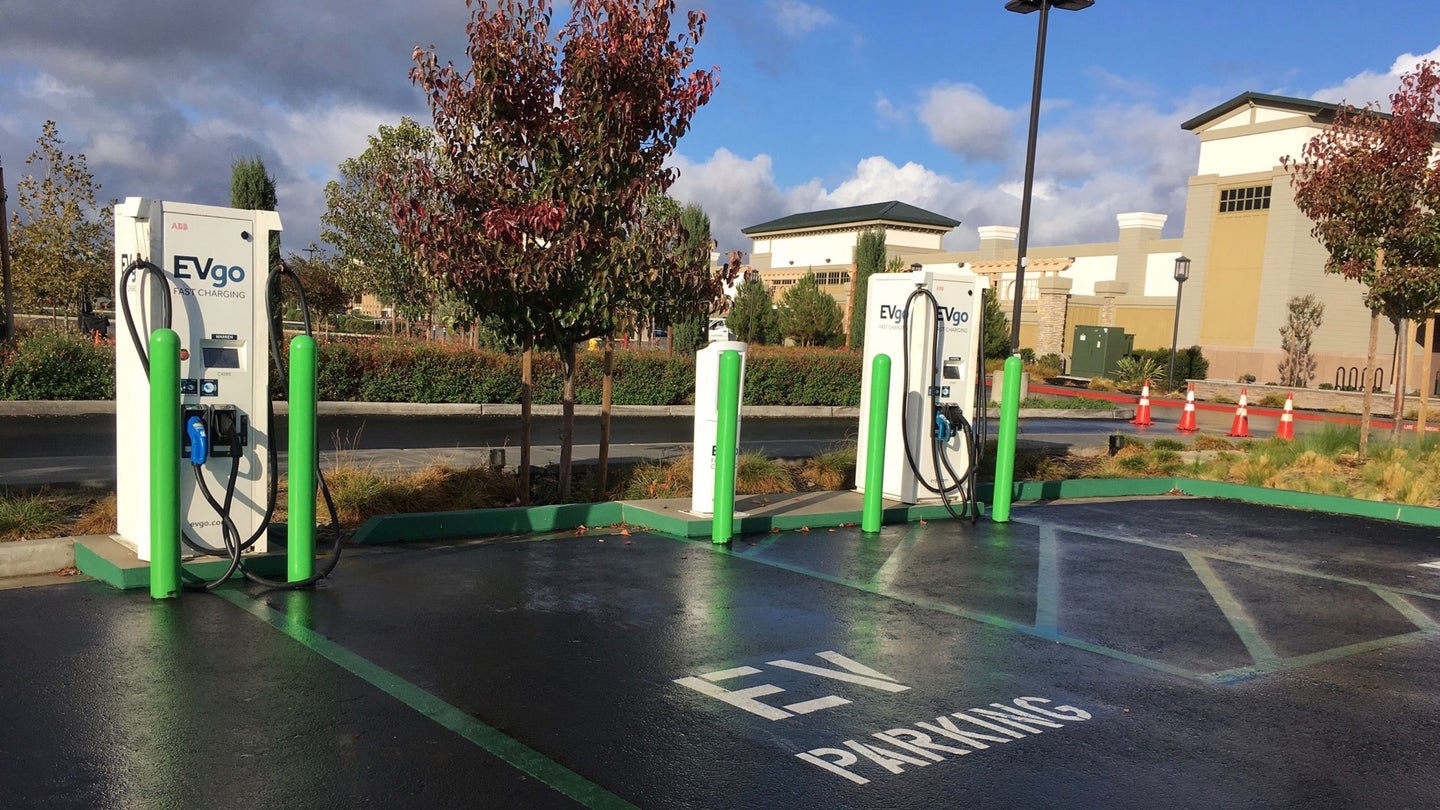 EVgo plans to install more than a dozen charging stations at five Chevron locations in the Golden State. The company earmarked sites in Los Angeles and the San Francisco Bay Area, including Aliso Viejo, Manhattan Beach, Menlo Park, and Venice. The Menlo Park location is already up and running, with the other sites set to come online over the next few months.

The charging stations installed at the Chevron locations are all DC fast-charging stations, able to charge an electric car at a rate of 50 kilowatts to 100 kW. That allows for much faster charging than more common 240-volt Level 2 AC stations, but these stations aren't the fastest around. Current Tesla Supercharger stations can charge at 120 kW. Electrify America, the organization created to spend Volkswagen's diesel-emissions penalty money on promoting zero-emission vehicles, has some stations that can charge at 150 kW. Tesla and Electrify America are also working on stations that can charge at up to 350 kW.

Chevron isn't the first company to install charging stations at its gas stations. Shell has experimented with adding electric car charging at European gas stations, for example. It may seem like Chevron is helping out the competition, but if electric cars become mainstream, the company will have a head start in transitioning away from selling gasoline and diesel.

"While gasoline and diesel remain an important part of California's transportation energy mix, we are always exploring how to evolve our offering, helping improve the consumer experience and working to remain the preferred brand choice on the West Coast," Alice Flesher, general manager of Chevron's company-owned gas stations, said in a statement.

While the California charging stations will only be installed at Chevron-owned gas stations, electric cars could also be a boon to franchised gas station operators. Those operators make most of their profit off drinks and snacks, not the petroleum products dispensed from their pumps. With even the fastest stations only managing an 80-percent charge in about 30 minutes, customers will likely be more tempted to buy something.

Lack of knowledge is stopping people who are interested in electric cars from actually buying them.

Because one of the biggest hurdles to EV adoption is finding places to charge, Porsche’s rolled out some infrastructure—in Europe.