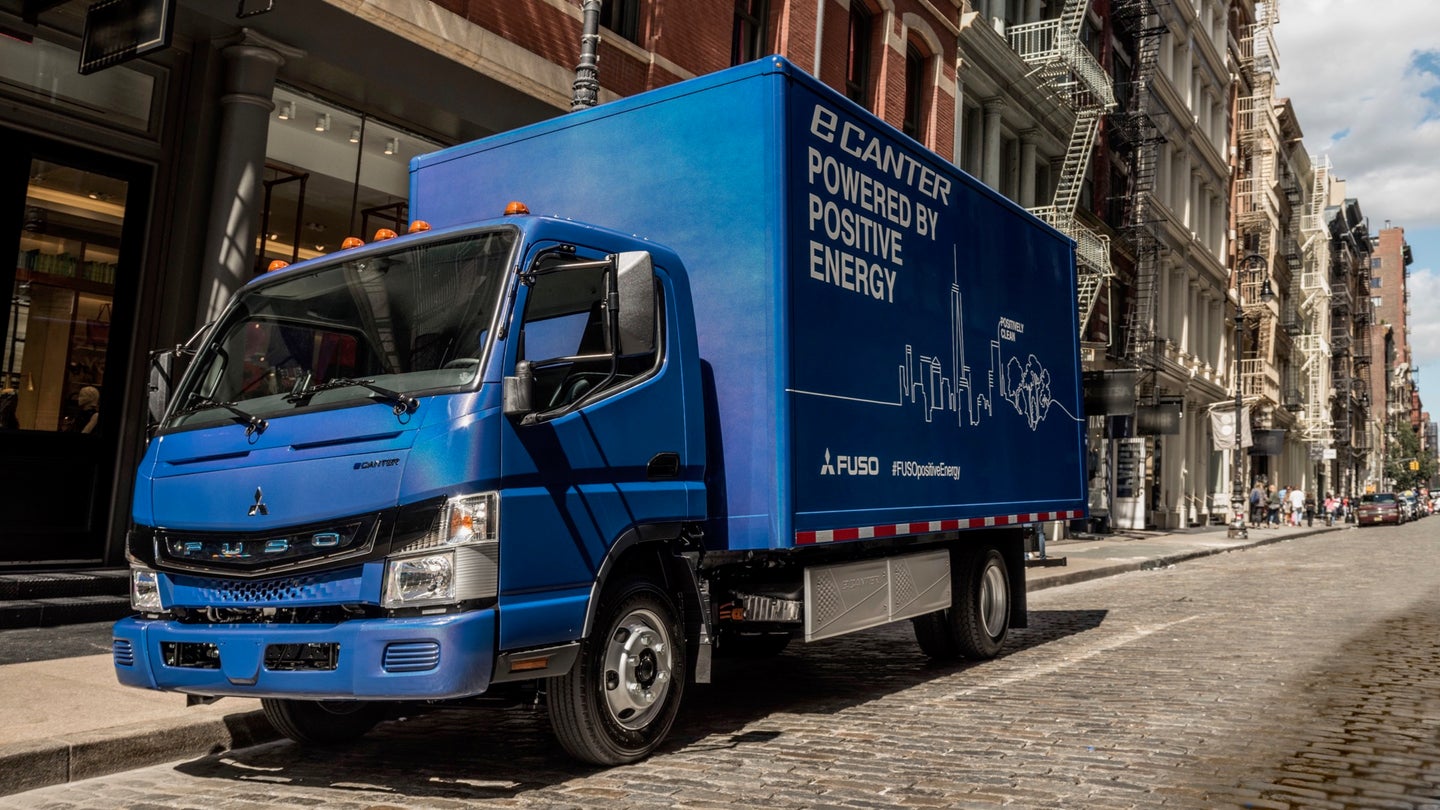 Daimler is getting serious about electric trucks. The German automotive giant previously delivered a small batch of eM2 and eCascadia trucks from its Freightliner brand to Penske Truck Leasing, an arm of the vast Penske business and motorsports empire. On Thursday, Penske confirmed that it's getting a third model: the Fuso eCanter delivery truck.

Penske will operate the new trucks in urban delivery service in California, Daimler said in a statement Thursday. The company claims to have more than 100 of the trucks in operation with customers in the United States, Japan, and Europe.

Essentially an electric version of the Fuso box trucks that are a common sight in most big cities, the eCanter can carry a payload of up to 3.5 tons. Its electric powertrain is rated at 129 kilowatts (172 horsepower), with an estimated range of 100 kilometers (62 miles) per charge. That may not seem like much, but delivery trucks tend to operate on predictable routes that never take them far from a central terminal. Outright range is less important than in an electric passenger car.

Electric trucks could be an important part of the emissions-reduction puzzle. The average commercial vehicle travels more miles every year than the average passenger car, with worse fuel economy. In addition to breathing cleaner air, urban dwellers also wouldn't have to deal with the noise from diesel engines. That's why many companies are developing zero-emission trucks.