Despite that, the news is far better than initially expected. 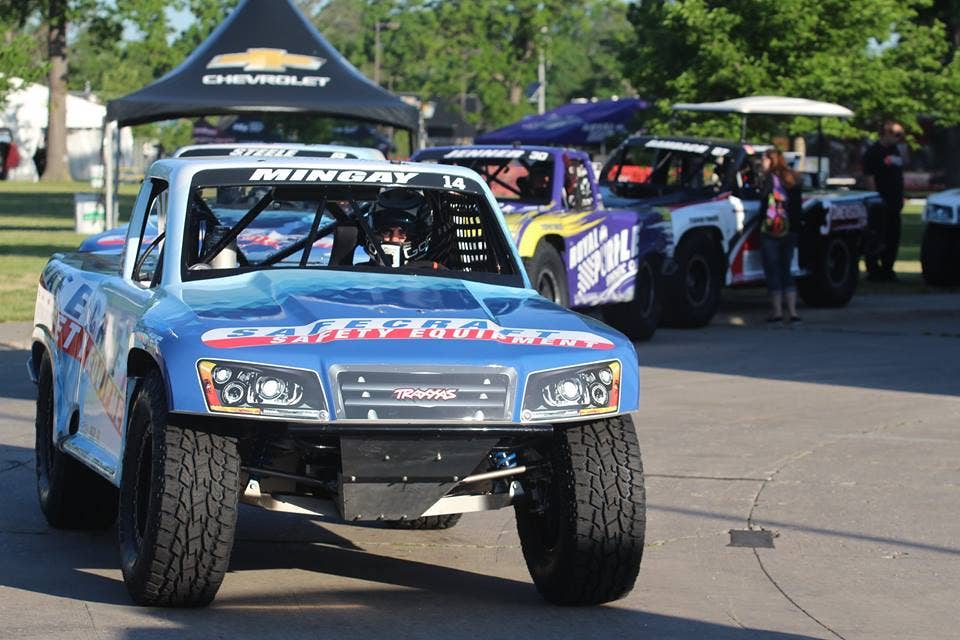 Matt Mingay, 39, regarded as Australia's leading stuntman, suffered some grim and puzzling injuries Saturday in the second race of the Stadium Super Trucks, the Robbie Gordon-led series that races V8-powered race trucks around closed circuits and over jumps as an auxulliary event to bigger shows, such as this weekend's Chevrolet Dual in Detroit IndyCar race.

With only one lap completed, Mingay flipped his number 14 SafeCraft Safety Equipment truck. Reportedly the roof sheared off, and bystanders said Mingay was covered in blood and not moving when he was removed from the truck and transported to a Detroit hospital, where his condition was listed first as critical, then serious but stable.

According to fellow SST racer and Australian Paul Morris, a V8 Supercar veteran and Bathurst 1000 winner, Mingay "is in pretty good shape considering that he has lost the better part of his lower face, his jaw and all his bottom teeth. He’s got a long road ahead – he’s not going to win a beauty contest in the next year or two. Hopefully it’ll take a couple of weeks to get him stabilized and then get back to Australia, get his head rebuilt, and he’ll be like brand new." Morris said that Mingay suffered no brain or spinal cord damage.

Fellow Australian Matt Brabham, who won Sunday's SST race, in which Morris finished third, said danger "is something we accept even before we get in the truck. If something happened to me I wouldn’t want the racing to stop. This is my life, what I choose, it's what I do for a living. We're praying for a speedy recovery."

The fact that Mingay is no longer "in any real danger makes a big difference," Morris said. "The last thing we want is for someone like him to be permanently injured or in a wheelchair. It was tough getting into the truck today, but it's what racers do."

What isn't clear yet is exactly how the injuries were caused. Mingay was wearing a full-face helmet, "but something came through and got him in the helmet," Morris said. The fence? Part of the truck? "I have no idea," Morris said. "His helmet is still in pretty good shape, intact -- we don’t know exactly what it was, but it was quite an impact whatever got him."