A young cyclist thought he could quickly pass a bus through the oncoming lane. It turned out he couldn’t. 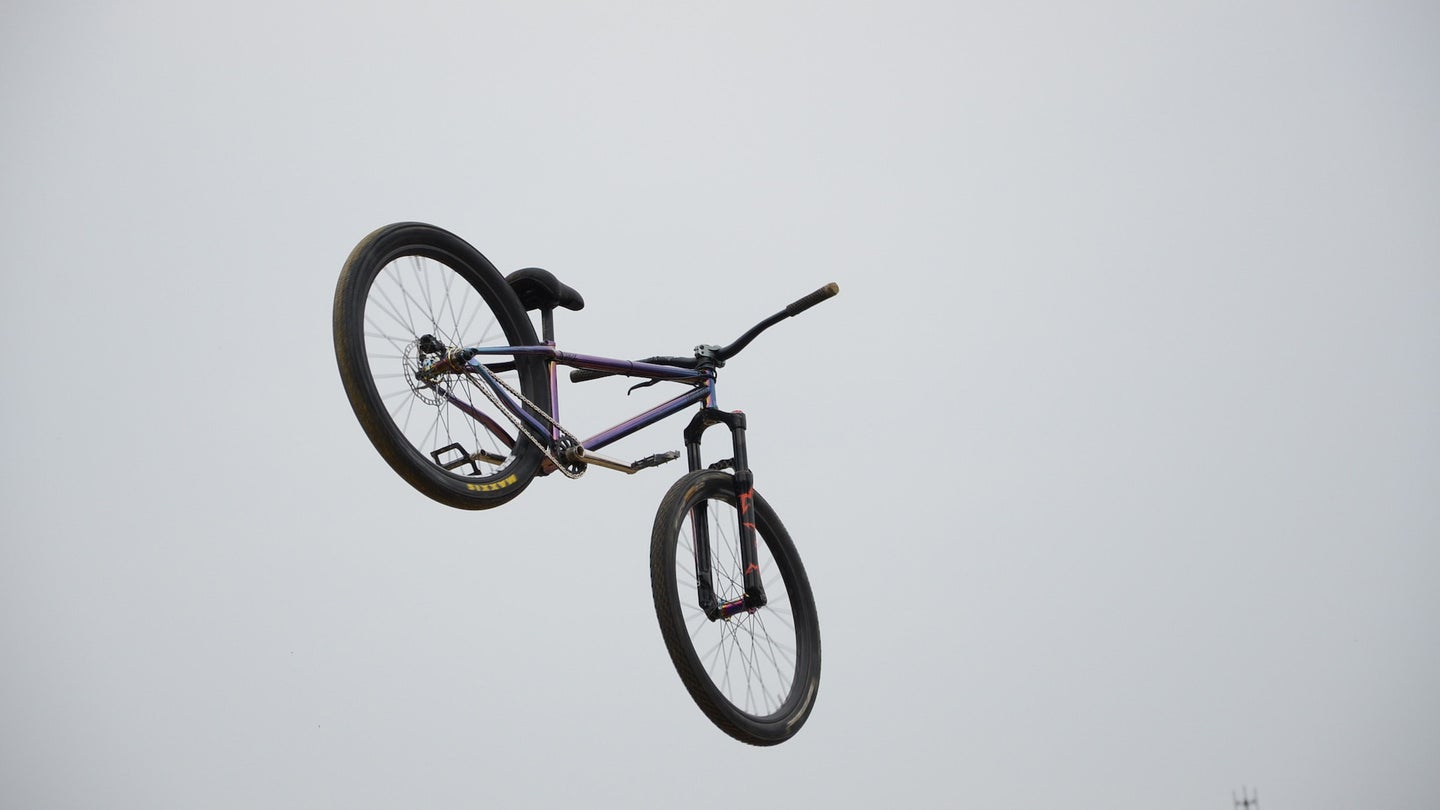 A teenage cyclist in York, England crashed into a black Vauxhall head-on while attempting to pass a bus through the oncoming lane, ultimately performing a wild-looking flip over his handlebars and the car's hood. Miraculously, he landed on his feet and didn't suffer any injuries.

Captured by York resident David Alexander’s dashcam, the footage shows the young cyclist trying to catch up with a blue bus and subsequently pass it, when he directly collides with the oncoming vehicle. According to the Daily Mail, while the bicycle went flying and the Vauxhall’s windshield was dented, the vehicle, its passengers, and the young cyclist himself came out unscathed.

63-year-old Alexander had just picked his granddaughter up from school when the incident occurred. Seeing such a preventable vehicular mishap left the man with a strong urge to raise some local awareness regarding cycling safety and standards of the road.

“He was showing a complete disrespect for any other road user. Just before this happened he nearly hit two girls on the pavement,” said Alexander. “I couldn’t believe what I was seeing. It’s an example of why cyclists need proper training from an early age.”

The accident, which occurred in July of last year but whose dashcam footage has only now been made public, resulted in Alexander offering the Vauxhall driver a copy of his recordings. Alexander pulled over and approached the driver, who was traveling with his wife and two kids and noticed both windshield and body damage to the vehicle.

“You could see that he was trying to race the bus. When I went over after it happened he was staggering around and was dazed,” Alexander said of the cyclist. “He kept saying he’s sorry. I’ve got no idea how he managed it. He can’t have been looking ahead of him."

We recently reported on an incident that left four cyclists in critical condition after an elderly woman crashed into them with her Chevrolet. According to a local NBC affiliate, one of those four victims has unfortunately died. While there are certainly more effective preventative measures we could collectively impose on our cities and transportation infrastructures to reduce accidents and fatalities, the incident in York is a strong reminder that we can all do at least two things, effective immediately: wear a helmet and pay attention.