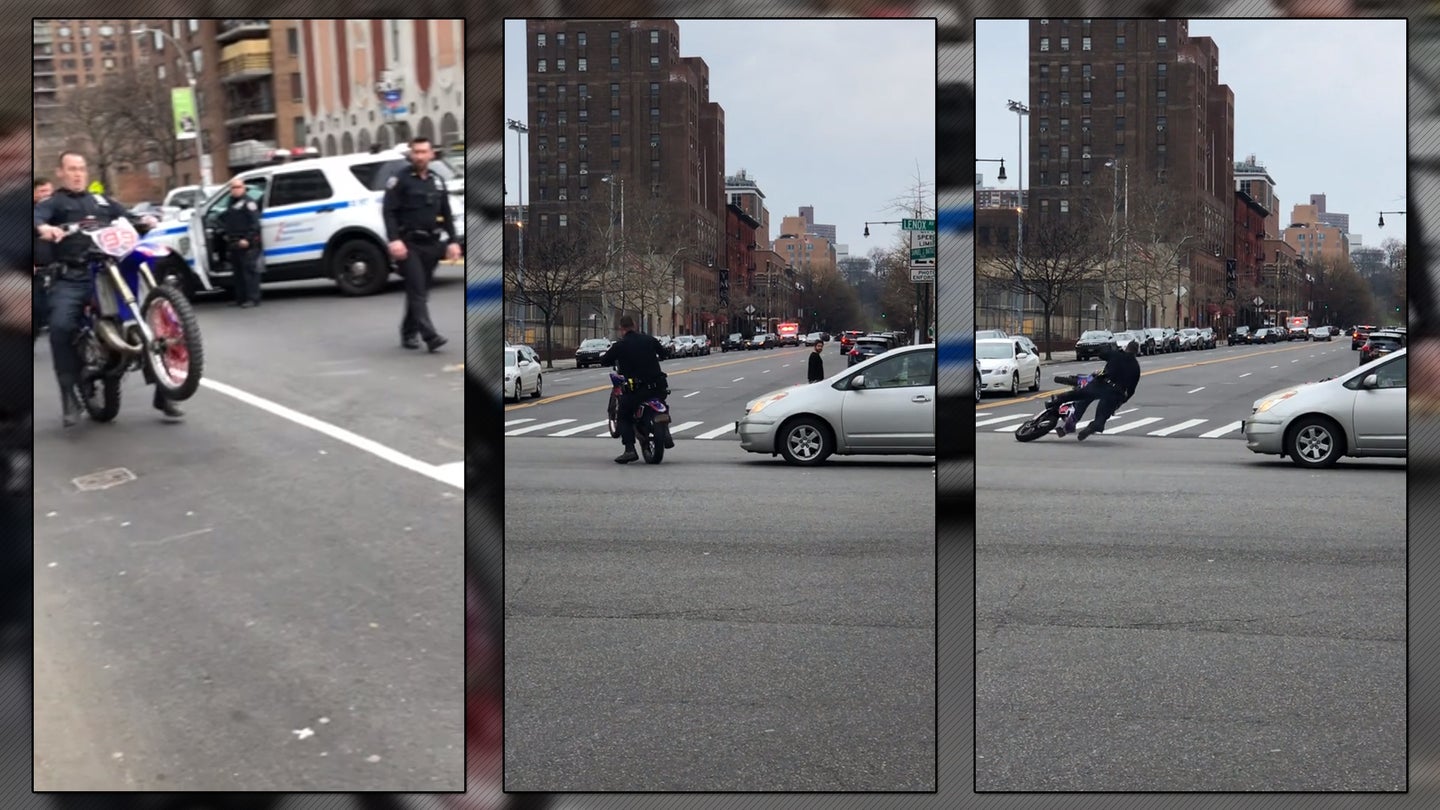 A New York police officer who decided to pop a dirt bike wheelie in Harlem over the weekend bit off more than he could chew. A video of the crash shows that the officer, in front of his colleagues and bystanders, failed to properly navigate traffic and dropped the bike while becoming a viral sensation in the process.

The officer started out with a very small, innocent looking wheelie. He proceeds to run a red light into a live intersection while at least three vehicles were actively inside of the box. One vehicle does not expect the officer to enter the intersection and slams on its brakes, causing the officer to swerve out of his lane of travel and send the bike into the rear wheel of a Cadillac.

According to the New York Post, the officer and his colleagues found the bike abandoned at the intersection of Lenox Avenue and 135th Street on Sunday evening. A man had reportedly been riding the bike recklessly through traffic before ditching his ride near the intersection prior to the video taking place.

Upon recovery of the motorcycle, officers had to bring it back to the 32nd Precinct in order for it to be vouchered—that's reportedly what the officer who was riding the bike was attempting to do before he fell. The NYPD says the incident is under internal review.

The officer was said to have been treated for minor injuries at a local hospital which, given the fact he wasn't wearing a helmet and can be seen bouncing his head off of the pavement, could have been much worse.

The full video can be seen below, and believe us, the reaction of the bystanders makes it worth the watch.