A live feed from half a mile beneath the Pacific Ocean. ​ 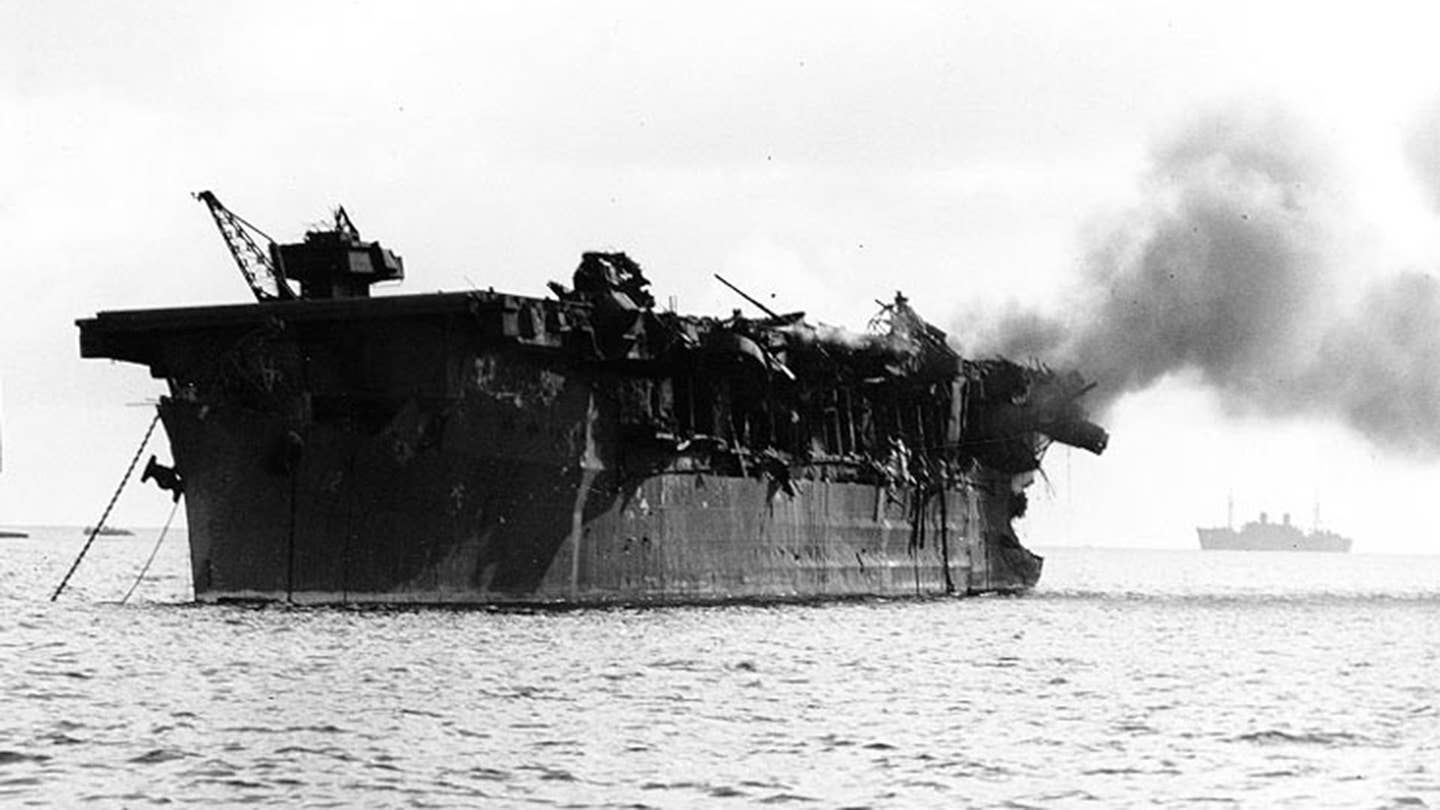 At this moment, a crew of submariners belonging to famed nautical explorer Dr. Robert Ballard's Corps of Exploration is exploring the wreck of the USS Independence off the coast of California. You can watch it, live, right now.  And trust us, it’s absolutely going to blow your mind.

The Independence was an American aircraft carrier that served in the Second World War, fighting at Leyte Gulf and surviving Japanese torpedoes before becoming part of a fleet bombed repeatedly in the Operation Crossroads atomic bomb tests. Ultimately, the now-radioactive Independence was towed back to port in California, loaded with barrels of more radioactive waste, and scuttled off the coast in the shark-filled depths of the Pacific near the Farallon Islands.

Now, 65 years later and with the help of a pair of remotely-operated vehicles, the crew of the Expedition Vehicle Nautilus is exploring the remarkably well-preserved ship, and broadcasting it live. They’ve found some remarkable things: gun emplacements, Grumman Hellcat fighters, and signs of the massive damage done to the ship by the Operation Crossroads tests. It’s an extraordinary experience; better yet, it's brilliantly narrated by experts in marine life, naval history, and undersea exploration. It’s the most fascinating thing on the Internet today, we promise.

Sadly, we can't embed the footage directly, but you can jump directly to the live stream by clicking here.