Go Pick Up Debris, They Said; It’ll Be Safe, They Said 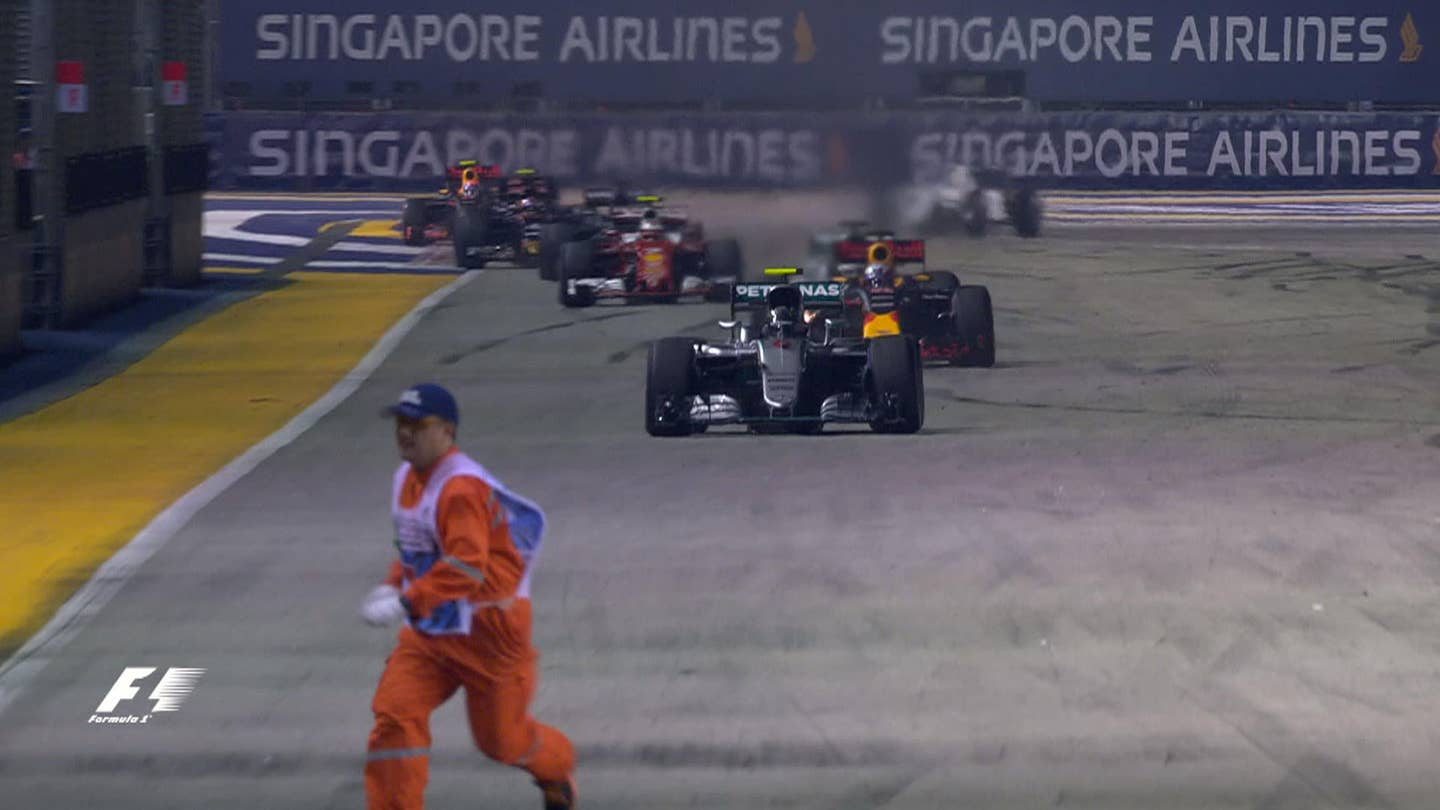 Less so for this track marshal.

During a chaotic opening lap, Force India’s Nico Hulkenberg got tangled up Torro Rosso’s Carlos Sainz, Jr., and wound up in the wall. The safety car came out, track workers cleared debris; the race then restarted… with a marshal still on the front straightaway:

You’ve got to feel for the guy. First, he’s staring down a line of F1 cars, and they’re coming in hot. Not ideal. Also, he’s on the far side of the corner, on the racing line, so said F1 cars are dive-bombing not just near him, but actually at him. The skidplate sparks usually feel contrived; here, they add a little Maximum Overdrive vibe to the whole thing. Oh, and there’s a live television feed, too, broadcasting his (very conspicuous, totally justified) trouser-soiling to millions of people around the world. Tough.

F1’s governing body, the FIA, requires that race control radio 'track clear' three times before restarts. According to a report from Autosport, the marshal here “was instructed by a circuit official to head out onto the track after that final call was made and when the cars were approaching.” (Worst. Boss. Ever.)

If it seems like you’ve read this story before, that’s because you have. At last year’s Singapore Grand Prix, some weirdo went for a stroll on-track midway through the race, triggering a full-course yellow. And they say F1 is stale...