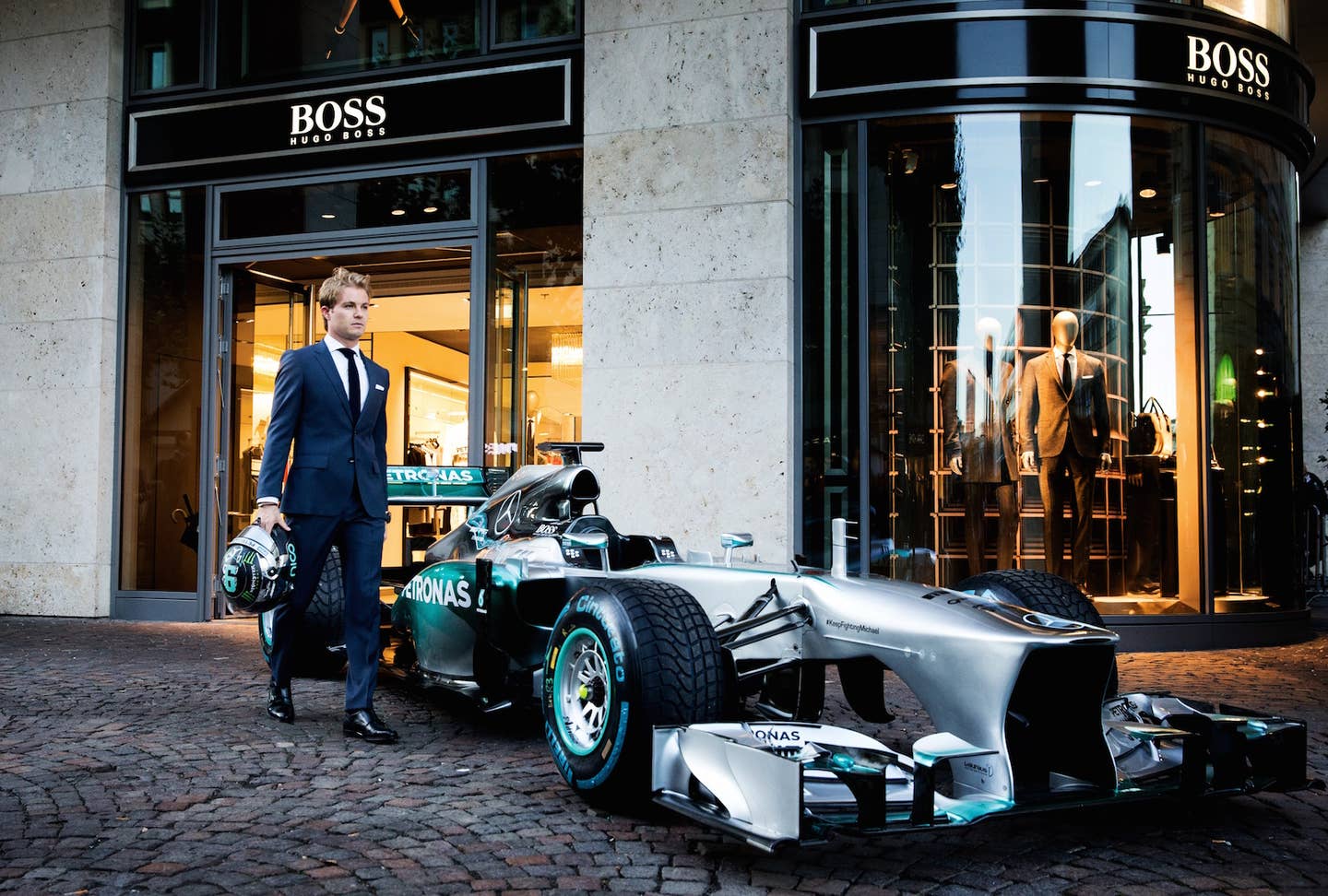 In December, Nico Rosberg, the 2016 F1 Champion, tweeted out a big, fat Thanks! to his Mercedes AMG Petronas racing team for the hard work they put into helping him achieve his “childhood dream.” Now that he’s won his childhood dream, Rosberg, the son of F1 champion Keke, has decided to retire to Monaco.

Nobody likes a hater, but here goes: Nico Rosberg, the soft-handed Monagasque semi-royal born with a silver racecar in his mouth, hasn't just walked away from the sport—he's disgraced it by declining to defend a title bestowed upon him by a vastly superior car and, frankly, a whole lot of luck.

His reasons are a press conference laughline, reserved for disgraced politicians and deposed executives: the schedule is grueling; he wanted to spend more time with his family; etc.

I’ve been to a lot of F1 and NASCAR races. I’ve even followed drivers around behind the scenes, and traveled with them between races. It can be grueling. Every race week begins and ends with a long flight in the tight confines of a Gulfstream G550. Then there are tech meetings, mandatory press availabilities, sponsor meet-and-greets where you have to shake hands (gross!) with doughy car dealers in, say, Beijing or Texas. Add to that workouts for staying in racing shape, a rigorous diet in which you have to skip the pudding, and the distant sound of ravenous, autograph-demanding fans somewhere beyond the paddock gates.

Then you have to actually race the car, which is really, really hard.

How much can one guy take?

The truth is that Rosberg, has retired at the top of a game that was rigged in his favor from the day he started racing. He never would have earned it if it hadn’t been offered to him. He was a talented carting driver at a young age—competing against Lewis even then. He went on to race for his father’s Formula 3 Euro Series team, and then became the first driver to win the nascent GP2 championship in 2005. He steered his way onto the Williams F1 team and raced for six years in F1 before earning a GP victory in 2012—with Mercedes. Arguably, it’s not a bad career, but it’s not exceptional.

When Rosberg shocked everyone—including his loyal boss, Toto Wolff—and announced his retirement, I can understand why the hard-nosed old F1 codgers were so polite about it. But at the same time, it’s surprising that no one protested. They're the tough guys—Nigel Mansell, David Coulthard, Martin Brundle, David Hobbs—who spend their weekends taking potshots at Lewis Hamilton and ginning up excitement in a sport that has been mostly stripped of heroics (come on, this year’s winner quit!) and transformed mostly into a dazzling master class in advanced materials science and aerodynamics.

These pundits don’t have the guts to call out Rosberg for what he is: a semi-royal too spoiled grind it out, too coddled to stick around and protect a championship that was handed to him by Paddy Lowe and deep-pocketed Team Mercedes AMG Petronas. Paddy & Co. built a car so completely dominant that any F1 driver could have driven it to a podium finish just about every week. To not stick around and defend your first championship is a betrayal of the sport.

It’s telling that his dazzlingly talented teammate, Lewis Hamilton, ended up on the cover of Time last month. He’s the real face of F1 because he combines talent with an inexhaustible, you-gotta-kill-me-to-get-me-outta-the-cockpit need to race. That Hamiton lost to Rosberg in 2016 is because he had really shitty luck: his ERS system failed twice, his engine blew out once, failed once more, and his hydraulics shit the bed in Singapore. All told, the reliability issues probably cost Hamilton 40 points in the race to the Driver’s Championship. Rosberg beat him by 5 points.

Rosberg knows all this, and he’s getting out while the getting’s good. The chassis on the F1 cars will change significantly this coming year, which will place added emphasis on aerodynamics, and could chip away at Mercedes’ massive horsepower advantage. Red Bull, Ferrari and Renault are expected to come to the grid with much more competitive entries in '17. The cars will be bigger, faster, more difficult to drive and, according to Mercedes team boss Toto Wolff, "deploy much more G on the driver—like in the past."

There are great drivers in this sport: Hamilton, Sebastian Vettel, and Fernando Alonso are hanging in there; Max Verstappen and Daniel Ricciardo are some of the most naturally gifted drivers to come along in a generation. And Valtteri Bottas, the [likely] incoming Mercedes driver, will easily fill Rosberg's small shoes with his prodigious talents. We look forward to a Formula 1 season where the competitors want to win because they can’t imagine doing anything else.