Rosberg gives us a small but delicious taste of what it’s like to push a 63-year-old Mercedes-Benz. 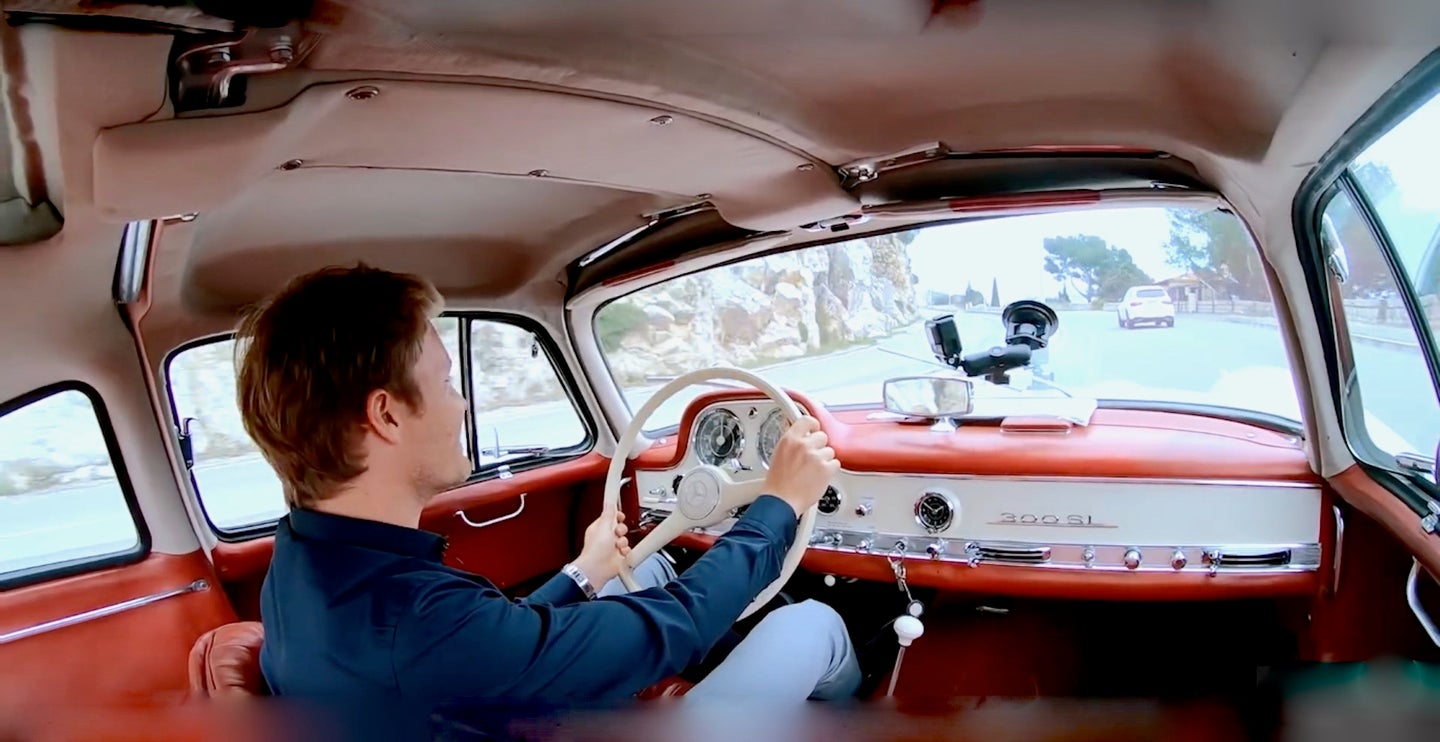 Nico Rosberg is a man of many talents. Not only is he extremely gifted behind the wheel, but he's fluent in about four different languages and he's a total natural behind the camera. The latter truly stands out in the most recent episode of his YouTube blog, which sees him tackle the hills around Monaco at the wheel of his 1955 Mercedes-Benz 300 SL Gullwing.

This video by the former Formula 1 world champion gets us as close as we could ever get to the one and only Mercedes-Benz Gullwing without spending a few million dollars to acquire one. The 1955 300 SL is finished in an exquisite white exterior with a red leather interior, which as you'll hear Rosberg mentioned during the video, is in original condition and actually shows plenty wear and tear due to actually being driven. Shocker, I know.

The 11-minute-long video is full of unadulterated gearhead entertainment, but the coolest part is definitely when Rosberg arrives at the twisty roads atop Monaco, where he opens up the 3.0-liter straight-six engine and proceeds to drive it like he stole it. Another cool detail of the video is that the German takes the time to explain how several of the old-school functions of the 300 SL work, and doesn't attempt to mask the fact that it's a 63-year-old car with a few imperfections here and there.

Heck, Rosberg performs a less-than-stellar shift while pulling out of the underground garage in Monaco. It simply goes to show that he's just a normal guy who happens to be a Formula 1 world champion and has a few cooler-than-average toys. Enjoy!

Can you believe that this one-of-seven, 236-mph supercar was once a Porsche Cayman?