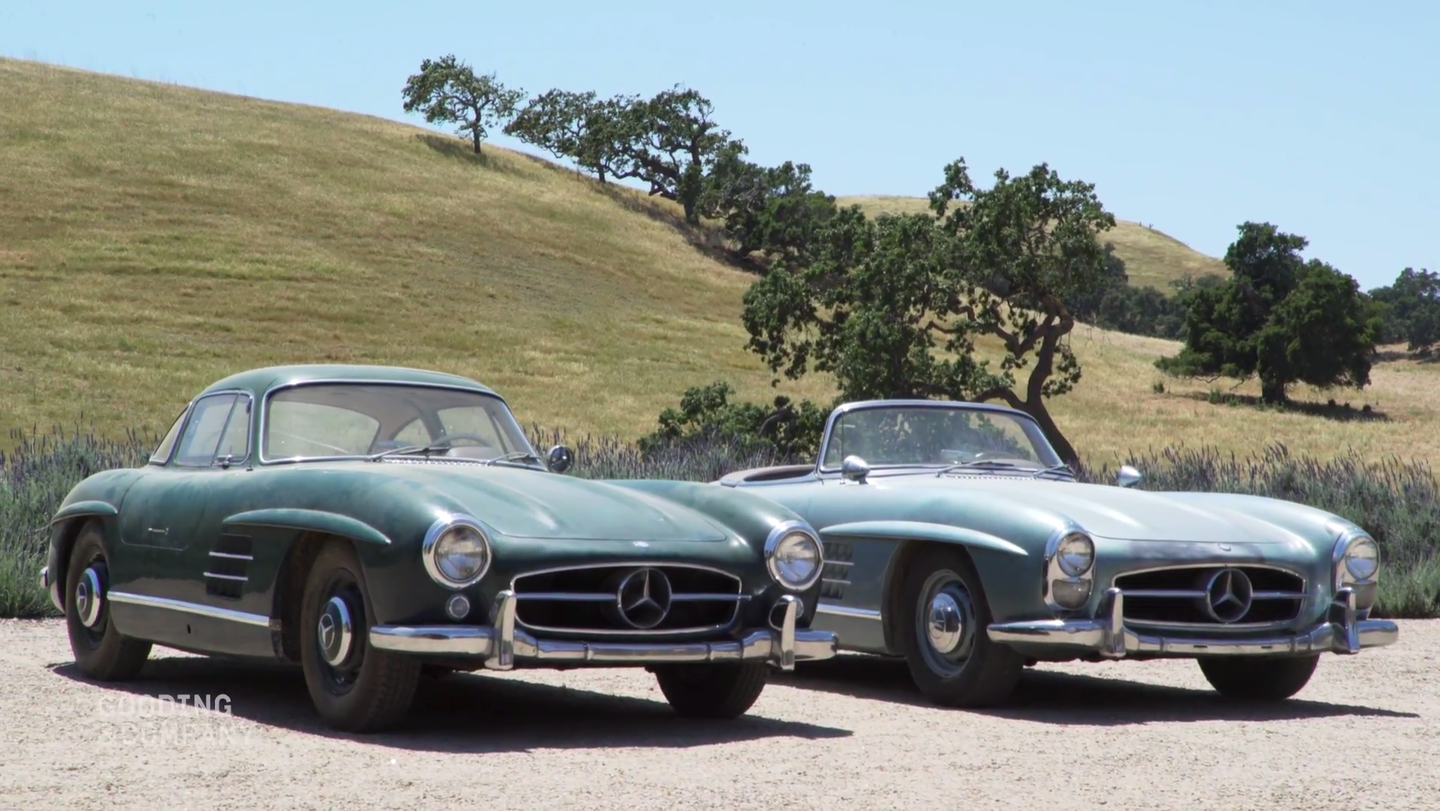 A gorgeous pair of Mercedes-Benz 300SLs are going up for auction at Pebble Beach this August. These two, however, are no ordinary cars even by 300SL standards. They’re unrestored, one-family cars with just 53,000 miles between the two of them.

One is a 1955 Gullwing and the other is a 1957 Roadster. The Gullwing is a one-off color combination of a green exterior with a tan leather interior. Seems awfully British for a Benz. The Roadster also has a unique, rare color scheme. From a distance, it might look like classic Mercedes silver, but it’s actually a light blue color with a gray leather interior. It still has the original matching Karl Baisch factory luggage in the back.

The two cars are being auctioned separately and are estimated to go for around $1 million each. However, I have a feeling whichever one gets auctioned second is going to go higher as the person who buys the first one will probably really want the second one. According to Hagerty, the 300SL is the most commonly sold car for over $1 million with over 100 examples hitting the 7-digit price tag.

Despite not seeing much action, these aren’t exactly barn finds. The family who owns them kept them running enough to still be drivable and stayed up on their maintenance. “The owners never joined any clubs, never took them to a show. They just enjoyed them as cars. For them to still be in such long-term ownership, it’s just unheard of,” said Garth Hammers, Gooding’s 300SL Specialist.