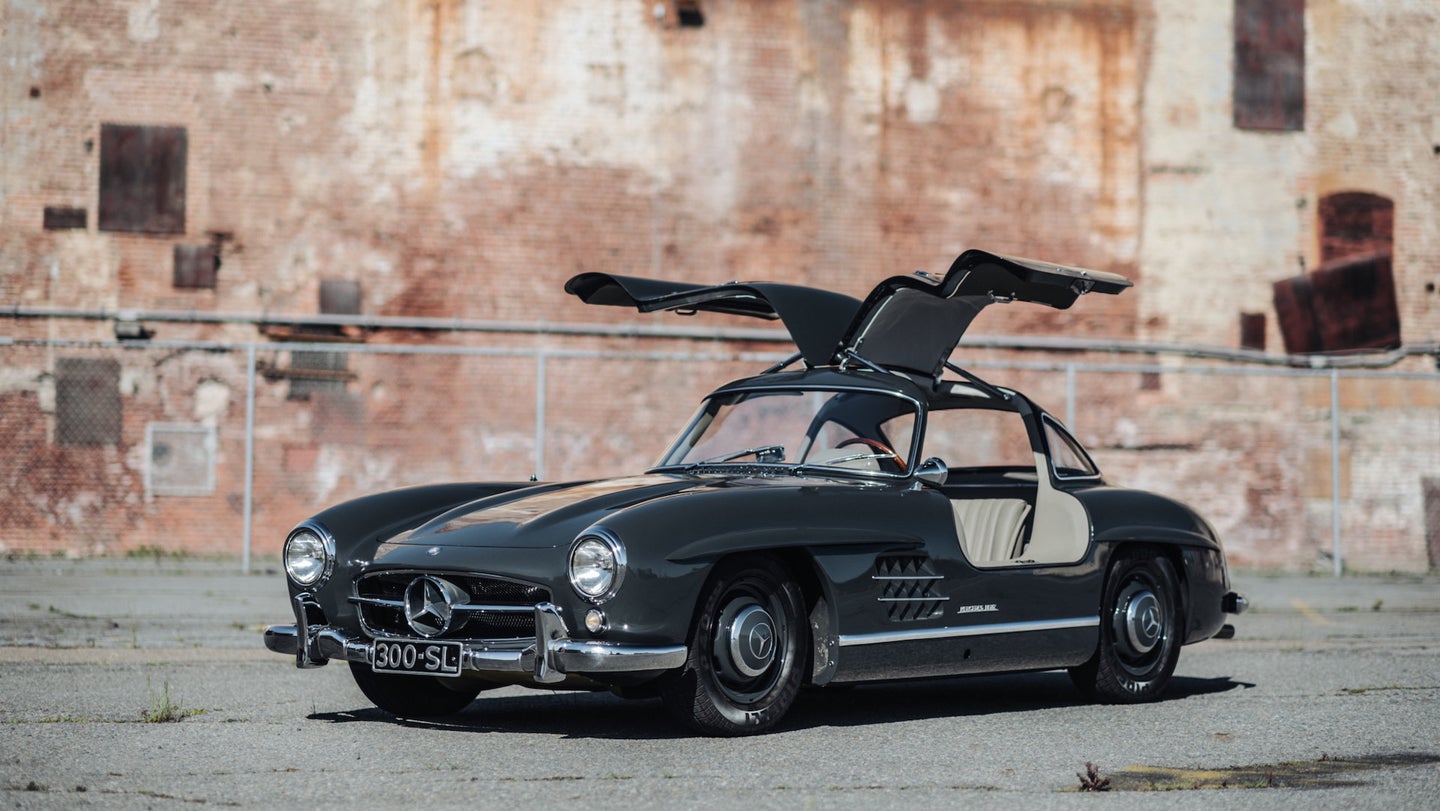 A stunning 1956 Mercedes-Benz W198 300SL Gullwing is recently being auctioned on Bring a Trailer, and needless to say, we're highly encouraging you to empty your bank account, sell your house, snatch your kids' college fun, and hit the "bid now" button. Chances are, you'll be outbid anyway, but it's worth a shot.

The specific Gullwing in the limelight is chassis number 198.040.6500156 and it’s one of just 308 Gullwings produced that year. Over the course of the last two years, it’s been extensively restored and repainted to turn-key condition, where the winning buyer could literally hop-in and drive off and into the sunset with his or her newfound purchase.

This Gullwing also happens to be a numbers-matching car, featuring its original direct-fuel-injected 3.0-liter inline-six, engine number 6500153. To complement the thorough restoration, the engine was removed and sent to Raffi N. at the Pit Stop in Brisbane, California, for a major overhaul as well with only just a few “break-in” miles clocked in. Though interestingly, the quirky but yet functional collapsible steering wheel was replaced by a factory-opted Nardi, which is sort of sad since the original SL’s steering wheel was part of the car’s charm from the get-go.

The car’s history is also extensively documented. It was sold to a George Sterner of York, Pennsylvania in spring of 1956 by Max Hoffman, the premier importer for Mercedes-Benzes at the time. The Sterner family cherished the Gullwing for a solid 23 years before being sold to Dr. Falk & Son of New Kensington, Pennsylvania, before landing in the hands of BaT in 2013 through an estate sale.

As of this post, the current bid for the auction has topped $1 million thus far, with still 20 days left before its closing. So far, the most expensive car to sell on BaT was a LaFerrari at $3.125 million.

Below is a near-full rundown of everything done to restore this Gullwing.