The family heir has been left in a New Jersey garage, accumulating decades of dirt, dust, and mold. 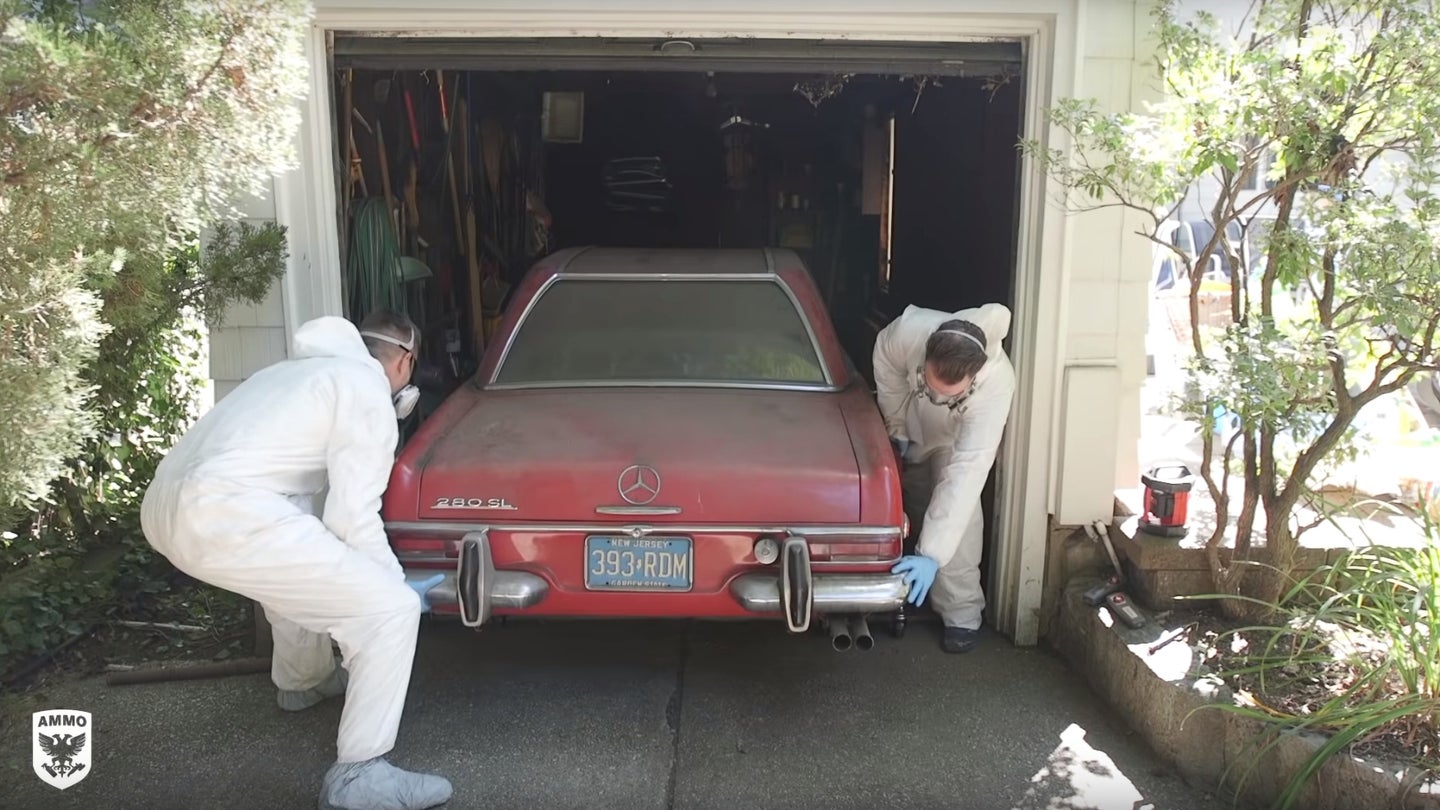 Detailing an automobile to any extent is no easy task, even if it’s a newer car with paint that’s only a few years old. The pros at Ammo NYC have already proven how painstaking a detailing job can get, but if you’re looking for another example, the team went to work to bring a classic 1969 Mercedes-Benz 280SL back to its former glory after it sat for nearly 37 years in a New Jersey garage.

David, son of the ’69 Pagoda’s owner, reached out to Ammo NYC for their assistance in detailing the family heirloom so it can be restored and passed down to his grandchildren. The idea here is that if the car gets cleaned up enough, the finished result will hopefully inspire David’s 83-year-old father to get the car restored so it can once again run and drive under its own power.

Like previous and other incredible jobs performed by the folks at Ammo NYC, this latest video outlines the whole detailing process of basically ridding the old Pagoda of its hideousness from sitting in a garage for nearly four decades, from start to finish. Like any car that’s left in a climate with four seasons such as the Northeast for an extended period of time, there was plenty of mold, dust, dirt, and even a few dead animals that accumulated over the years from inactivity.

As expected, it’s incredibly entertaining, and even a bit refreshing, to see this Pagoda be brought back to life with a through detailing job. Surprisingly, the car remains to be in very solid condition after all is said and done.

The restored rally car has an odometer that goes backwards—and we’re cool with that.