The 21-seater bus was built at the Buenos Aires assembly plant in Argentina, which was Mercedes’ first facility outside of Germany. 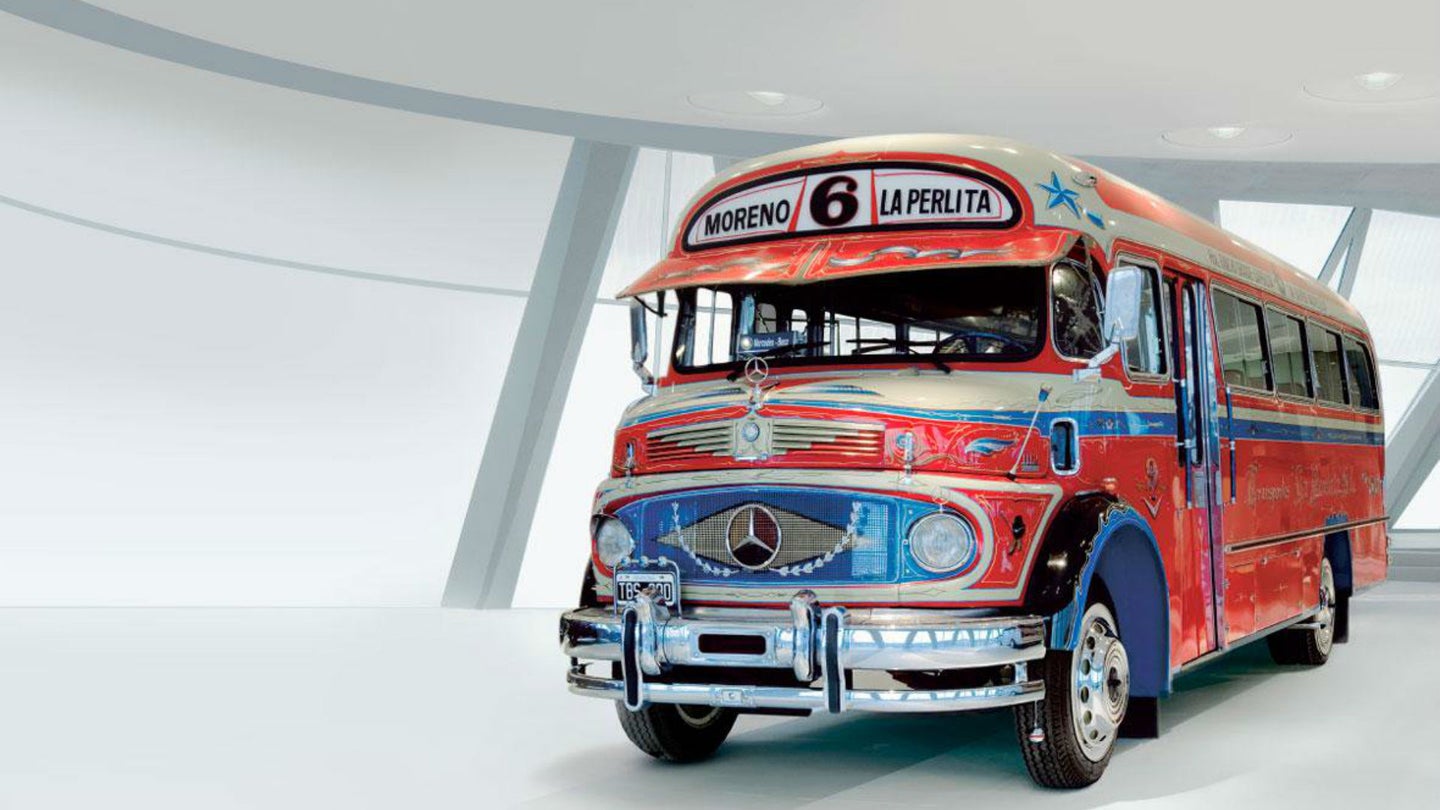 At first glance, this former public transportation bus appears to be nothing more than a ridiculous fantasy vehicle—one imagined by an over-zealous low-rider aficionado. In reality, it's a testament to history, culture, and dedication.

Recently added to the Mercedes-Benz Museum's "Collection 1," is this LO 1112 busonce operated in the South American country of Argentina by Hector Prieto. With Prieto at the helm, this flamboyant bus covered various passenger routes in the Argentinian capital of Buenos Aires. With approximately 120 horsepower emanating from its 331-cubic-inch six-cylinder engine, the bus could carry 21 people to a top speed of around 60 miles per hour. Mercedes-Benz originally produced the funky bus for this specific purpose between 1966 and 1972 at its Argentine assembly facility.

Private bus companies in Buenos Aires (like others in South America, Asia, Africa, etc.) have a tradition of decorating their vehicles in colorful and unique ways to distinguish them from other drivers or rival companies. All kinds of buses have been made into rolling works of art, from double deckers to more traditional city vehicles.

As far as buses go, Mercedes has quite the expertise building them. The world’s first motorized bus was built by Karl Benz in 1895. He and his then-rival Gottlieb Diamler spent several years in the late 1800s and early 1900s building competitor buses for Wales and England transport departments. In 1951, the automaker set up its first factory outside Germany in Argentina, which is where this colorful bus was manufactured.

The people-mover now spends its days in the Mercedes-Benz museum in Stuttgart, far from Argentina where it was both made and driven. It’s apparently a popular draw at the museum, as people all over the internet have taken and posted photos of the funky short-nose.

Veramika Maikamava of Belarus was swept away while trying to cross the flooded Teklanika River.