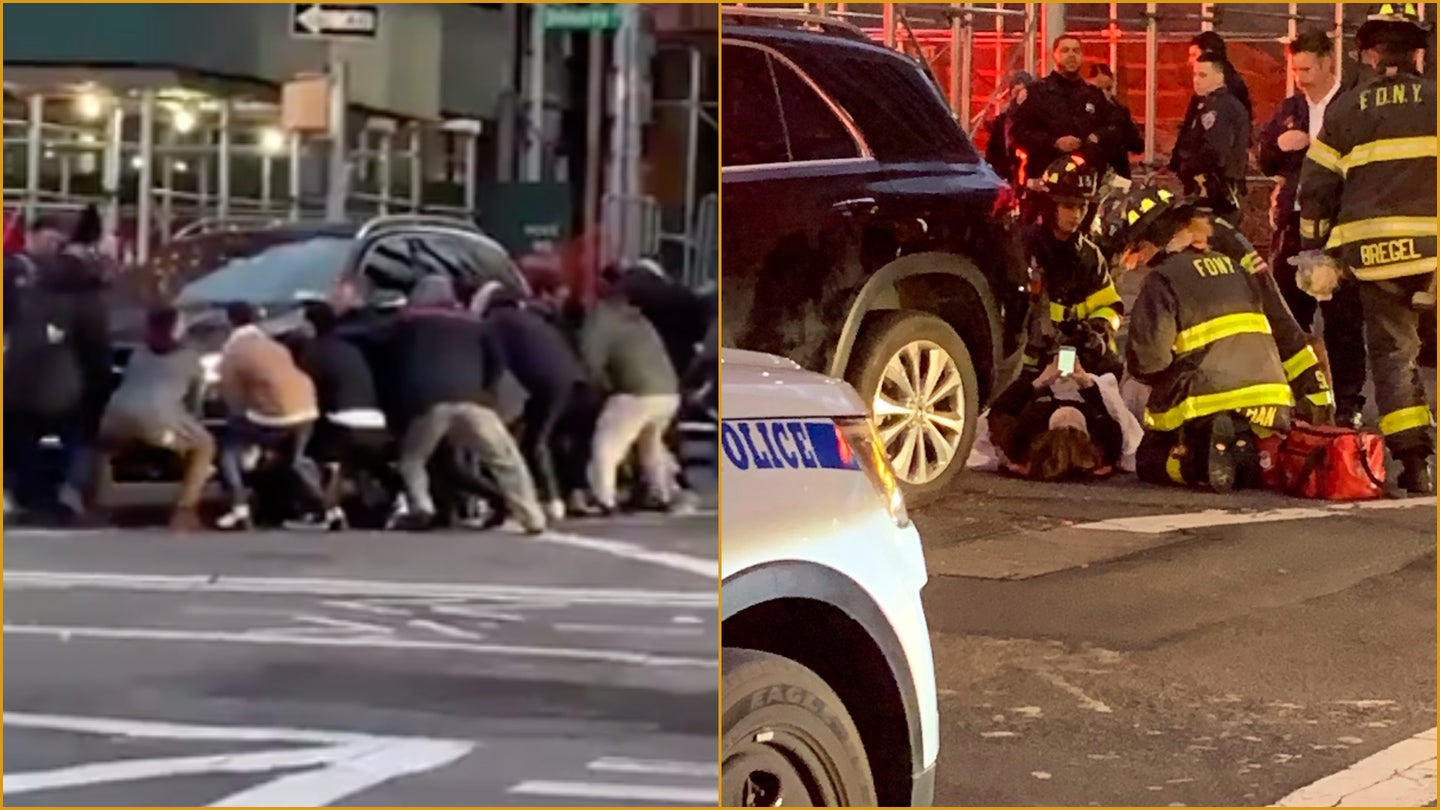 New Yorkers oftentimes look like stonecold zombies as they speed-walk down crowded sidewalks on their way to work, home, or the nearest indoor facility to shelter them from sub-zero temperatures during winter. However, when a group of people witnessed a Mercedes-Benz SUV run over an innocent pedestrian, they quickly snapped into superhero mode and lifted the vehicle—which given its German pedigree wasn't exactly lightweight—to rescue the woman trapped underneath.

According to the NY Post, a dozen bystanders united to lift what appears to be a Mercedes-Benz GLC or possibly a GLE off the ground on the corner of Delancey and Norfolk in the Lower East Side of Manhattan. A Twitter post documents the scene of the accident, claiming that the black SUV hit the pedestrian and continued to drive until the woman was trapped in the lower half of the vehicle near the back wheels. The situation worsened by the fact that the SUV then hit the car in front of it at the intersection, causing it to come to a stop directly atop the injured woman.

The victim was reportedly conscious the entire time and was even on the phone while stuck underneath the Benz. It's unclear if she was calling emergency services or maybe taking photos or video of the situation to use for a possible lawsuit later on. Regardless, the good samaritans were actually able to lift the driver's side of the vehicle and rescue the trapped woman, who was eventually dragged to safety on the side of the road.

Once emergency crews arrived she was taken to Bellevue Hospital awake and alert, but her current condition has not been made public.