The graphic video shows the white C-Class suddenly accelerate during a red light. 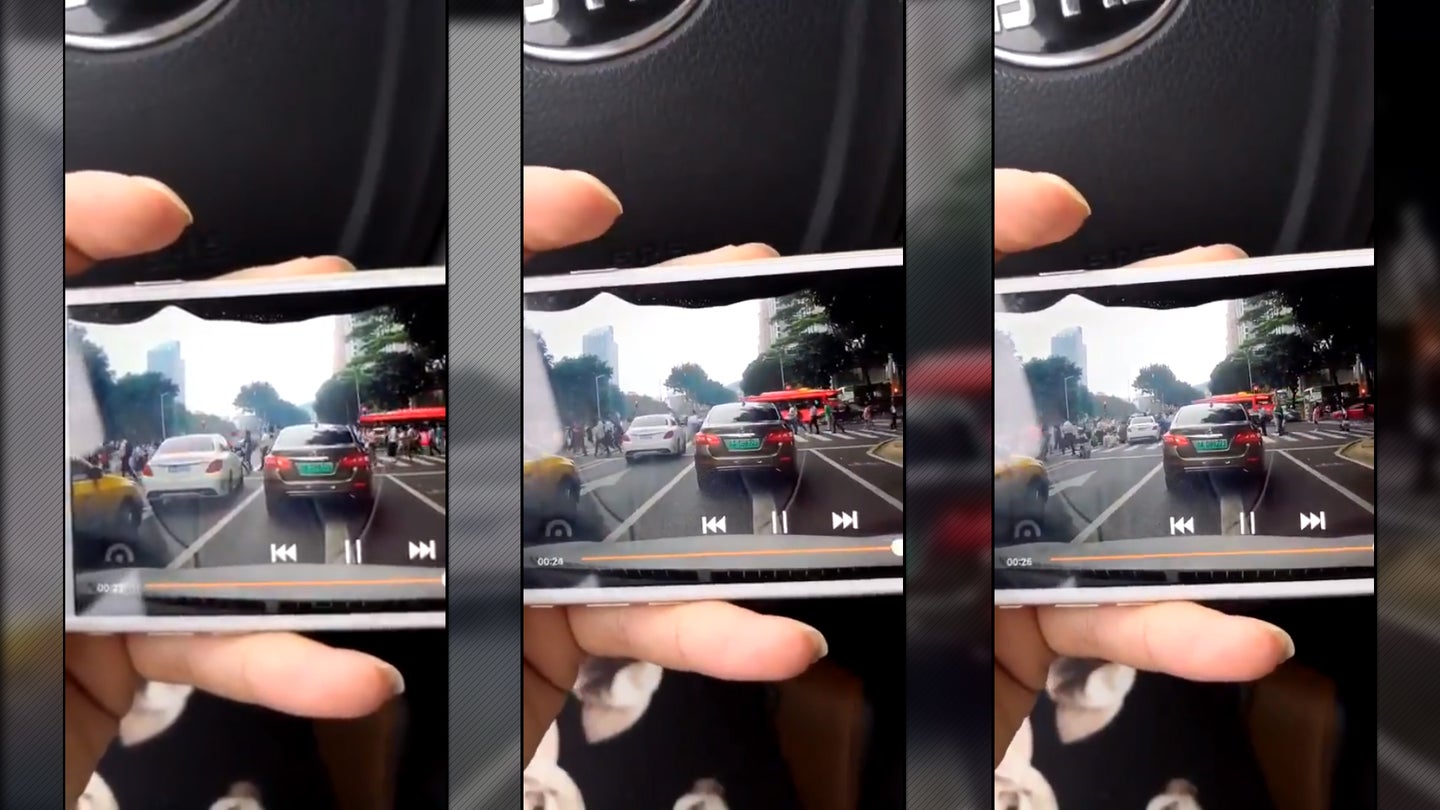 The 45-year-old driver of a Mercedes-Benz C-Class in Guangzhou, China has been detained by police following an accident that left at least 13 people wounded, two of which are in critical condition, including a senior government press official.

The incident occurred shortly before 9:00 AM local time on Tuesday with video surfaced online shortly thereafter. Footage shows a white Mercedes-Benz C 200L waiting at a stoplight then suddenly accelerating into a crosswalk filled with pedestrians. The Mercedes continues to speed forward into the intersection, eventually coming to a stop after it rear-ends another vehicle.

Police questioning revealed that the driver was reaching into the back seat of the luxury sedan to retrieve a water bottle when the car took off, leaving the car in "Drive" while doing so. It's possible that her platform shoes slipped from the brake and instead landed on the accelerator while she was preoccupied. Sobriety tests revealed that the driver was not under the influence at the time of the accident.

"The car ran a red light, hit the pedestrians and collided with two other vehicles," Police wrote in a statement. "The improper operation caused the vehicle to lose control."

While traffic continued to flow through the intersection, the wounded lay in the streets surrounded by onlookers until the scene was taped off by police. Witnesses told local news outlets that they observed a woman being dragged by the Mercedes for "several meters" and at least one elderly individual was knocked to the ground as a result of the accident.

At the time of writing, the woman has not yet been charged with any crime though she had been detained by police at the time of the incident.