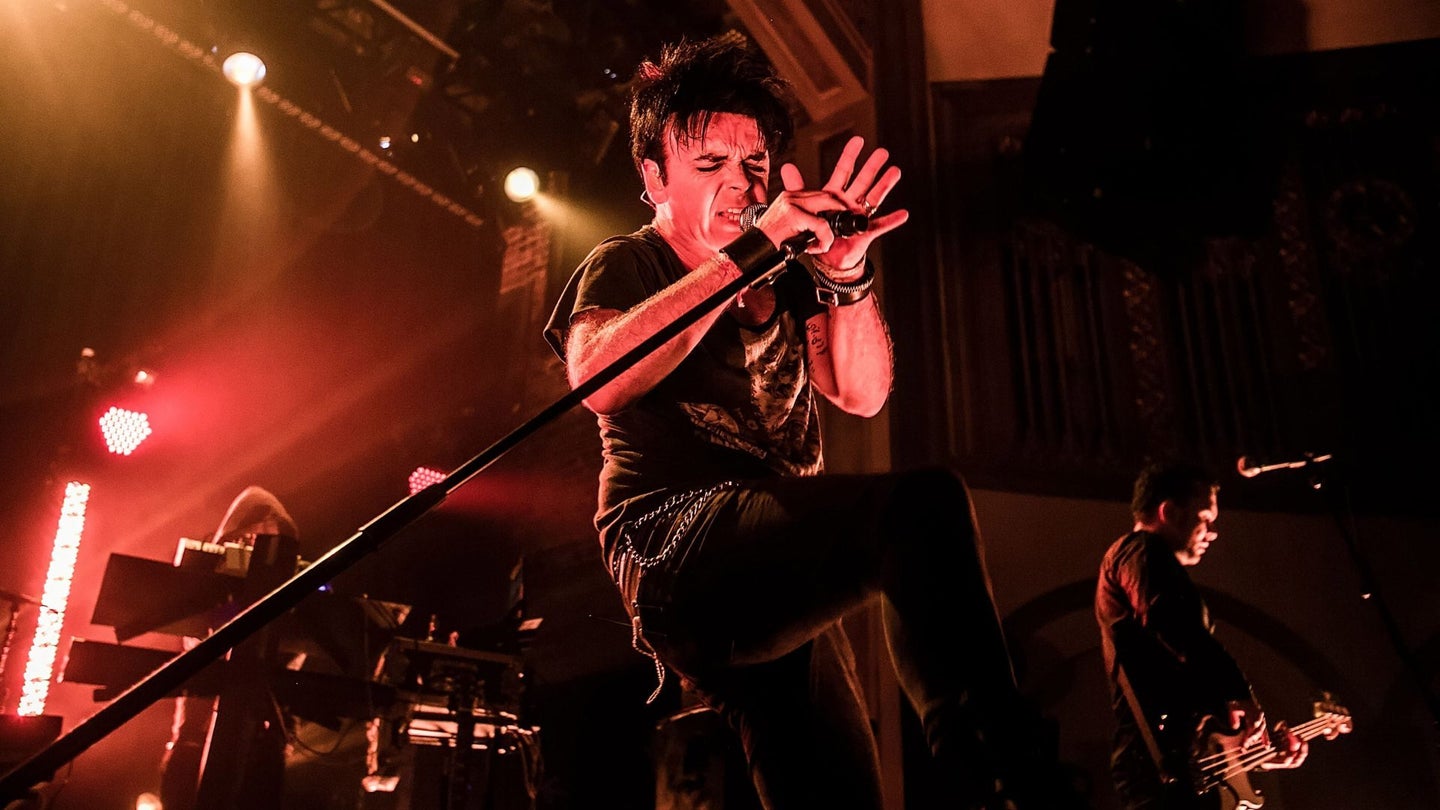 The tour bus of British musician Gary Numan was involved in a fatal accident when it hit and killed a 91-year-old pedestrian in Downtown Cleveland Monday. Numan’s show scheduled for Monday night was subsequently cancelled.

Numan, who gained fame for his popular 1979 single "Cars," was scheduled to play at House of Blues in Cleveland Monday evening, according to ABC News 5 Cleveland. Just before 12:45 p.m. on the way into town, the tour bus's 45-year-old driver made a right turn from East 9th Street onto Superior Avenue, where an elderly man was pushing a cart through the crosswalk. The bus collided with the elderly man, whom authorities pronounced dead on the scene.

Police interrogated the bus's driver, who did not appear to be impaired, and was not arrested. Officials promise to examine the recorded footage of security cameras in the area for better understanding of the accident, and the investigation is ongoing.

Though the bus was undamaged, the emotional states of all onboard were, and a distraught Numan cancelled his show for the evening, issuing refunds through the venue.

"We are all utterly devastated by the fatal accident involving our tour bus in Cleveland earlier today," Numan announced via twitter. "Everyone of us is filled with a sadness that made it impossible to even consider playing our show this evening, and out of respect it would have been entirely wrong."

"I'm sure you can understand why we cancelled and I apologize to the House Of Blues and to the fans for any difficulties or disappointment this decision may have caused. All tickets will be honored at the point of purchase. At the moment all we can think about are the people affected by this terrible tragedy and to them we send all our love."

Numan confirmed Tuesday evening that his tour would continue, though he admitted that the weight of Monday's accident would be carried throughout the rest of his life.