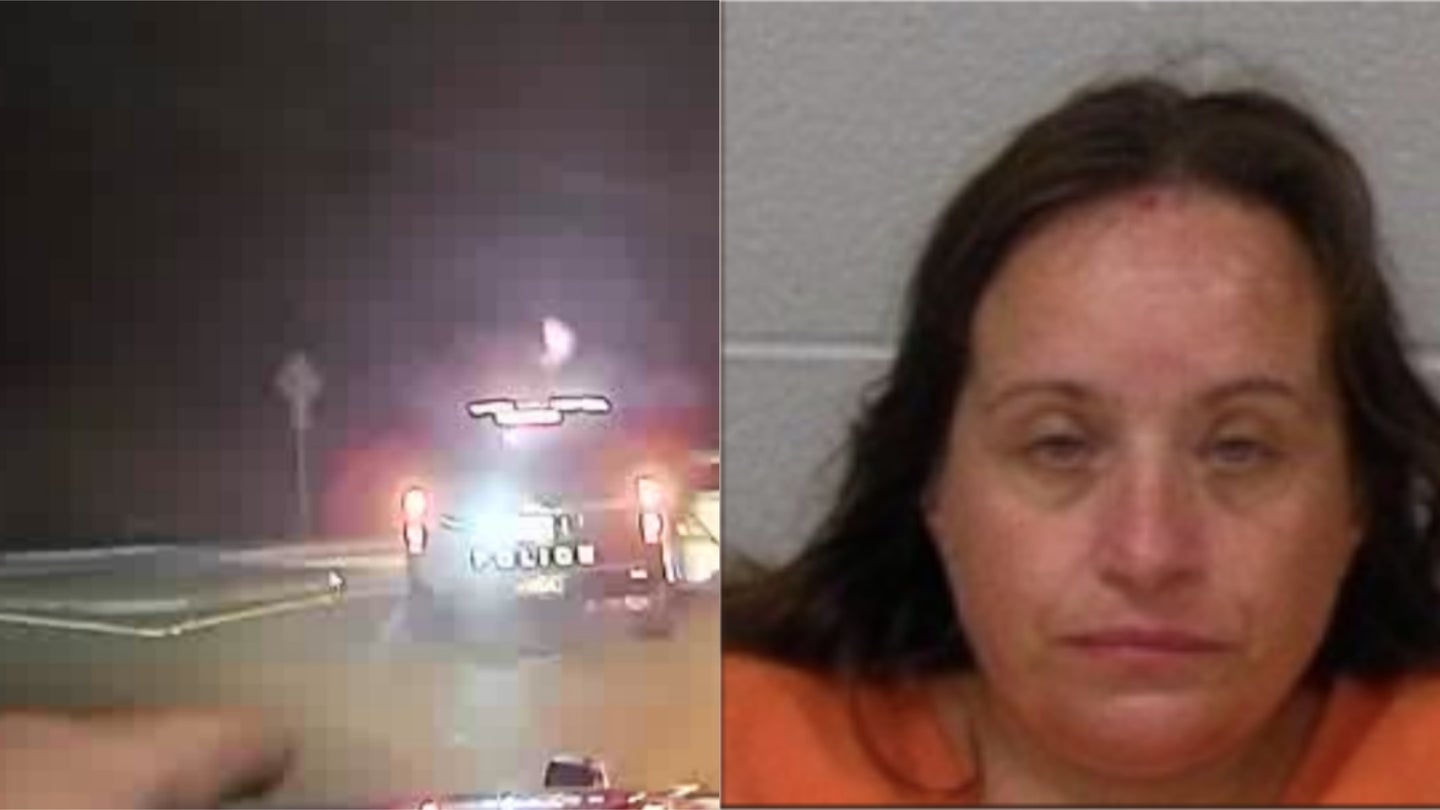 A Georgia woman has been arrested following a police chase in which officers claim she endangered the life of her five-year-old daughter.

Monica Faith Smith, 39, allegedly called police around 4 a.m. Thursday, telling dispatchers she feared someone was stalking her, according to The Atlanta Journal-Constitution. She met with officers in the parking lot of the Carroll County Jail and presented her license, though officers say to have noticed slurred speech and burn marks around her mouth, indicative of possible meth use. Officers also noted Smith's five-year-old daughter crawling around the floorboards of the back seat of Smith's Nissan, believed to be a Versa sedan.

Shortly thereafter, Smith reportedly got into her car, backing it up and almost pinning an officer walking behind the vehicle to their patrol vehicle. She is said to have then hopped the curb, starting a chase that allegedly hit speeds of 80 miles per hour in a 55 mph zone, covering five miles. Officers were hesitant to stop her using forceful maneuvers, concerned for Smith's daughter, but Smith had no such reservations and can be seen maneuvering aggressively to block responders from getting around her, in one instance tearing off her own rear bumper.

Smith's bombastic driving backfired on her when she swerved from one lane to another near a motel, losing control, and spearing off into the trees, where she crashed. Authorities immediately arrested Smith, who wailed an accusation that an officer had raped her during the arrest, but police deny the accusation, pointing to body cam and cruiser dash cam footage as evidence of innocence.

"At one point in time, she said, 'somebody raped me,'" said Captain Shannon Cantrell of the Carrollton Police Department. "We have her on car and body cam video. None of those events took place."

Police extracted Smith's daughter from the crashed Nissan. She was unhurt and has been placed in the custody of a family member.

Smith was booked into jail on multiple charges, one of which was aggravated assault, presumably related to the attempt to smash her vehicle into officers' patrol cars or the parking lot incident that nearly crushed one officer. She has bonded out of jail to await trial.

Drive Wire: A Cop Car That Will Win Almost Any High Speed Chase
The Drive
MORE TO READ