New Midsize Ram Pickup Truck Might Be Built in Ohio

Rumors say a followup to the Dakota could be built alongside the Jeep pickup in Toledo. 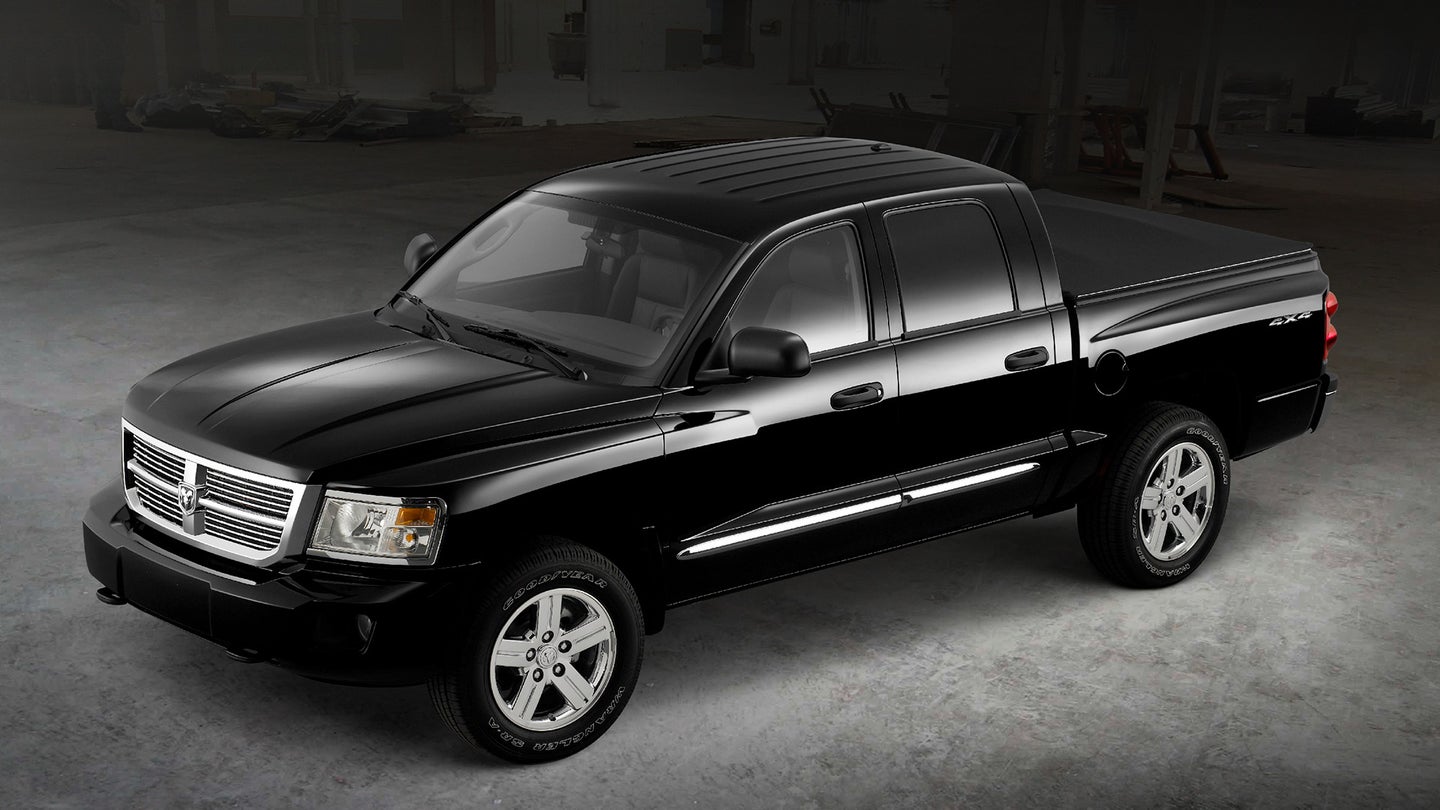 We know that the forthcoming Jeep Wrangler pickup variant will be built at Fiat-Chrysler's Toledo, Ohio production facility. We also know that FCA has plans to resurrect a midsize Ram truck. Now, we have reason to believe that that the latter will be produced with the Jeep at the same facility, providing various benefits for the automotive group.

This is according to Automotive News, who claims that suppliers are hinting that the new Ram midsize offering will indeed be joining the new Wrangler platform, possibly called the Scrambler, in production.

This means that the new Ram will likely be a body-on-frame pickup truck and not a unibody like Ram's 700 model that's sold in Latin America, or Fiat's Toro. Sharing components with the supposed-Scrambler will also help FCA keep its costs in line when both vehicles go on sale.

Automotive News believes that the Scrambler pickup truck alone won't sell in the volume needed to keep that Toledo plant running at capacity when sales begin, so adding an additional truck to the line helps close the gap. It should also be noted that by building the truck here in the United States, FCA can offer the midsized Ram truck in the U.S. while avoiding the "Chicken Tax," a ruling that was imposed in 1964 which places a 25 percent tariff that still stands today and is credited to be the reason why small trucks, like the Volkswagen Amarok, aren't imported and sold in the U.S.

The Drive reached out to FCA for comment, and a Ram spokesperson referred us to the Capital Markets Day presentation by Mike Manley that confirms a midsize or metric ton pickup by 2022. No production information was given at that time, however.

The midsize pickup truck space is soon going to be quite busy with Ram and Jeep joining Honda, General Motors, Toyota, Nissan, and Ford, the last of which will be releasing an all-new Ranger model into the U.S. for 2019. The last time a Ram truck of this size was sold in the United States was the Dakota, which went out of production in 2011.

Lean, mean, and tricked out with tech.