The head of Jeep in North America opens up about the new Jeep truck's competitors and capabilities—and his favorite feature on the new rig. 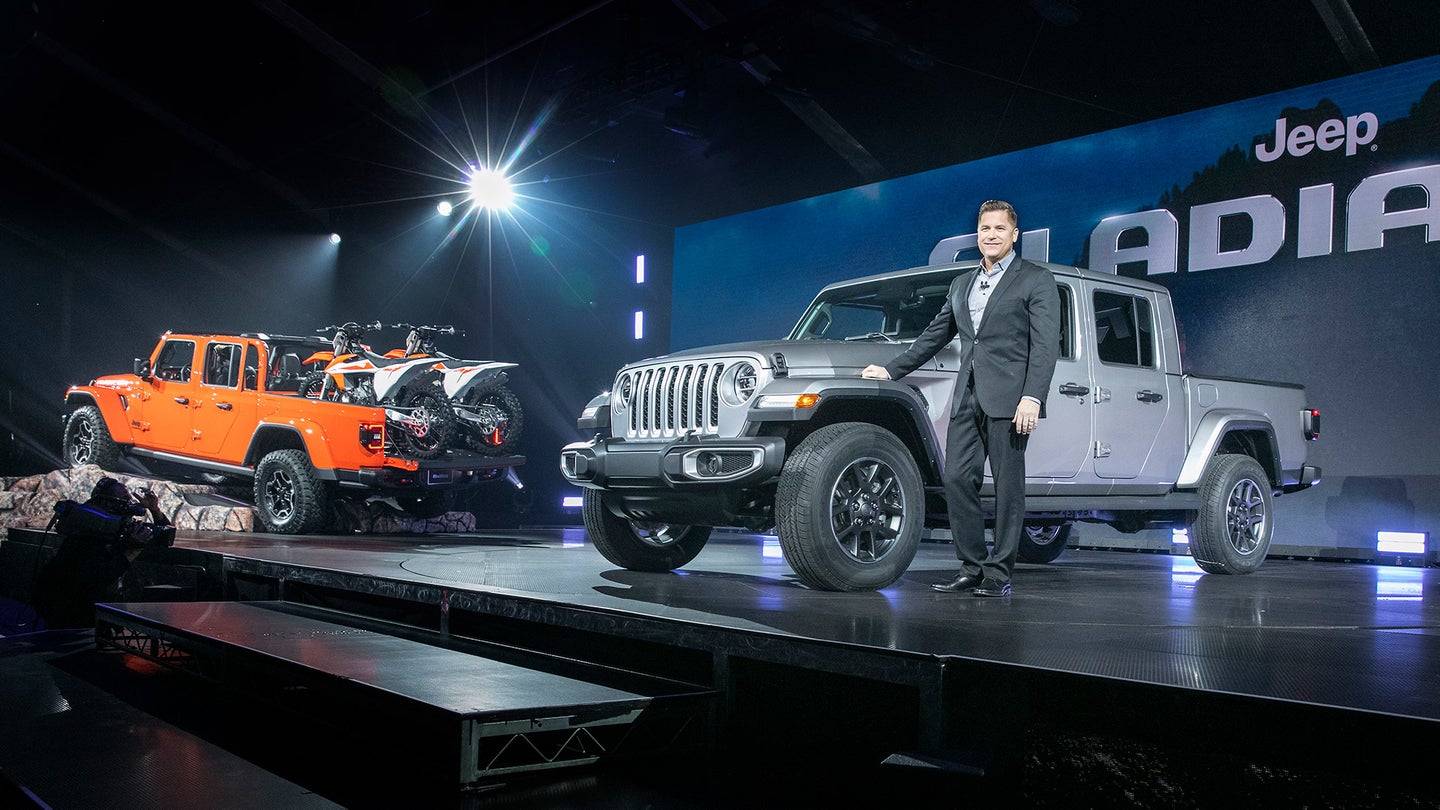 The all-new, Wrangler-based Jeep Gladiator is, undeniably, a big deal. It's the most capable midsize truck that comes with a reputation second-to-none for off-road capability. We already know it'll be built in Toledo, Ohio, offered with both gasoline and diesel engines, and dealers will almost certainly slap some big markups onto this off-road pickup. But there are still plenty of questions swirling around: How many Gladiators does Jeep expect to sell? Will it cannibalize sales of the dearly beloved Wrangler models? Is a Ram midsize truck in the cards?

To find out, The Drive sat down with Tim Kuniskis, Jeep's head of its North American operations, to ask those questions and crack the code behind the brand's most-anticipated vehicle in decades.

The Drive: Why do a pickup truck?

Tim Kuniskis: We have a history of doing a truck forever, except...in the past 25 years. So we had credibility coming back into a space we had been in previously. It wasn't a weird "Where are you coming from?" type of thing. The segment is getting much more interesting now. The segment is growing fast. It could be up to over 15 percent this year and growing faster than the SUV segment.

It gives us more reach in the industry. People talk about fluctuations in the industry, but it's still 17 million units. With Wrangler and Compass and Cherokee and Grand Cherokee, we're competing against four million units of that 17. When [Gladiator] is at full production, the segment will be around 500,000 units. That's another 12 percent of the industry [we] can talk to.

Quite honestly, the launch of the JL enabled this. The JK was a phenomenal vehicle, but the JL, because it is so much more refined, more on-road everyday capable than the JK ever was...that allowed us to go into this truck segment.

TD: If the metric-ton Ram pickup comes to the U.S., do you think it'll cannibalize sales of Gladiator?

TK: I think if there were to be another version...we have a history of one showroom with five brands. We have a history of carving out unique identities for those brands. [The Chrysler] 300 and [Dodge] Charger attract two totally different customers. I think with our brand strategy, we could pull it off.

TD: Do you think you'll take customers away from Wrangler or get mostly new customers?

TD: Are those new customers going to be all-new to the segment, or will they come from the Toyota Tacoma or Chevy Colorado?

TK: I think a large portion of them will be new to the segment. Of course, I'd love to get some conquests, but I think most will be new.

TD: What was the thought process about the four-door? Was there ever talk of a two-door?

People aren't buying these for just their weekend toys. They're buying these as their daily drivers, so having the crew cab for those people is pretty much essential.

TD: What's the maximum output of the Toledo plant for Gladiator—and once you're up and running, what do you anticipate output being?

TK: I'm not going to tell you the number, but we'll hit the number.

TD: What are you most personally excited about on Gladiator?

TK: I'm excited about a very small feature that opens up a door to a whole area we haven't played in before: the Off-Road Plus feature. Now we can lock the sway bar, unlock the front differential, and lock the rear differential in four-high, which we've never done before. It now takes the most capable truck in the world—bar none—and in one touch, as soon as I get off the rocks, I can go high speed through the desert.