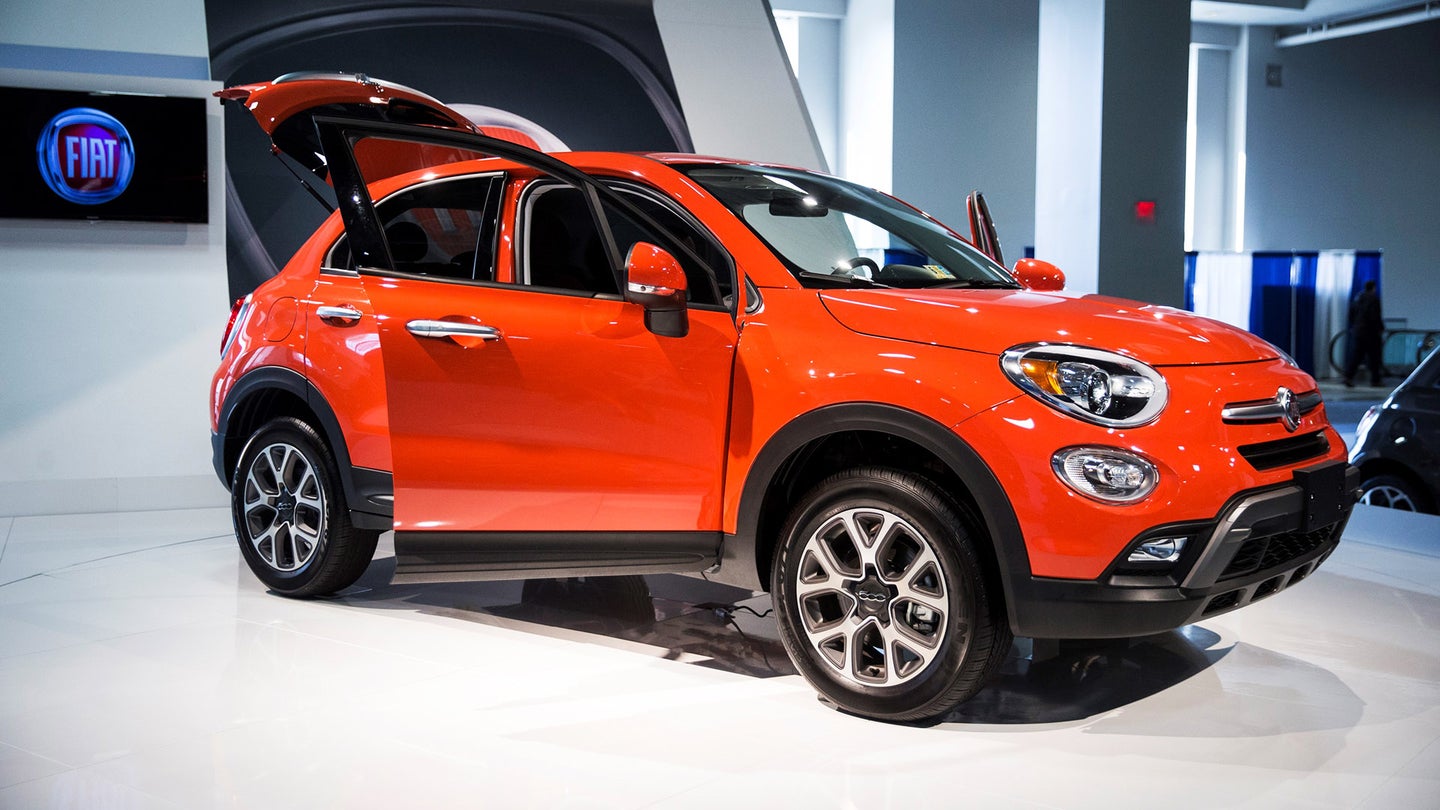 It may seem like a bad case of déjà vu, but it's looking more and more like Volkswagen Group's ongoing Dieselgate saga is just the tip of the iceberg when it comes to emissions scandals. Following news earlier this year that investigators in both the United States and France believe Fiat Chrysler Automobiles might have also fitted its cars with devices and software designed to cheat during emissions testing, Germany's transport ministry announced today that its regulators have discovered what they believe to be one of those very devices in a brand new Fiat, according to a new report in Reuters.

Germany isn't messing around when it comes to investigating the myriad diesel scandals, sending police to raid VW and Audi offices and factories earlier this month to look for evidence in a process that will undoubtedly lead to criminal trials. So it should worry FCA that regulators with Germany's transportation ministry reportedly found that a Fiat 500X's "exhaust treatment system" switched off after 90 minutes of driving in an apparent bid to outlast the standard 20 minute emissions test. Another Fiat tested reportedly shut off its exhaust treatment system in 22 minutes.

"We are not in a position to comment on the validity or accuracy of supposed KBA internal documents or on purported emissions tests that we have never seen," a FCA spokesperson told Reuters, adding that the 500X passed testing by the equivalent agency in Italy.

German officials will be sending their findings to the European Commission, who are currently trying to force VW to offer a buyback program similar to the one currently underway in the United States, and it's unclear what the next steps will be. Just don't ask FCA CEO Sergio Marchionne, who told reporters earlier this year he's "really pissed off" about regulators pointing the finger at his company.