The class-action lawsuit is being handled by a firm that previously worked on Volkswagen's $10 billion settlement. 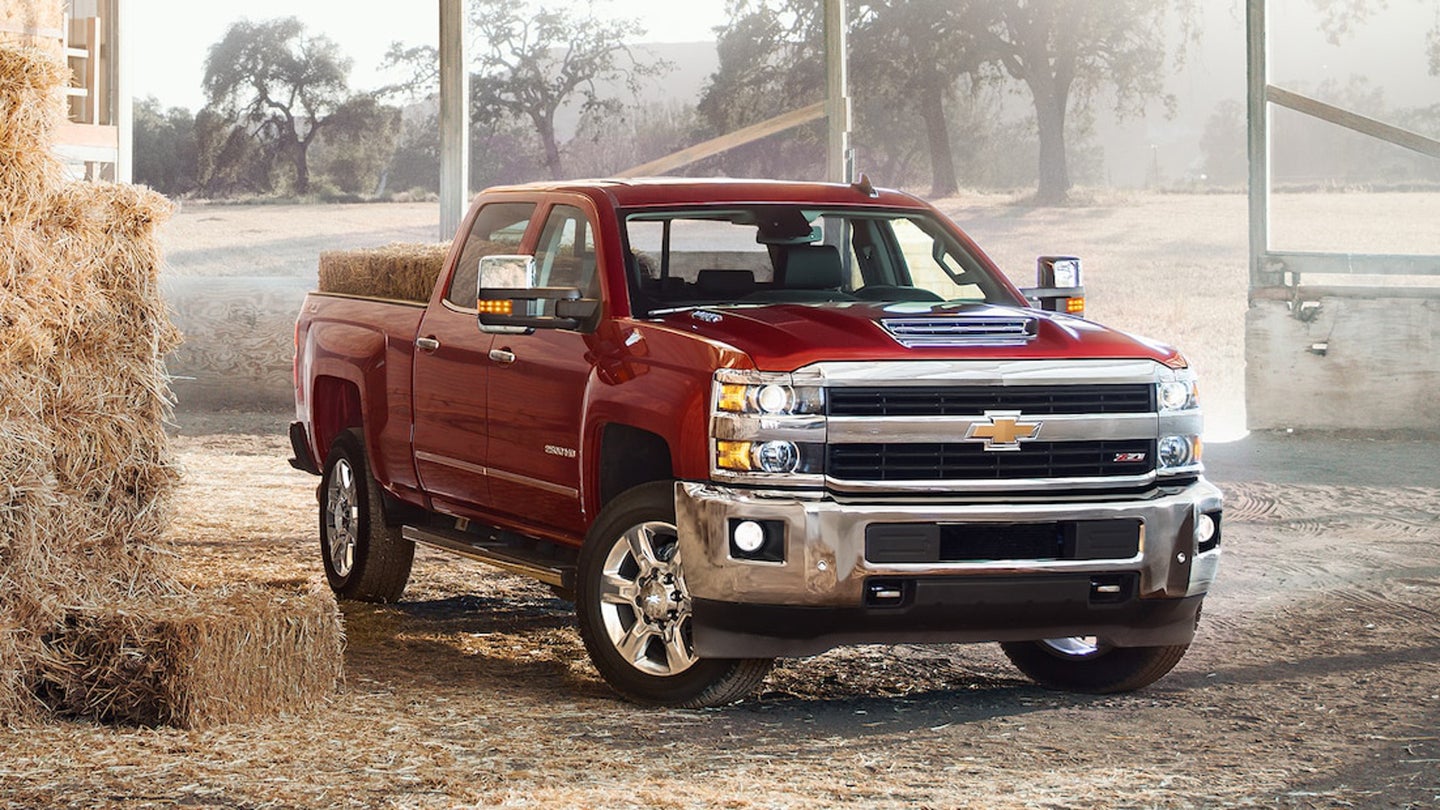 Owners of Duramax diesel-powered Chevrolet Silverado and GMC Sierra HD trucks are suing General Motors over allegations the company installed illegal "defeat devices" to pass emissions tests while allowing the engines to overpollute in real world use, according to papers filed in U.S. District Court today.

Class-action law firm Hagens Berman, who also worked on the eventual $10 billion Volkswagen Dieselgate settlement, alleges that the Duramax diesel engines in 2011-2016 Silverados and Sierras are rigged with at least three distinct devices designed to only limit emissions under a narrow range of circumstances matching those found in emissions testing. On the open road, the lawsuit claims the 705,000 affected trucks pollute at rates up to five times higher than the legal limit.

"This is a shocking discovery, and a really big deal because the NOx limits for these big trucks are four times what the limits were for the much smaller Volkswagen passenger cars and there are more of these trucks on the road," managing partner Steve Berman said in a press release.  "As a result, these GM trucks likely dumped as much excess poisonous NOx emissions into our air as did the cheating Volkswagen passenger cars."

Hagens Berman claims that engineers at General Motors switched the order of several exhaust treatment components in the engine to gain more power, then installed the defeat devices to compensate for the new setup's increased need for emissions controls. The alleged devices only activate when air temperature is above 86 degrees or below 68, or after between 200 and 500 seconds of driving.

The complaint claims these circumstances, rarely found in emissions testing, match more than two-thirds of the total miles driven by those trucks in and around America's thirty biggest cities since 2011. Hagens Berman used its own on-road testing equipment in gathering evidence for the suit.

"GM sold its Duramax line as a powerful diesel that magically emitted lesser amounts of harmful NOx pollutants," Berman said. "But as our firm’s testing revealed, GM could not accomplish what it promised consumers."

This is just the latest in a string of investigations, complaints, and lawsuits from around the world alleging that companies from Fiat-Chrysler to Mercedes-Benz to Volkswagen systematically cheated on diesel emission tests with potentially deadly results. As public opposition mounts, some manufacturers have already announced their plans to drop compression-ignition technology entirely in favor of developing new electric models.

If you own one of these trucks, you can get more information on joining the suit on the law firm's website. For its part, General Motors denies the allegations.

"These claims are baseless and we will vigorously defend ourselves. The Duramax Diesel Chevrolet Silverado and GMC Sierra comply with all U.S. EPA and CARB emissions regulations," GM spokesman Pat Morrissey said.