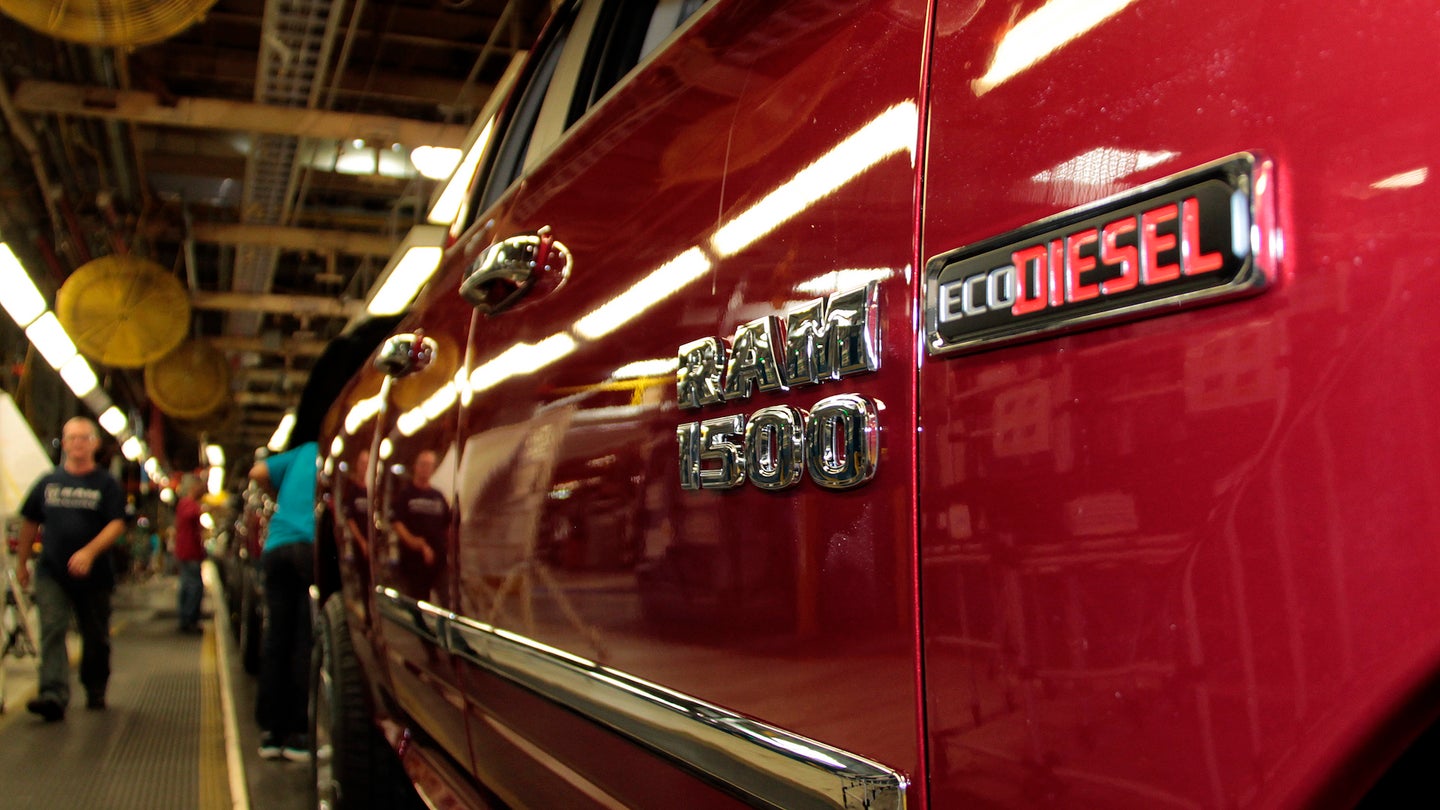 It's Fiat-Chrysler's turn to face the music for violations of the Clean Air Act. The EPA issued the auto manufacturer a notice of violation for allegedly installing and failing to disclose engine management software in several vehicles equipped with its 3.0 liter diesel engines. Auxiliary emission control devices can alter the amount of nitrous oxide emitted from the vehicle, and were not disclosed on the vehicle's executive order certifying its compliance with federal emissions regulations.

The violation affects 104,000 diesel-powered light duty vehicles that were sold in the U.S., including model year 2014, 2015 and 2016 Jeep Grand Cherokees and Dodge Ram 1500 trucks. The California Air Resources Board, which enforces the state's strict emissions regulations, was also notified of the violation, and has also issued a notice of violation to FCA.

The news follows on the heels of Volkswagen's settlement with the EPA and CARB for similar violations regarding emissions “defeat devices” it used on diesel passenger cars for model years 2009-2016 in the U.S.

Chrysler Fiat issued a statement saying that it believes its emission control systems hardware meets state and federal requirements, and therefore are not "defeat devices." It has been working with the EPA for several months and proposed a number of solutions to satisfy the EPA’s concerns, including updating its software to improve emissions control performance.

The company responded with the following notice.

FCA US Response to EPA

January 12, 2017 , Auburn Hills, Mich. - FCA US is disappointed that the EPA has chosen to issue a notice of violation with respect to the emissions control technology employed in the company’s 2014-16 model year light duty 3.0-liter diesel engines.

FCA US intends to work with the incoming administration to present its case and resolve this matter fairly and equitably and to assure the EPA and FCA US customers that the company’s diesel-powered vehicles meet all applicable regulatory requirements.

FCA US has spent months providing voluminous information in response to requests from EPA and other governmental authorities and has sought to explain its emissions control technology to EPA representatives. FCA US has proposed a number of actions to address EPA’s concerns, including developing extensive software changes to our emissions control strategies that could be implemented in these vehicles immediately to further improve emissions performance.

FCA US looks forward to the opportunity to meet with the EPA’s enforcement division and representatives of the new administration to demonstrate that FCA US’s emissions control strategies are properly justified and thus are not “defeat devices” under applicable regulations and to resolve this matter expeditiously.