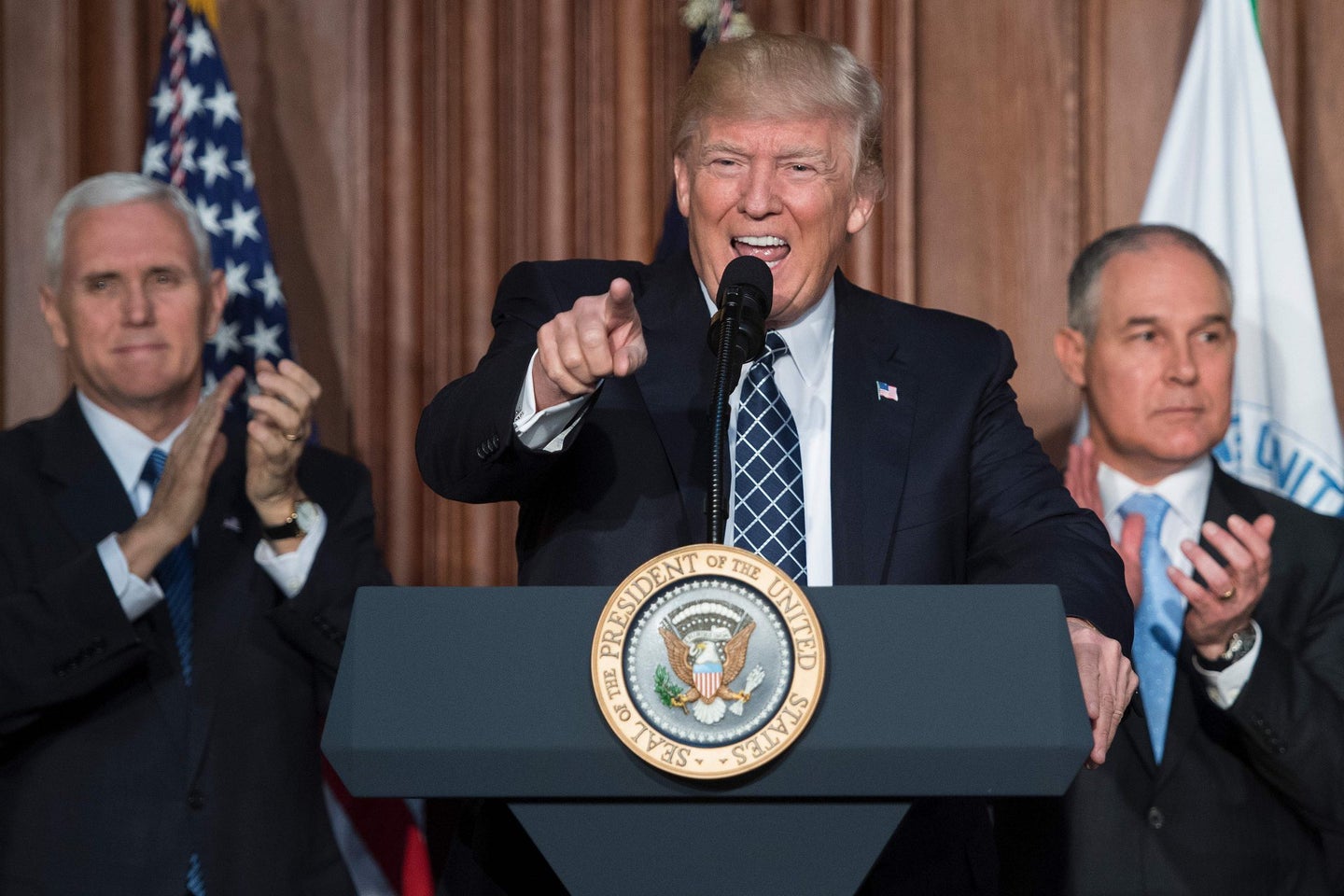 The budget proposal submitted by the Trump administration in March was quite clear on the administration's priorities as they pertain to the Environmental Protection Agency—that is, the EPA was the sheep to be slaughtered rather than sheared, standing to lose a whopping 31 percent of its federal funding, the most of any federal agency, and seeing more than 50 programs eliminated.

And, as Reuters reports, the proposed cuts would virtually eliminate the EPA's resources through which the agency tests new vehicles to certify that emissions standards are met and that fuel economy numbers are accurate:

"In a March 21 budget document posted online by the Washington Post, the Trump administration proposed eliminating $48 million in federal funding for EPA vehicle and fuel testing and certification.

"It represents a 99 percent federal cut to the vehicle testing budget and would require 'pretty much shutting down the testing lab,' said Margo Oge, who headed the EPA's Office of Transportation and Air Quality under President Barack Obama."

The budget document suggests the administration would raise fees on industry to help pay for such testing.

According to the document, the staff who run the vehicle-testing department would be cut by more than half, eliminating 168 of 304 full-time jobs. This is the same department, it should be noted, that helped uncover the Dieselgate scandal, in which Volkswagen AG admitted it had installed "defeat devices" on its diesel vehicles to cheat emissions standards testing for years.

An MIT study on the scandal concluded that the excess emissions from Dieselgate would contribute to 1,200 premature deaths in Europe alone.