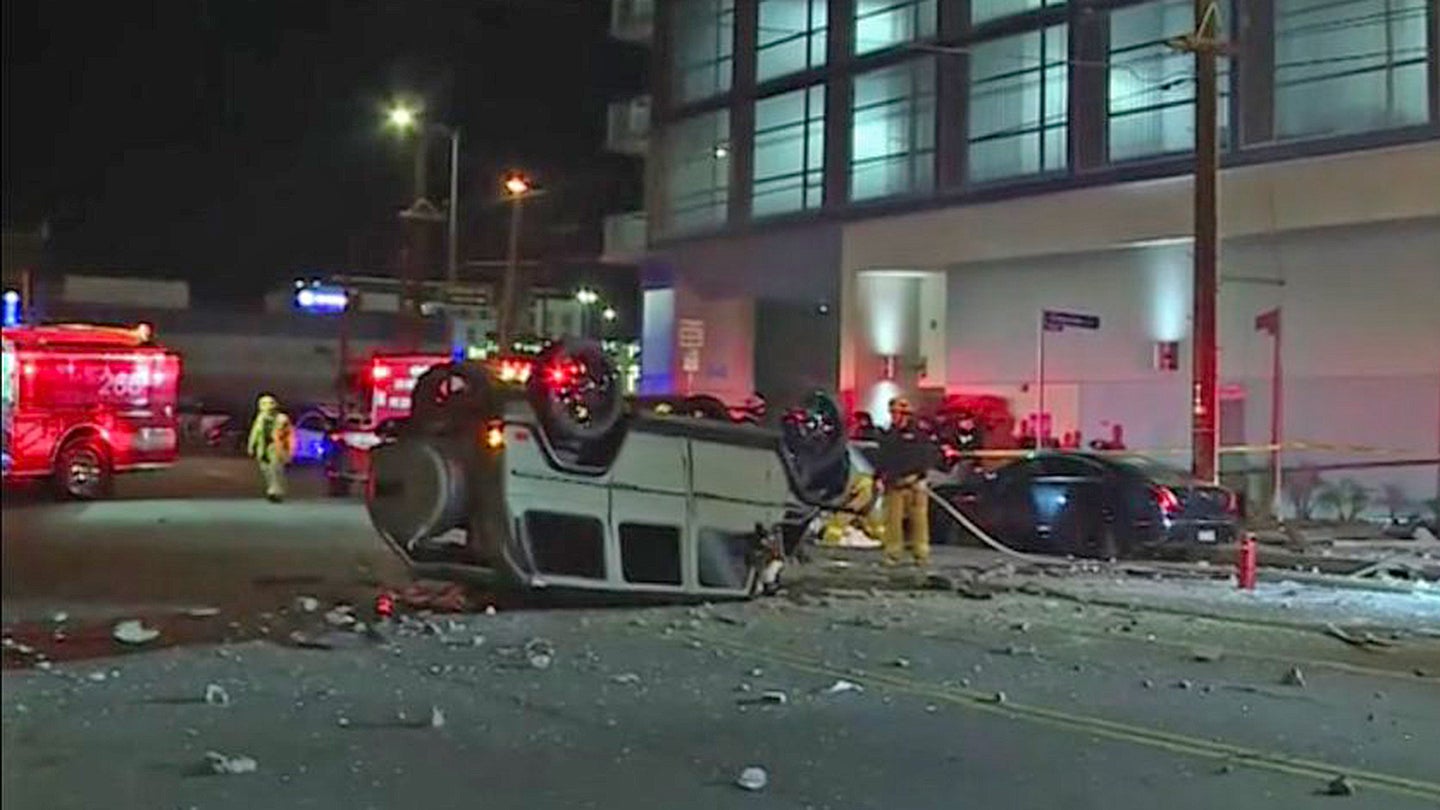 The driver of a Mercedes-Benz G-Class was hospitalized after driving his G-Wagen through the wall of the third floor of a parking garage and landing on his roof in North Hollywood, California last Thursday night, according to authorities and news sources.

The incident occurred around 11pm on January 3rd near the intersection of Tujunga Avenue and Magnolia Boulevard, when the Mercedes was propelled through the side of the parking structure and flipped onto its roof before landing on the street below, scattering chunks of concrete and shards of glass across the sidewalk and road. The Los Angeles Fire Department extricated the trapped driver, according to NBC LA; bystanders reportedly also helped pull the Mercedes's driver from the flipped vehicle, according to local news reporter Kim Tobin's Twitter account.

The driver told Los Angeles Police Department officers that the acceleration was unintentional—or, as NBC LA described it with a certain lack of detail, "something got stuck and made him accelerate." LAPD representatives said their investigation suggested the driver had stepped on the gas instead of the brake, according to ABC 7, adding that drugs and alcohol were not involved in the crash.

Video posted to social media from inside the parking garage—part of a large mixed-use structure, according to the Los Angeles Daily News—showed a somewhat cartoonish, G-Wagen-sized hole smashed into the wall of the structure.

Considering the distance the G-Wagen appears to have traveled through the air, it seems rather remarkable that the boxy brute is in as good a shape as it is—or that the driver made it through as well as he did. If anyone from the Mercedes-Benz dealership that sold this G-Class happens to be reading this...well, we say make like that Toyota dealership did with its crashed Camry and plop this sucker in the showroom to show off how safe your cars are.