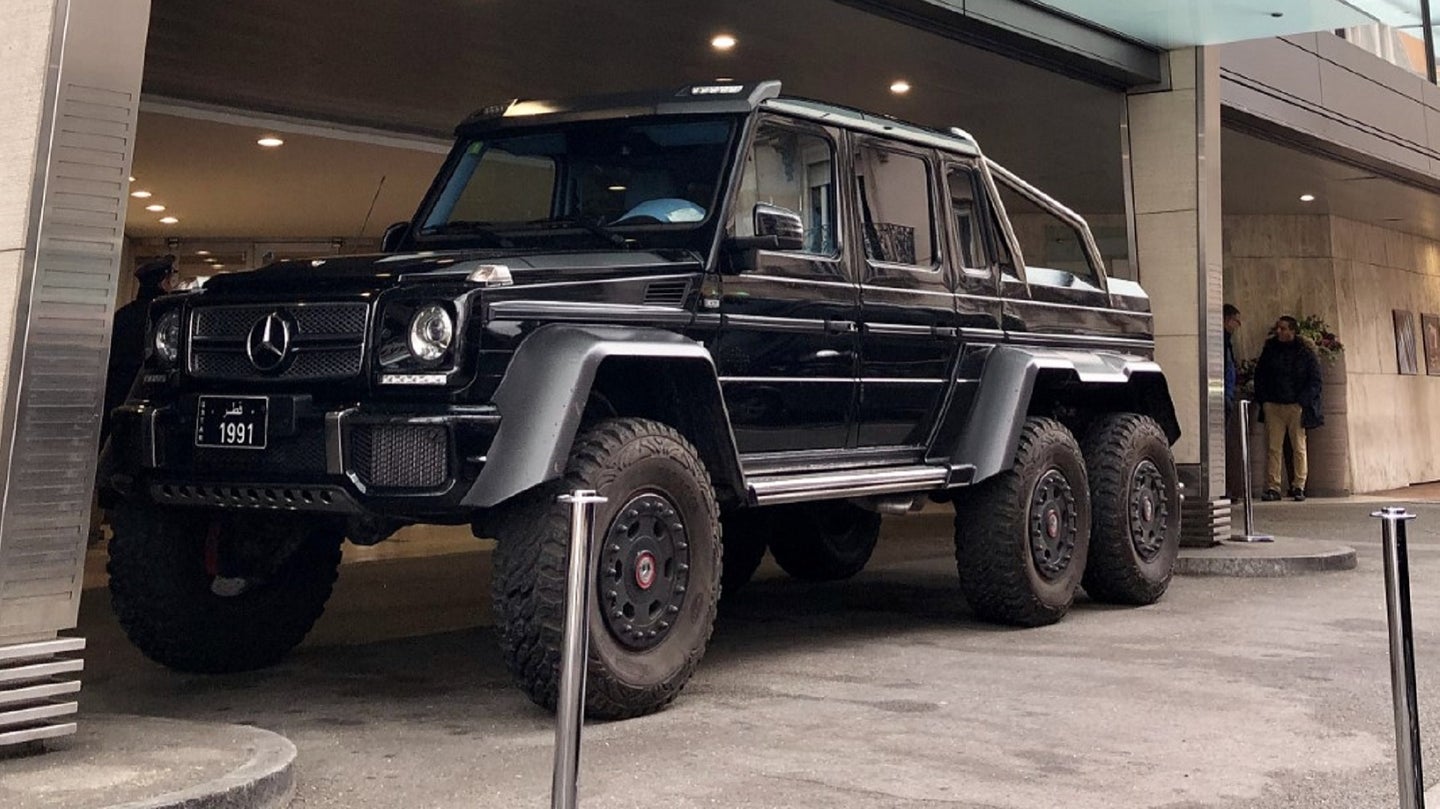 Parallel parking a car, any car, is many drivers' worst nightmare. We may never know if the person responsible for parking this jaw-dropping Mercedes-Benz G 63 AMG 6x6 at a hotel driveway is some sort of competitive parking aficionado, but what we do know is that this parallel parking job was not an easy one.

The photo comes to us all the way from Geneva, Switzerland, where a large majority of the world's sports car, supercar, hypercar, and out-this-freaking-world car owners are currently congregating for the 2019 Geneva Motor Show and other auto show-related festivities. As a result, beasts like this one photographed here, and many other Bugatti, Paganis, and Koenigseggs, are happily cruising around the lakeside city. While their flamboyant owners sleep, however, these rolling works of art sit nice and pretty outside luxurious hotels. Of course, not all of them are precisely parallel-parked between two massive columns.

We don't know much about this towering German (or is it Austrian?), besides the fact that it's a 6x6 G-Wagen and it appears to sport front and rear license plates from the Kingdom of Qatar. Judging by the fact that the plate only lists four numbers rather than the traditional six, it's clear that the owner of this 6x6 is well positioned within the social (or royal) classes in his home country and that he probably owns several others vehicles of this caliber. In addition, the owner clearly has enough coin to ship this behemoth (and probably others, too) from the Middle East to the swanky European country—although this tidbit comes as a surprise to no one.

While the 5.5-liter biturbo AMG V8 is typically enough to get the 6x6 in or our of any tricky situation, this is perhaps the only scenario that didn't require more than a handful of its 563 horsepower. At a staggering 19.2 inches in length and with the turning radius of a semi truck, we can imagine that it took the driver several minutes to squeeze into that spot. But in the end, we bow down to unknown hero.