UAE Is Cracking Down on Modified Cars

New laws will make modding your car harder, but safer. 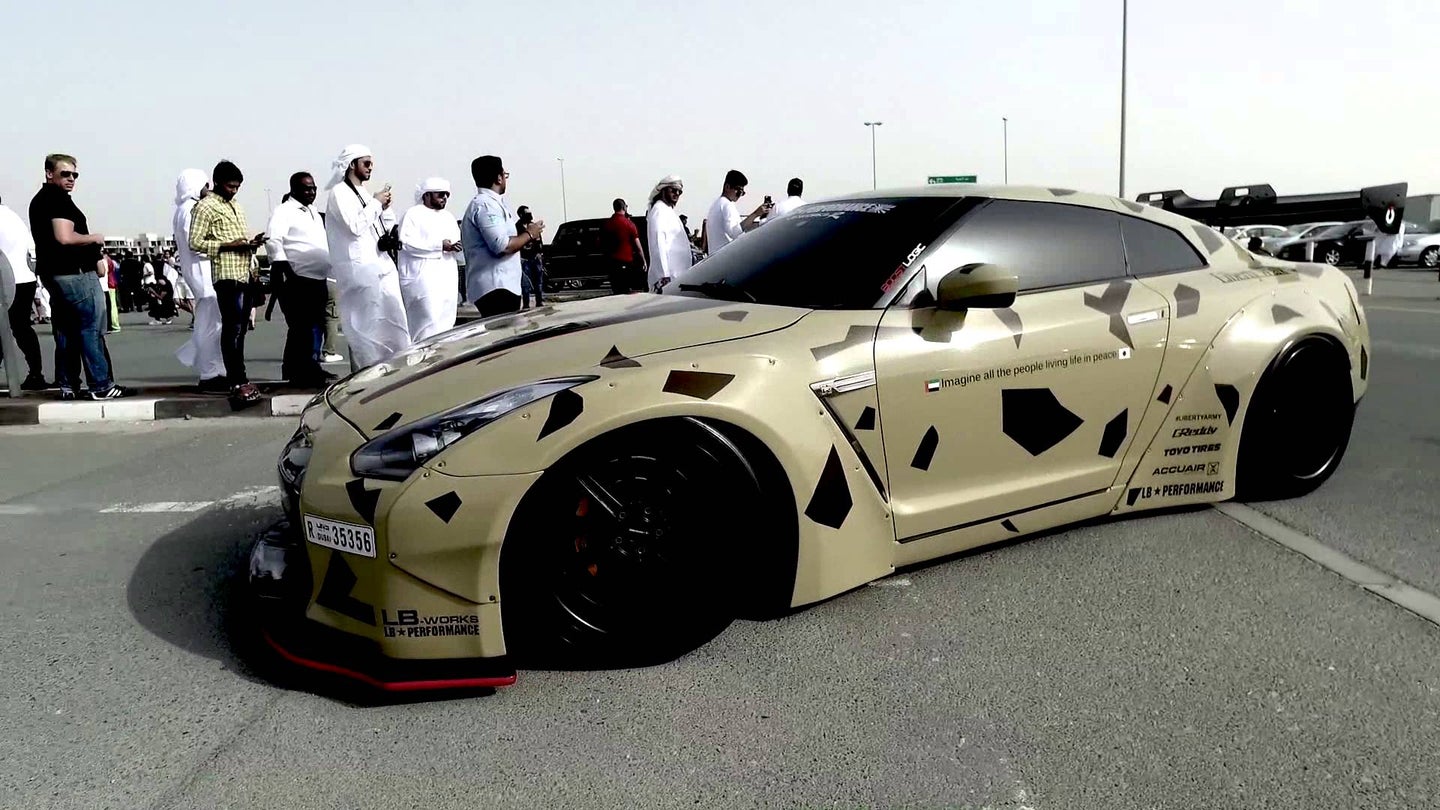 Without a doubt, the United Arab Emirates is a great place for car enthusiasts. The UAE's capital city, Dubai, is a gorgeous town overflowing with ludicrously-expensive cars. It helps that the Dubai police force is well-equipped to handle any show-offs, but apparently, it's starting to lose control. Triple-digit street racing and rich fools setting their Lambos on fire are still proving that money can't buy skill, no matter how successful the oil business is. With more people spending tons of money on mods to make their cars stand out, the government is starting to take steps to regulate auto tuning to stop everyone from inevitably overdoing it.

According to The National, the UAE enacted cabinet decision 45 a few months ago, which went into effect on June 1—now the government is getting serious about it. The new law dictates the extent that owners can customize the internals of their cars, from the engine to the exhaust system. The law focuses on preventing people from modifying their cars to have way more power than they were designed for, so your Hellcat-swapped Prius definitely needs to go.

Not all hope is lost for tuners, as mods are still technically legal, but now they're actually regulated. Someone who wants to alter their car must now apply for a permit from Emirates Authority For Standardisation and Metrology and be prepared to have their vehicle inspected at any point from the police and standardized inspection centers. All modifications will have an approval process, so no alteration is strictly off-limits, some are just more likely to fail the tests.

The other good news is that the primary inspection center is located at the legendary Yas Marina racetrack, not some soulless government building that doesn't understand gearheads. CEO of the track Al Tareq Al Ameri stated that he's grateful for these new laws, as they actually promote higher-quality modifications and weed out cheap garage builds that could harm drivers.

This isn't the end of car modifying in the UAE, just the beginning of a new era of safer and higher-caliber tuning.

Excessive noise and mischief have caused the Crown Prince to take extreme measures.

Were you expecting it to be anywhere else?