The Black Eyed Pea mods a Tesla, proves himself the opposite of Frank Ocean. 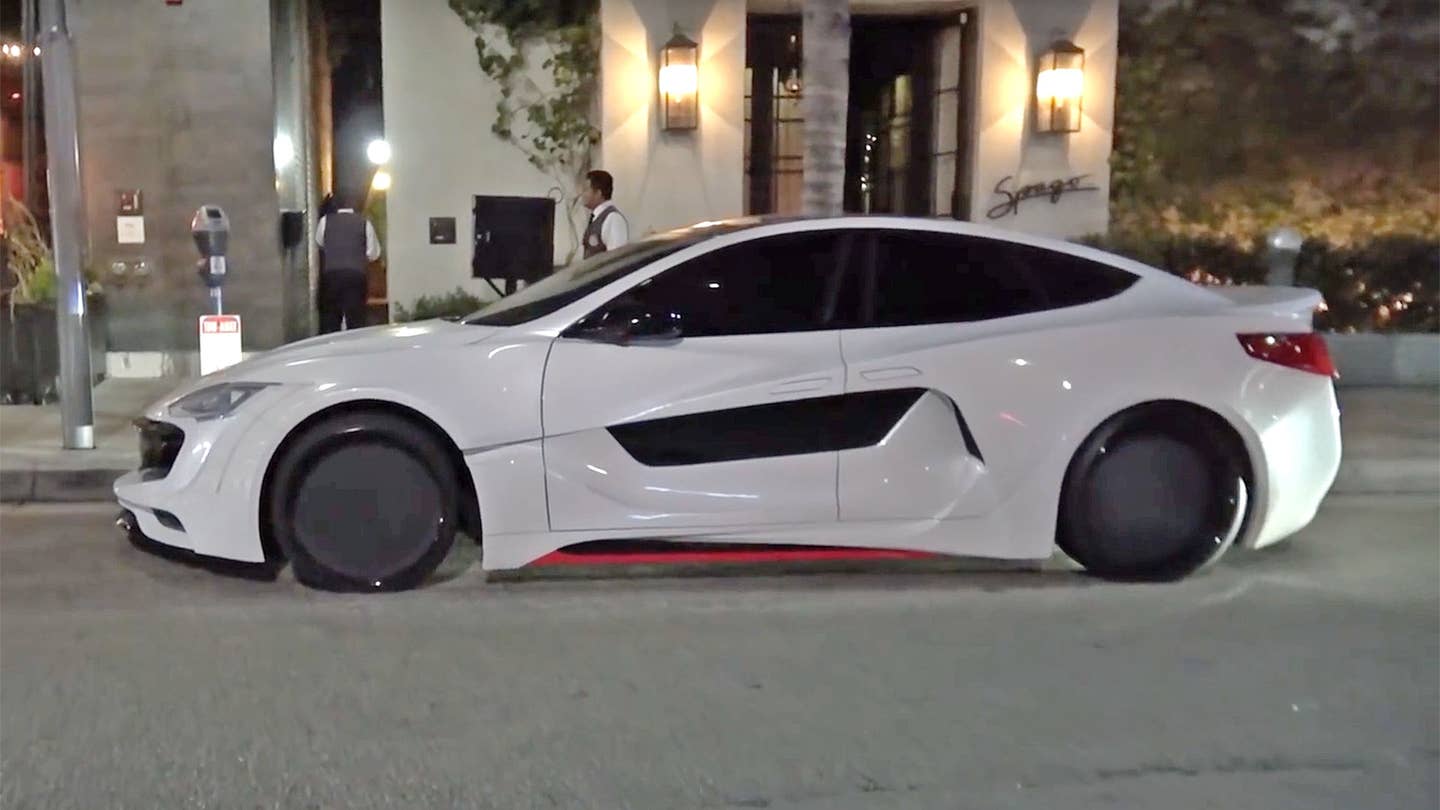 Frank Ocean is an impressive car fanatic, as proven by him penning car essays and peppering marques into lyrics from his new album, Blonde. His passion for vehicles, while exuberant, comes across in a perfectly subtle manner. Diametrically opposing Ocean, in both automotive taste and adroitness, is Will.I.Am. Case in point: what he’s done to this poor Tesla Model S.

With a widebody kit, a heap of faux vents, and a bunch of other garbage spewed onto the body of a rather comely car, Will.I.Am’s newly disfigured EV was videoed by a carspotter in front of Spago, a once-trendy restaurant in Los Angeles. We’ll give you a moment to take in all the heinousness.

The no-rim rims, the rear suicide (?) doors, a humongous rear fascia that adds no function and instead takes away from the car's form, a wrap-around taillight-slash-Fruit Roll-Up, window tint so dark light can barely escape, and chopped springs that mean the thing is sure to crunch and scrape every hump, bump, and pebble all add up to a bucket of sorrow. Why anyone would look at a Tesla Model S and think, “Hmm, this should look more like a Stormtrooper,” is beyond us, but not dear sweet Will.I.Am and his “tuning” company IAMAUTO.

Among the other vehicles Will.I.Am and IAMAUTO have vomitted into the world is his $700,000 eponymous vehicle. The launch of this travesty was heralded by Will.I.Am’s appearance on Top Gear, where he prattled on about loving cars and technology so much, he believed himself capable of launching his own marque. That concept vehicle turned out to just be a heavily-modded DeLorean.