To make them better, Reeves kindly breaks the bikes during testing. 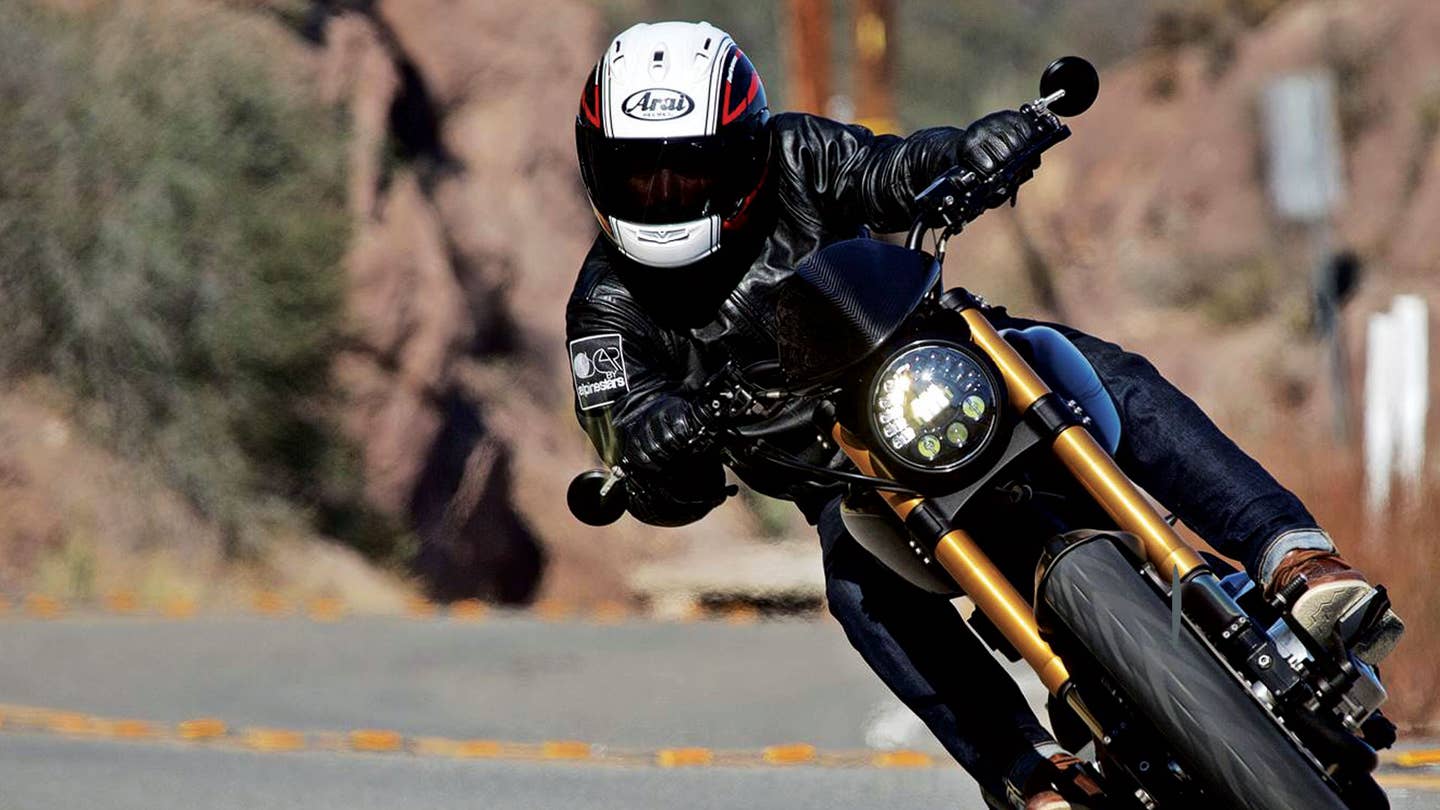 Ask Gard Hollinger what he does for a living and his reply is quick and sly: “I usually say I’m a janitor.” In reality, he admits a portion of his duties at Arch Motorcycles entails cleaning up, but his official title would be “co-founder.” The Los Angeles native’s business partner in their boutique motorcycle manufacturing venture? Keanu Reeves. The duo met when Hollinger was creating a handful of masterful bespoke bikes under his LA Choprods banner.

“I was impressed with how thoughtful Keanu was as a rider,” Hollinger tells The Drive. “I’ve been riding since I was 8 years old and I don’t know if I’ve ever been so reflective about the experience.” Reeves, who rides motorcycles exclusively (“He’s only owned three cars in his life, and one was a replacement for another that was stolen,” Hollinger chuckles) shared a vision for building the ultimate custom-tailored motorcycle. “Here’s a guy who goes to film a movie on location and, rather than be chauffeured around in a car, goes to a local motorcycle shop, buys a used bike, rides it, then sells it back when he’s done. Keanu’s experienced a lot of styles and brands, which adds to his depth as a rider. That helps us when it comes to the design and engineering.”

Reeves’ input is vital, but it’s Hollinger who brings their visions to life. “I’m not an engineer,” he says. “Even though what I may do, as part of my job, is engineer a bike, I steer away from using that title. I’m a self-taught designer and builder. I understand mechanics, geometry, and apply the knowledge I have to the design. There are plenty of tools and computer programs to help—though some of the process is still common sense and trial and error.”

While Arch Motorcycles was founded in 2011, Hollinger and Reeves spent three full years of research and development on their debut model, the stunning KRGT-1. It’s a performance cruiser, featuring a bit of a stretched, exotic look with a 30-degree rake, a 240 rear tire, and plenty of sporty elements. The 124 cubic-inch American V-twin powerplant is an S&S Cycle original, a closed loop, fuel-injected, delightfully torque-y engine. The 100 horsepower rating is nice, but it’s not as exciting as the 120 lb-ft of twist that all comes on like a sledgehammer low in the revs.

While Arch isn’t the only motorcycle manufacturer to use S&S’s V-twin, it is the only outfit to offer it EPA and CARB-certified. There’s also a unique design tweak that gives it a down draft induction system. “Typically, you’ve got side draft induction, where the throttle body and the air cleaner stick out the right side. We designed it so those components are housed between the two gas tanks. Nothing will bulge out and be uncomfortable,” Hollinger says.

It’s that attention to detail which sets an Arch bike apart. More than 200 parts for the bike are fabricated from scratch inside Arch Motorcycle’s California headquarters and factory, all lovingly assembled into the finished bike by a small staff of fewer than six people. That process varies for every order, given how tailored the bike is to its future owner.

“Each KRGT-1 is unique in fit, finish, and look. Ergonomically, you have a broad choice between forward or mid-control, with a vast array of different offsets in the pegs. You can optimize the handlebar position, the shift lever, the brake lever, and more. For the finish, we can do a raw look, with a clear ceramic protective coating to avoid corrosion, or textured and anodized parts. Or we can use traditional paint.” A quick perusal through their Facebook photos shows the range of diversity in finished bikes.

While the bikes are blisteringly quick, production is not. “This year, we’ve produced about 20 bikes, and will do a few more," Hollinger says. "If we just built one motorcycle from scratch, it would take four months, but we do parts in small batches, so we can do a few more bikes simultaneously.” Months are spent on the personalization, tweaking the ergonomics, fit, and finish until perfect. Then, the assembly and test process happens in two weeks. “The goal is to deliver a bike to the customer within 90 days of their order,” Hollinger says.

The price for bespoke, two-wheeled heaven? $78,000. Balk at that figure if you will, but these aren’t just pricey machines doubling as artistic canvases. “Our focus is a rideable bike. You can go get a custom one-off where it looks great but the ride can be awful. We have a fleet of test units on which we log nearly 60,000 miles. One of our greatest tester assets, believe it or not, is Keanu.” That’s because Reeves has an uncanny ability to break things no one else can, Hollinger says with a laugh. “Four of us will put 20,000 miles on three test bikes and not have a single issue. Keanu gets on for an afternoon and suddenly things are broken. It’s like, ‘How’d you manage that?!’ Ultimately, it makes us come away with a more refined finish product.”

Reeves plays as much of a hand in the day-to-day operations as any in-demand movie star can. “His day job can get in the way,” Hollinger teases, before noting Reeves tries to weigh in on every step, be that design, build process, or marketing ideas. “He’s very passionate about Arch, and it comes through.”

Winding through development and prototyping now is a sportier version of the existing model, dubbed the KRGT-1S. It will have a more aggressive chassis, with a 26-degree rake, 17-inch front and rear rims but still with a 240 in the back. The seat position will have you more on top of the bike, adding to the sporty experience. For his part, Hollinger finds creating a new model for Arch more challenging than doing a one-off. “You have to try to do the same thing, artistically, only inside of numerous constraints. But that means it’s more rewarding work, too.”