The cage may not actually protect the child’s head and all, but he’s still a great dad. 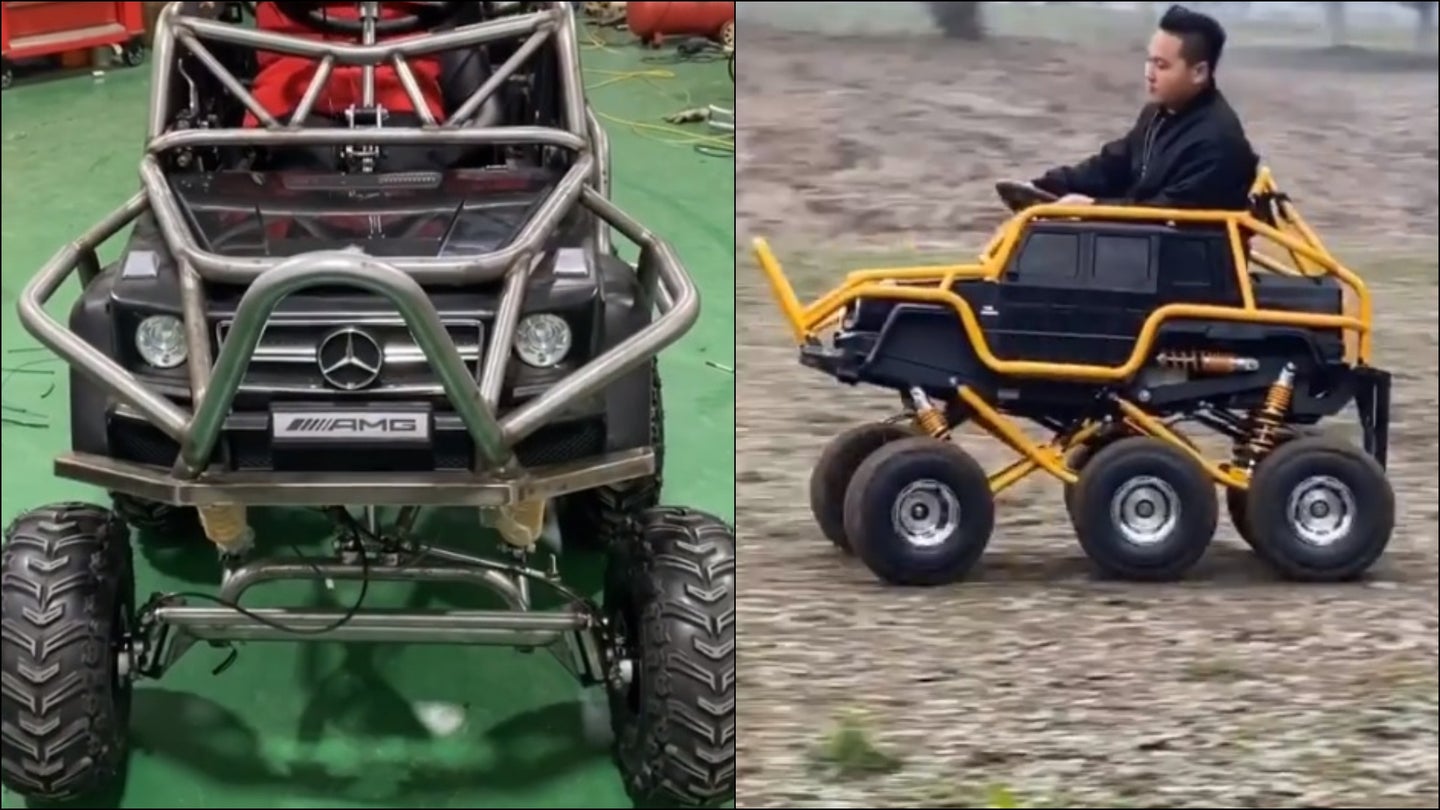 If parenting is about preparing your child for the real world, what better way to do so than exposing them to practical skills right away? You know, skills like driving big trucks, fording rivers, fabricating roll cages, welding—talents any parent would be glad to see their kid pick up. Fortunately for one Chinese boy, his father's giving him first-hand exposure to all these via the construction of a custom 6x6 Mercedes-Benz G-Class Power Wheels-like ride-on toy.

Instagram user warbear_dt, who appears to build drift trikes for a living, took a ride-on Mercedes-Benz G-Wagen, lifted the whole shebang, and wrapped it in a full exoskeleton that looks like it could be structural. He appears to have built it primarily for his son and thus made it to where it could be controlled by a pre-schooler.

"It is almost finished, and it is equipped with thumb speed control and competitive handbrake," says a translated caption on one of the Instagram account's posts. "Steering wheel angle adjustment. This is suitable for children over four years old, including adults! But getting in the car is a personal effort."

This contraption appears to have more than a healthy amount of suspension travel for what's technically a backyard toy, and it's seemingly capable of speeds that could make it dangerous for a child of single-digit age, helmet, and rollover protection notwithstanding. Though the above clip of the 6x6 moving looks like it could be sped-up, a video of the dad taking it for a spin confirms this thing is shockingly quick.

Sadly, this "Power Wheels" to rule them all appears to be a one-off project for personal use, meaning you'll probably never be able to buy one. The same goes for this Instagrammer's most recent kiddie car-based project, a McLaren P1 with drift kart wheels that's now a child-friendly drift machine. Don't get too jealous of this guy's kid and all the unique motorized toys he has, though—you can get the best of both these worlds along with a second seat by instead investing in a cheap crosskart.

You can rest easy when the former owner is the Swiss military.