Recently we highlighted a company that restores vintage Mercedes-Benz Geländewagens and delivers them flat-packed in a care package dropped from a helicopter. Meanwhile in Russia, a man supposedly fed up with with his constantly broken G-Wagen skipped the whole restoration and parachute part and straight dropped it from 1,000 feet to teach...someone a lesson. The car? The dealer? Mercedes-Benz? We may never know.

Russian vlogger Igor Moroz explained in a video uploaded to his YouTube channel last Thursday that he purchased a used Mercedes-Benz G63 AMG for roughly $200,000 in March of 2018. Since then, the iconic SUV has had continuous maintenance issues and needed near-monthly repairs. Rather than sell it and move on, he decided to exact revenge on the Mercedes by dropping it from a helicopter.

It must be stated that Moroz is a known prankster in Russia, and there's no way to determine whether this is all an excuse to make a scene, but if it means dropping cars from 1,000 feet like the glory days of Mythbusters, we're along for the ride either way.

Despite rural Russia often looking like a lawless land to westerns, one where bears ride in motorcycles' sidecars, it was surprisingly difficult to make this happen. Unsurprisingly, Moscow's authorities weren't on board with hosting this stunt within city limits, so Igor had to venture out to the Finland-bordering region of Karelia, where a helicopter crew operating out of one only two airports in the area—near a city called Pesky—was willing to make the drop. Igor and his crew slapped a social media handle on the side of the chopper, strapped the G-Wagen up, and sent it airborne. Skip to 5:00 in the video below for the money shot.

As you'd expect, even for something as legendarily tough as the G-Wagen, a thousand foot drop and a wheels-down landing leave it flat as a pancake. It's interesting how because the truck is essentially a square and hit the ground at a slight angle, it's folded flat not unlike a cardboard box that's open on both ends.

We maintain, however, that there are better ways of getting rid of cars you hate than destroying them. Even if this is pretty amusing to watch. 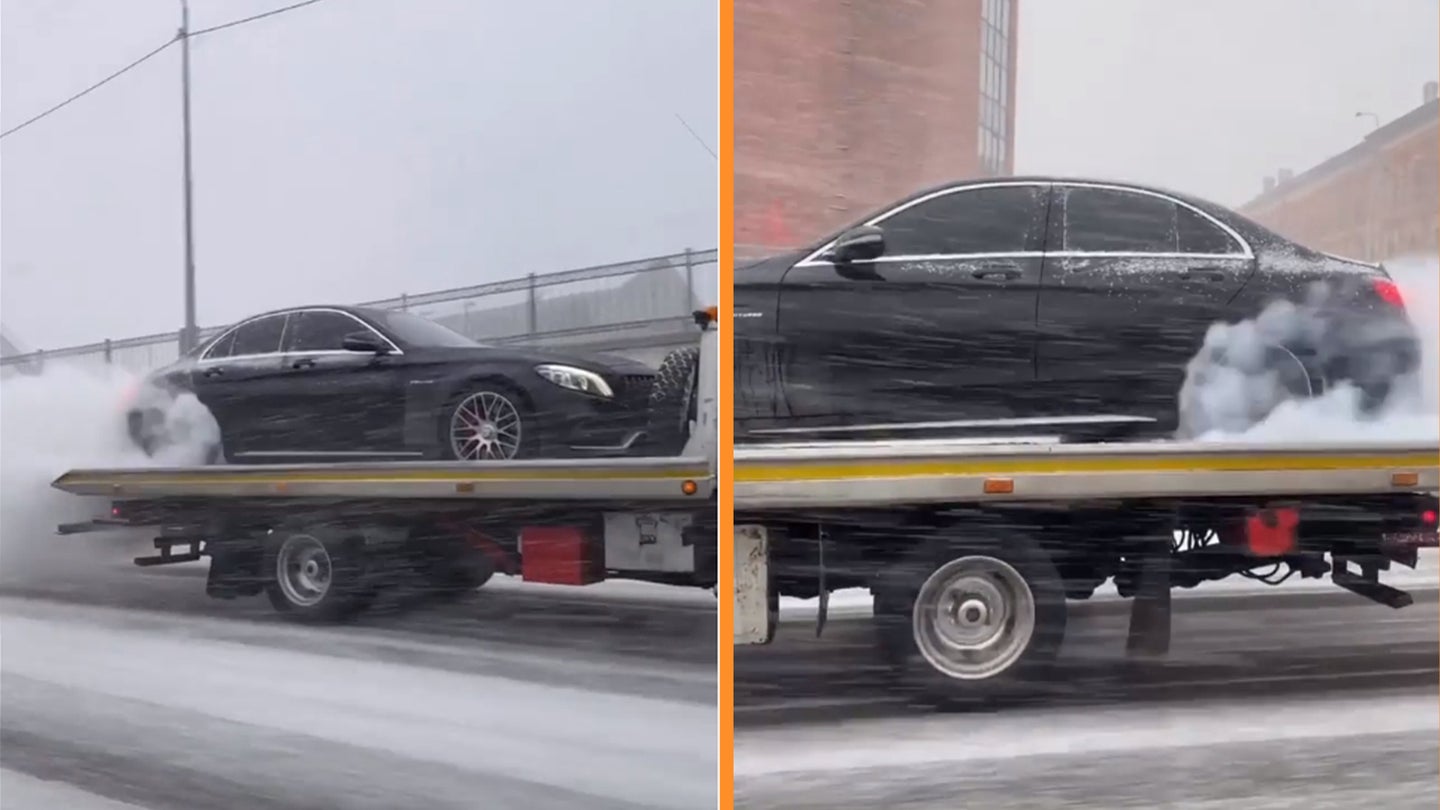 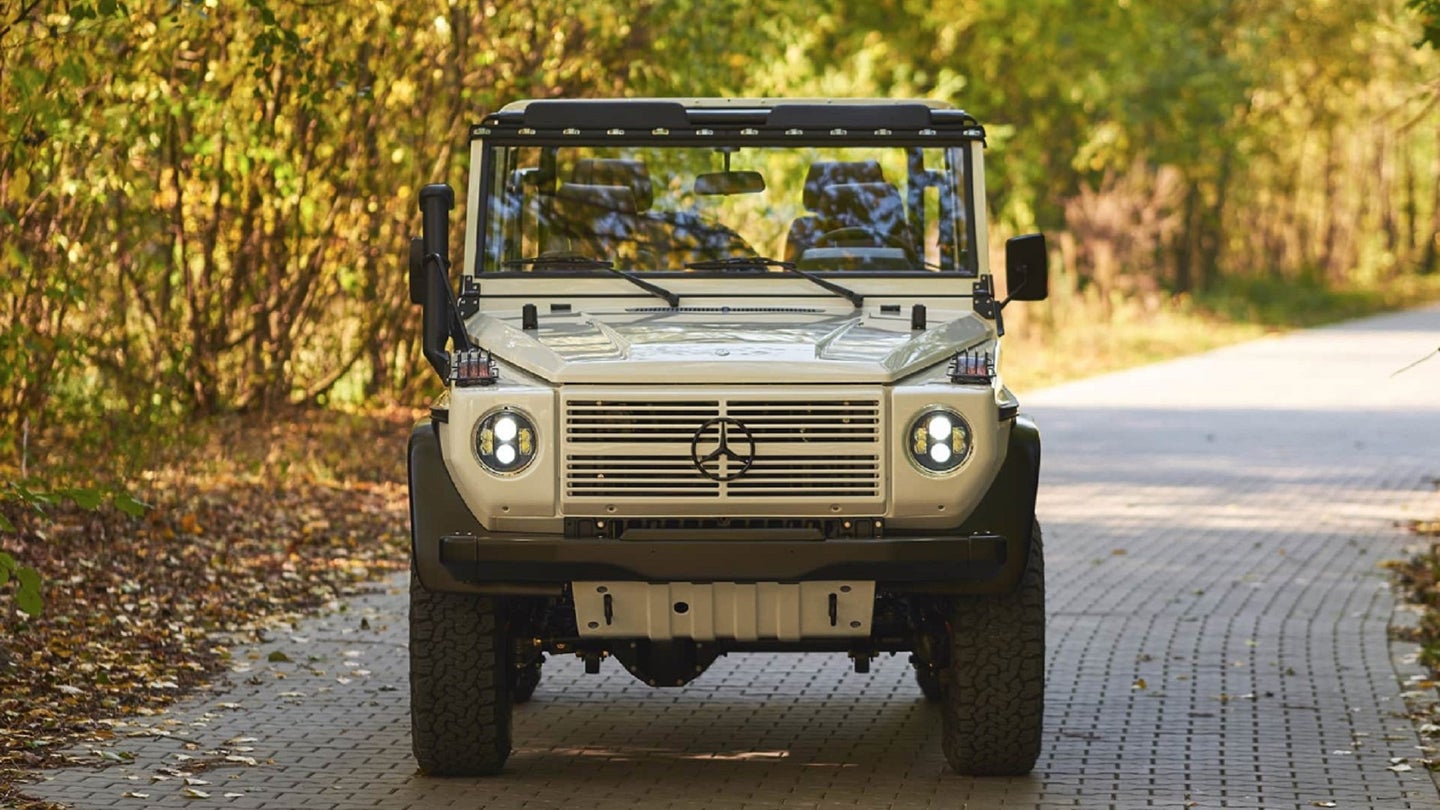 It takes 1,000 hours to build and involves everything from structural reinforcement to modern luxuries. 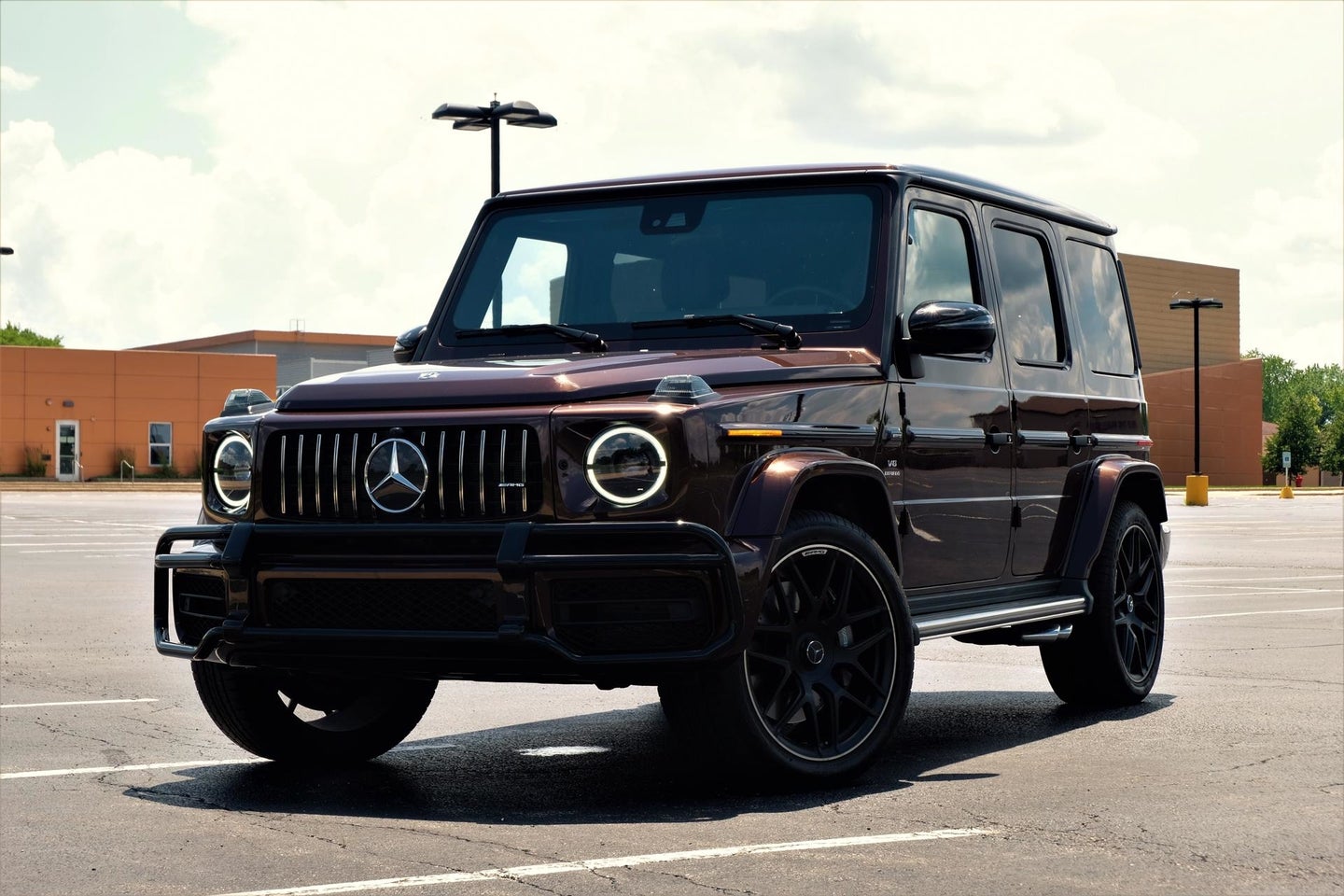