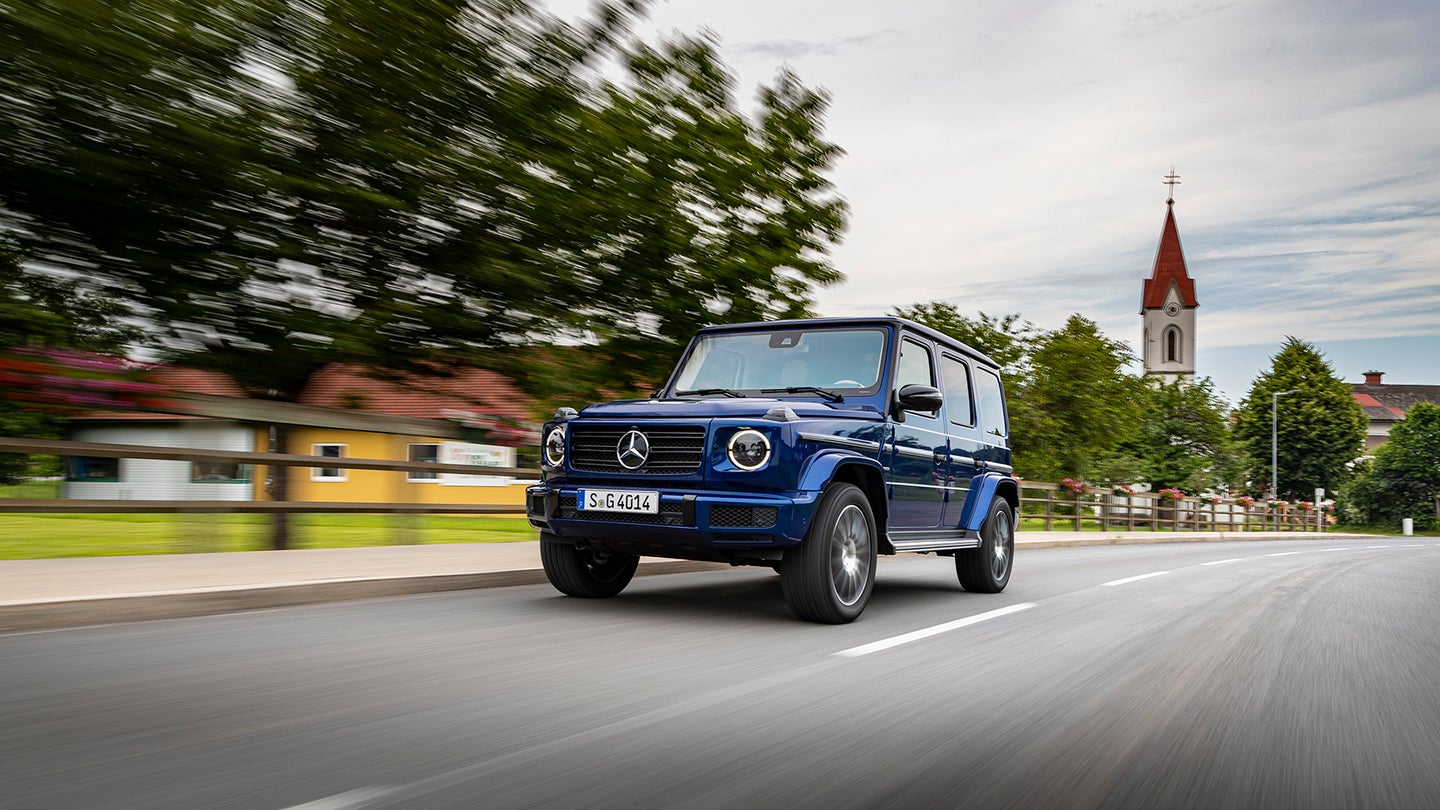 Mercedes-Benz's iconic G-Wagen SUV will reportedly join the automaker's family of EQ-branded electric SUVs in the near future. Daimler CEO Ola Kallenius confirmed that the German automaker has a battery-powered variant of its G-Class in the works while visiting the 2019 Automobile Congress in Berlin.

The news broke via a tweet from Sascha Pallenberg shared by Electrek. Pallenberg, the brand's head of digital transformation, indicated that the automaker was working to develop a zero-emissions variant of the capable Gelandewagen.

Another interesting point raised by the tweet is that the automaker had alternative discussions that involved killing the G-Wagen altogether. Fortunately, the off-road luxury SUV will remain around for some time, even after its twin-turbo 4.0-liter V8 is plucked from the engine bay.

Discussion on whether or not to electrify the G-Class appears to go back to early 2016, when the automaker first filed its "EQ" family of trademarks in the U.K., one of which was for the "EQG" nameplate. Reportedly, in 2017 former Daimler CEO Dieter Zetsche announced that Mercedes would be electrifying its entire lineup, but now it appears that the brand was unsure of the G-Class' fit in the automaker's revamped lineup at that moment. Luckily, that appears to have changed.

It's unclear at this time as to when the brand will actually begin selling the electrified G-Wagen to consumers, especially since its focus is to ready the smaller EQC for launch. It's also unknown if Mercedes will stick the "EQ" prefix to the G-Wagon given the vehicle's reputation and persona.

Surprisingly, Mercedes-Benz wasn't the first company to produce an electrified G-Class SUV. In 2017, Austrian-based energy and e-mobility company Kreisel retrofitted a new G-Wagen with a proper EV drivetrain and battery. This doesn't mean you'll be able to buy one ahead of an official Mercedes launch, however, as Kreisel's concept vehicle was simply a prototype to show off the company's technology. The actual Mercedes product will likely follow the modular design principles of other EQ-badged family members.

As an alternative, if you'd like to lust after an American electric SUV, perhaps consider ogling Bollinger's new toys or perhaps Rivian's classy SUV.

When reached out to by The Drive, a Mercedes-Benz USA spokesperson said it had "no further comment to add at this time."