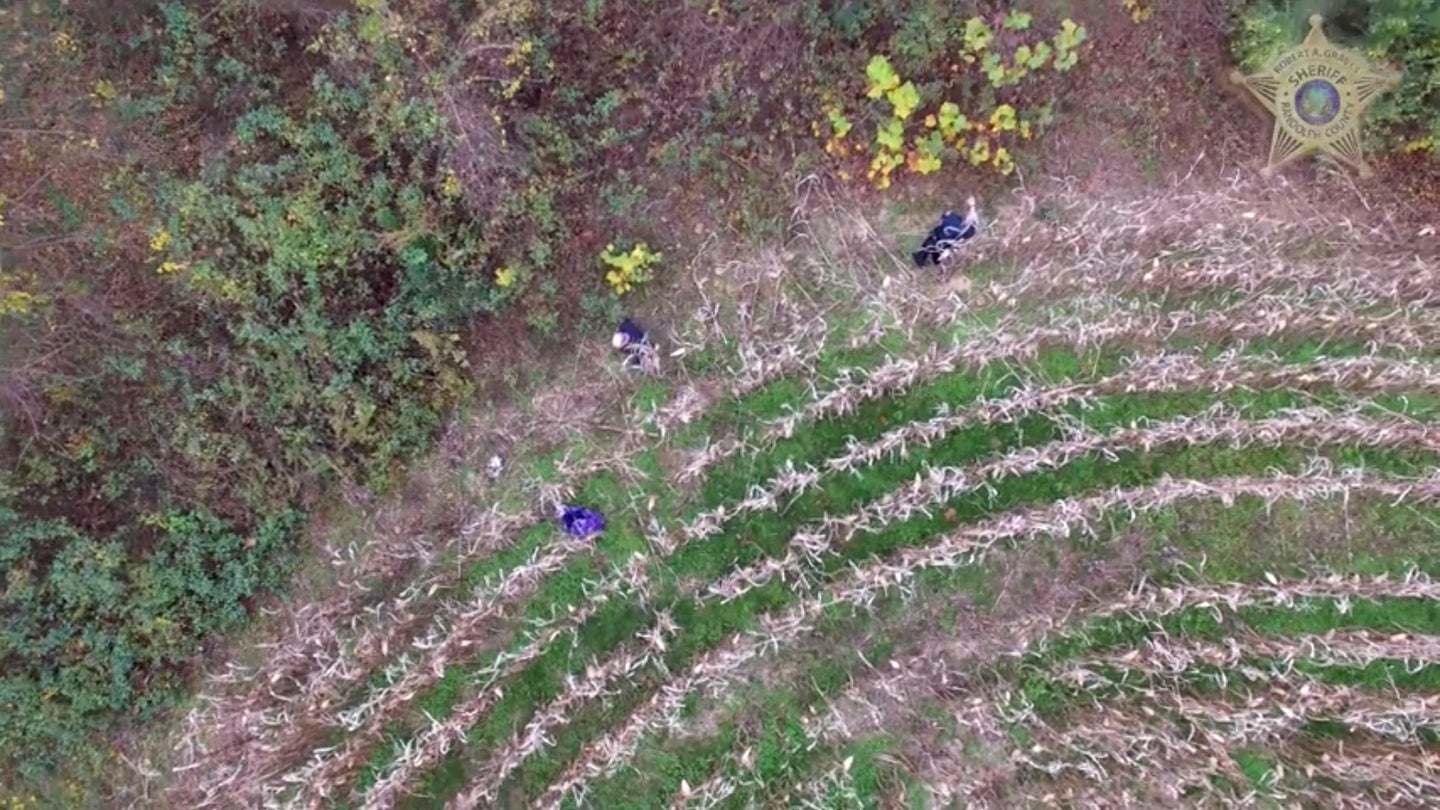 Folks, when it comes to search-and-rescue, drones are one of the most invaluable tools we currently have. unmanned aerial vehicles can reach vantage points previously only available via helicopter—which costs time as well as money—and can be modified with thermal imaging cameras, live-streaming cameras, and more. Simply put, if you were lost in the mountains or other difficult terrain, you’d want the emergency service in charge of finding you to use a drone - at least as part of their tool set. This Sunday, an 81-year-old woman got lost in a cornfield in Asheboro, North Carolina. Once a UAV was implemented into her search, it took less than 30 minutes to locate her.

According to Fox News, Mary Brown was taking a walk near her home but found herself lost around 11.30 a.m. that morning. The local Randolph County police department deployed a drone to find Brown once they noticed being impaired by the “difficult terrain and a cornfield” standing in their way. According to Brown herself, “[The cornfield] ain’t too far, I went a long way from there. I went to the river and then backtracked.”

The type of drone used in Brown’s successful rescue isn’t clear yet, but fortunately for us, the Randolph County Sheriff’s Department posted part of the raw footage recorded that day.

From the footage, you can see Brown standing beneath the UAV—which spotted her moments earlier. Two officers approach, while the drone hovers above. Sherrif Robert A. Graves stated in his Facebook post that “The Drone pilot, Officer Adam Krolfifer was able to locate the missing person within 25 minutes. The Drone program at the Sheriff’s Office is one of our newest projects and one more project in our effort of going from ‘Good to Great’ in professional community service.”

Graves is on the right track here, as we’ve collectively noticed in the past few months. Search and rescue teams benefit hugely from the added benefit of a UAV’s affordability and capabilities. Police departments all over the country are clamoring for looser regulations when it comes to drones in law enforcement. If it weren’t for the UAV used in Asheboro, North Carolina on Sunday, it’s not certain what would’ve happened to Mary Brown.