Russian drone pilot Denis Koryakin managed to fly his UAV to cruising altitude for jetliners. While the footage is impressive, the act is troubling. 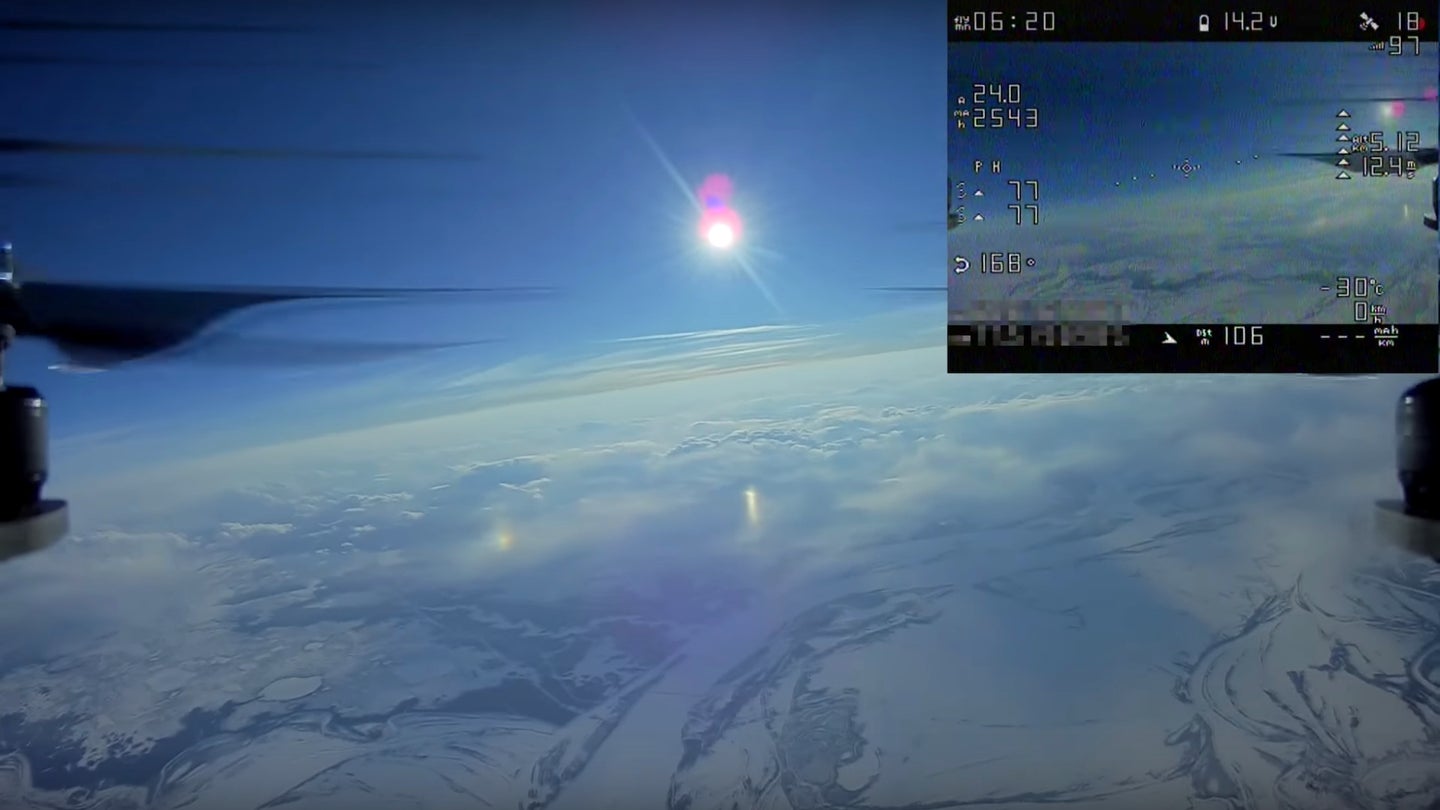 We’ve all seen some pretty impressive drone footage at this point. Whether it was that impressive aerial tracking shot in the news, or raw video of a camera-drone crashing atop the Apple Park Campus solar panels, drone footage is becoming ubiquitous. Most recently, we’re lucky enough to witness a hobby drone in Russia climb to 33,000 feet. While the end result is a stunning overview of the Asian continent, there are some troubling concerns inherent to this achieved event.

According to Fstoppers, Russian drone enthusiast Denis Koryakin piloted a small racing drone customized for high altitude conditions to reach these heights. What’s slightly less impressive, however, is that this is territory reserved for commercial airplane traffic. Intruding upon cruising altitude like this is unfortunately not illegal in Russia, but it is, inarguably, dangerous. In a time where near-misses in the U.K. have more than tripled in a mere two years, it’s not particularly heartening to see yet another UAV occupying airspace that could’ve led to potential misfortune.

Regardless of the irresponsible use, the footage itself is simply incredible. Let’s take a look.

Koryakin reportedly fitted his drone with seven-inch propellers and kept the motors powered low enough to maintain the energy required to climb continuously in an environment where the air keeps getting thinner. Powering these motors was a 4S battery which allowed the drone to reach this altitude. All in all, the total flight duration was 26 minutes.

As perhaps the most practical trick employed during this mission, Koryakin reportedly set the drone’s horizontal position on hold via GPS, providing for little to no drifting from side to side during the ascent. Whether that was mere luck—regarding the weather conditions of the day, in that location—or the drone itself was an impressive piece of engineering, is unclear. What is clear, however, is that sensible drone use should be at the forefront of these stunts, and the fact that this went off without a hitch was partly due to luck.

The remains of the deceased drift into the stratosphere using high-altitude balloons.