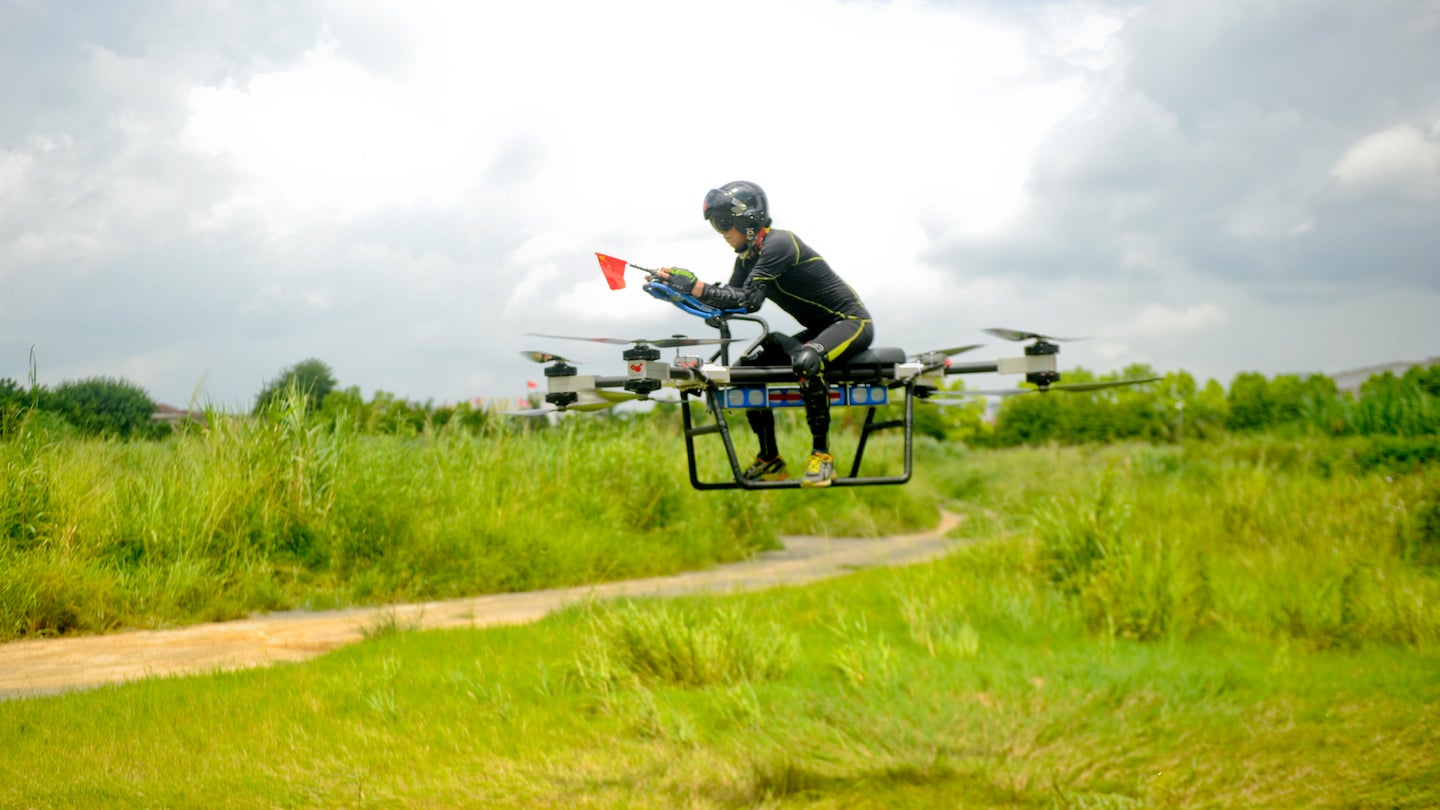 A 40-year-old Chinese drone technician in the Guangdong province has been developing a flying motorcycle for the past two years and has already completed 1,564 test flights, according to The Sunday Times. Zhao Deli’s engineering skills have resulted in a manned aerial motorbike that can reach speeds up to 43 miles per hour, leaving comparable efforts in Russia and Dubai in the dust.

Deli’s “Jindouyun,” which translates to “somersault cloud” and describes the Monkey King’s aerial feat in the Chinese novel, Journey to the West, has seen its fair share of disastrous iterations over the past couple of years. The very first test flight, for instance, saw the drone’s batteries catch fire. A whole year later, another test flight concluded in a crash landing. Now, 1,546 test flights later, Deli’s motorcycle drone seems to be thoroughly refined and ready for action; at least, Deli thinks so as he’s reportedly eager to take his creation on a 3,400-mile expedition along China’s Yellow River.

The photographs above, courtesy of China Daily, seem to indicate that this vehicle is capable of cruising along at an altitude of around 10 to 15 feet. The drone’s 30-minute maximum use is likely Deli’s current focus if he ever wants to go on that aerial road trip without stopping to recharge the batteries once an hour. On the other hand, the Chinese engineer says this project isn’t just about personal satisfaction or vanity, and that he hopes the Jindouyun will eventually see agricultural implementation such as aerial crop spraying.

Ultimately, Deli’s ambitions are admirable and his solo effort in engineering this thing is even more impressive. It’s exciting to see your standard everyman accomplish something that only a few years ago would have seemed like pure science-fiction. With the modern affordability of drone technologies and a little bit of ingenuity, flying motorcycles have seemingly become just as feasible as their grounded counterparts.