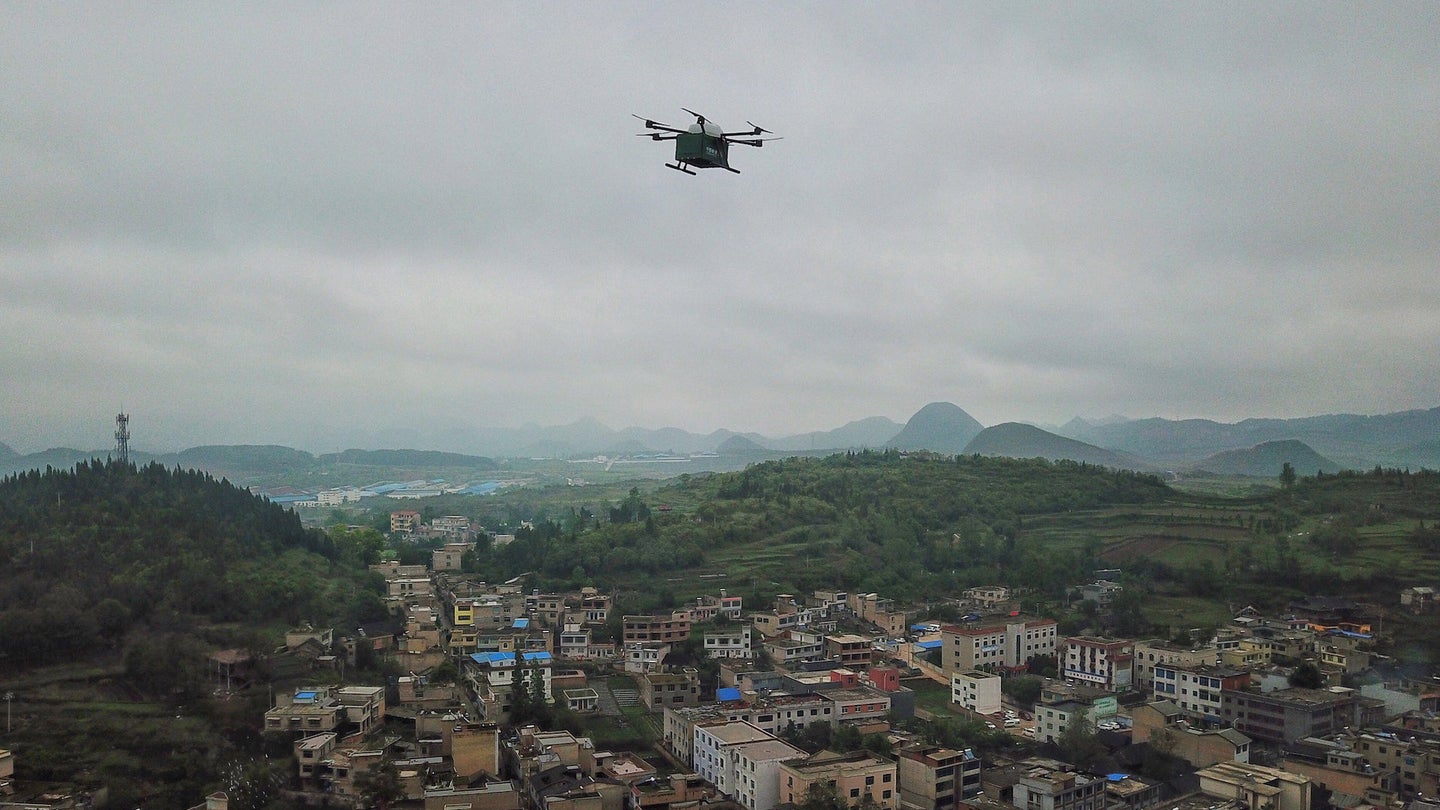 These 17 new aerial delivery routes are located in an industrial area in Shanghai, and will effectively provide consumers with faster delivery speeds, and decrease operational costs for the company. During an Ele.me event in Shanghai Tuesday, the company claimed users would receive their orders within 20 minutes upon receiving an order confirmation, and that the newly approved drone deliveries would provide more than 100 food merchants in the area with increased business.

Under this newly authorized system, drones will deliver meals between two fixed locationsalong each of the 17 routes. A delivery man will take your order from the restaurant to the nearest drone-hub, deploy the unmanned aerial vehicle, and rely on a second employee to receive the drone’s payload at the following hub, to then deliver the meal to its final destination.

While not perfect, this new method will ideally cut down costs and pollution while increasing convenience and local economic growth. Ele.me claims its delivery personnel will effectively see a five-fold growth in income through this method. Fortunately for customers, as well, choosing this aerial variant during an online meal order won’t carry any extra cost.

As for the drones being employed here, Ele.me’s E7 drone can carry a 13.2-pound (6 kilogram) payload at up to 40 mph (65 kph) for up to 12.4 miles (20 kilometers). That’s more than enough power and stamina to transport your standard lunch or dinner order.