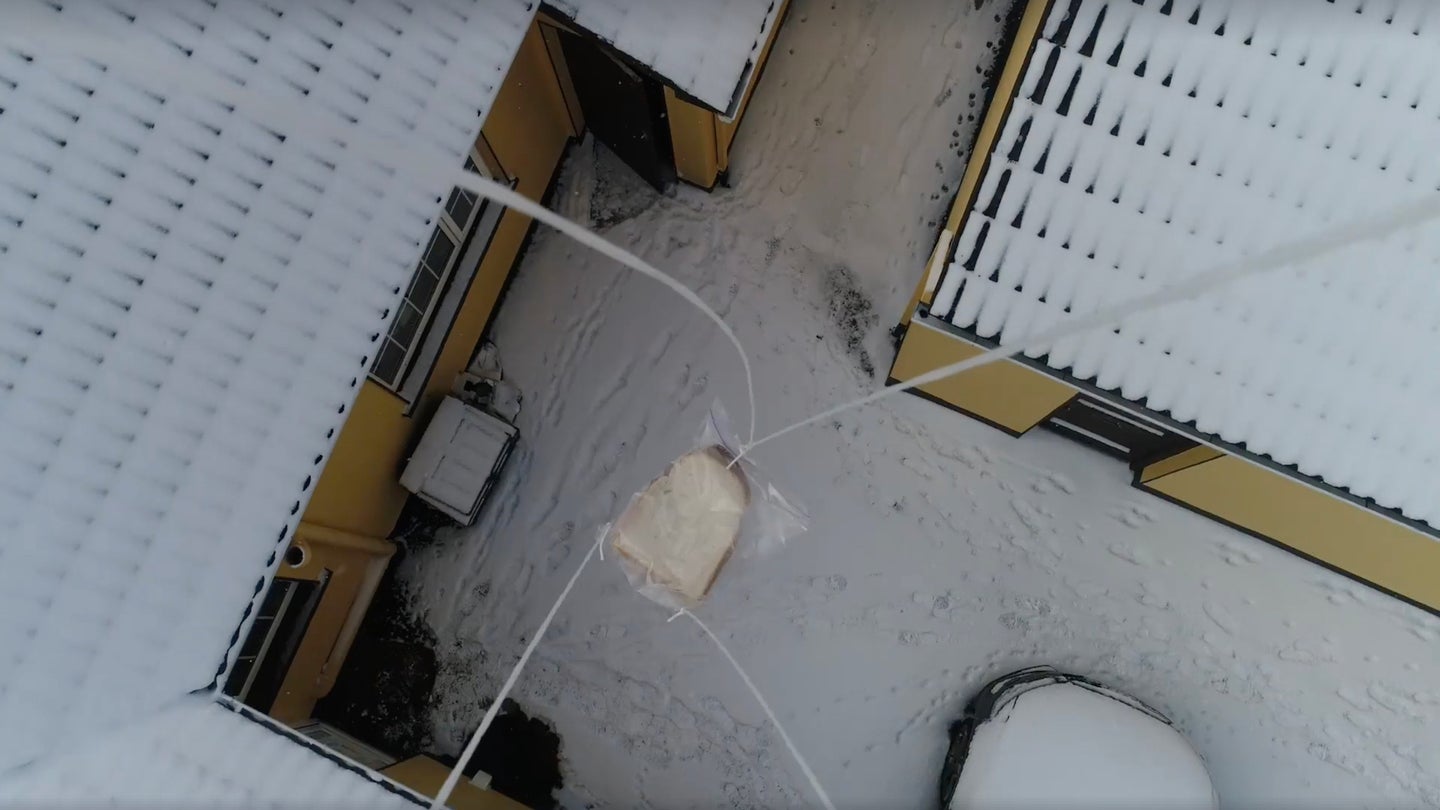 With the impending arrival of Winter Storm Riley aka "Beast from the East" on the east coast of the U.S., many are stocking up on food and water, and supplies. While this type of preparation is usually dismissed as an overreaction, folks all over Ireland have been confronted with a shortage of bread in their local supermarkets, due to the storm’s effects on public infrastructure. One benevolent citizen, however, took it upon himself to deliver some of his own bread to citizens using his drone.

Fortunately for the rest of us well-fed viewers, Patrick Mungovan posted the footage of this aerial Robin Hood-inspired activity on his Facebook page. According to his Facebook post, Mungovan offered his gracious services to compatriots far and wide. “If anyone living within a 3 mile radius of my house needs some bread, PM me and i will fly some over to you!” he posted.

As of today, this generous resident of Clare, Ireland delivered food to those confronted with a lack of bread to two people. As The Daily Edge reports, Mungovan “Delivered four to my sister in the video and another four to another neighbor.”

Let’s take a look at the raw footage of Mungovan delivering bread to his sister, shall we?

According to The Daily Edge, people have caught wind of this, as is apparent from the more than 10,000 views Mungovan has attracted to his post, and have begun to place personal deliver requests to Mungovan. As of right now, it seems as though this has remained an exclusively local affair and only involved his sister and a neighbor. Nonetheless, this is what local drone delivery looks like in 2018. While governments and corporations are attempting to establish clear, cohesive drone delivery regulations for U.S. and European airspace, one trusty citizen simply used his own personal unmanned aerial vehicle to break bread so to speak with family and neighbors. Well done, sir.