It's unclear if this now-famous rodent is the same one from "pizza rat," "donut rat," and "jump-in-your-face rat." 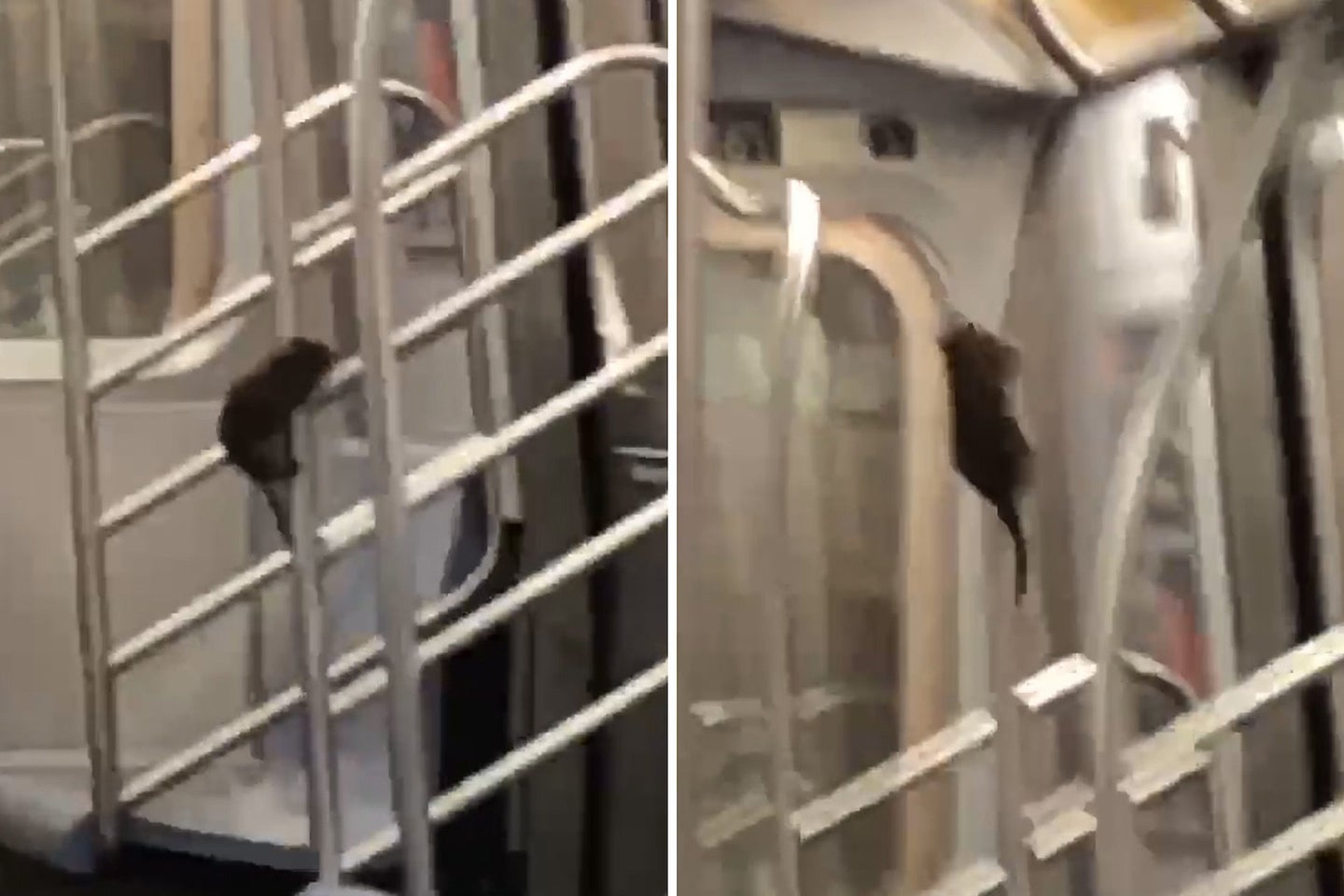 Think your morning commute is stressful or boring? Consider yourself, lucky, because at least you’re not sharing a subway car with a rather hefty rat trying desperately to climb up a handrail.

The equally hilarious and disgusting video surfaced on an Instagram account called @SubwayCreatures, and by the looks of its posts, we can assume they mean the actual subway and not the popular sandwich joint. Regardless, the comments on the video run the gamut from openly disgusted to amused and amazed. Some really took it to heart, as a follow-up video actually uses the rat as a reason to leave the city altogether.

Determined as it is, the pole-dancing rat is not the first (and won’t be the last) rodent caught on tape in the Big Apple. There was pizza rat a few years ago, followed by donut rat, and even a rat jumping on a guy’s face on the train. At least pole dancing rat is minding its own business.

As for the person that took the video, his cinematography skills were rewarded with free MetroCard for a year. Hopefully they use their newfound mobility to catch more industrious animals on film for our mutual ridicule and disgust.

The next time you’re bemoaning the hassle of your morning commute, just remember that you could have been one of the people stuck on the train with this rat—or worse, the rat itself. Somebody help the poor guy get up the pole already!